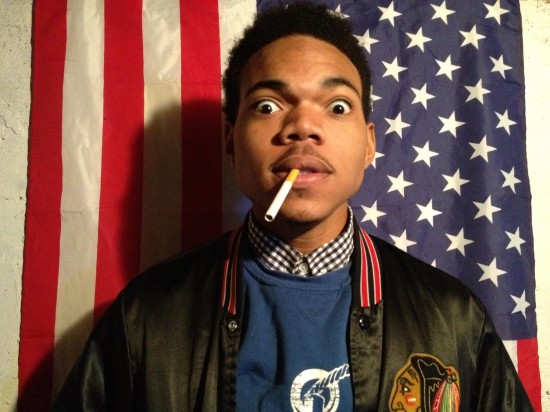 The Get Familiar! series is finally back with a very worthy artist. This week’s installment features a young Chicago emcee that is quickly on the rise: Chance The Rapper.

Last Tuesday (April 3) Chance released his highly anticipated mixtape, “10 Day,” which trended in Chicago on Twitter for most of the day. It’s named after the 10-day high school suspension that Chance served. During the suspension Chance came up with the idea and began creating the music for the project. “10 Day” exhibits production and features from other Chicago artists on the come-up, as well as Chuck Inglish of The Cool Kids.

Chance has one of the most versatile and unique flows in the game, which includes some singing, downbeat rhymes, and hard lyricism. All of these flows and more are displayed on the “10 Day” mixtape.

The head-nodding, lyrical flow is best displayed on songs like “14,400 Minutes” and “U Got Me Fucked Up,” whereas the singsong flow shines through on tracks like “Family” and “Hey Ma.” The song “Juke Juke” has been well received by many over the past week, and begins with a sample that will bring nostalgia to many hip-hop fans.

Other standout tracks include “22 Offs” and “Fuck You Tahm Bout.” In both, Chance showcases lyrics comparable to the old Eminem, while including a similar in-your-face delivery. The “22 Offs” music video was recently spotted on MTV2, showing that Chance is quickly gaining some well-deserved popularity.

Don’t expect Chance to fade away anytime soon, because his “10 Day” project is the best complete mixtape that I have heard since Drake’s highly praised “So Far Gone.” And we all know what Drake turned the success of that mixtape into.

So give “10 Day” a listen — it’s available for free online — and stay ahead of the curve before Chance gains his soon-to-be superstar status.