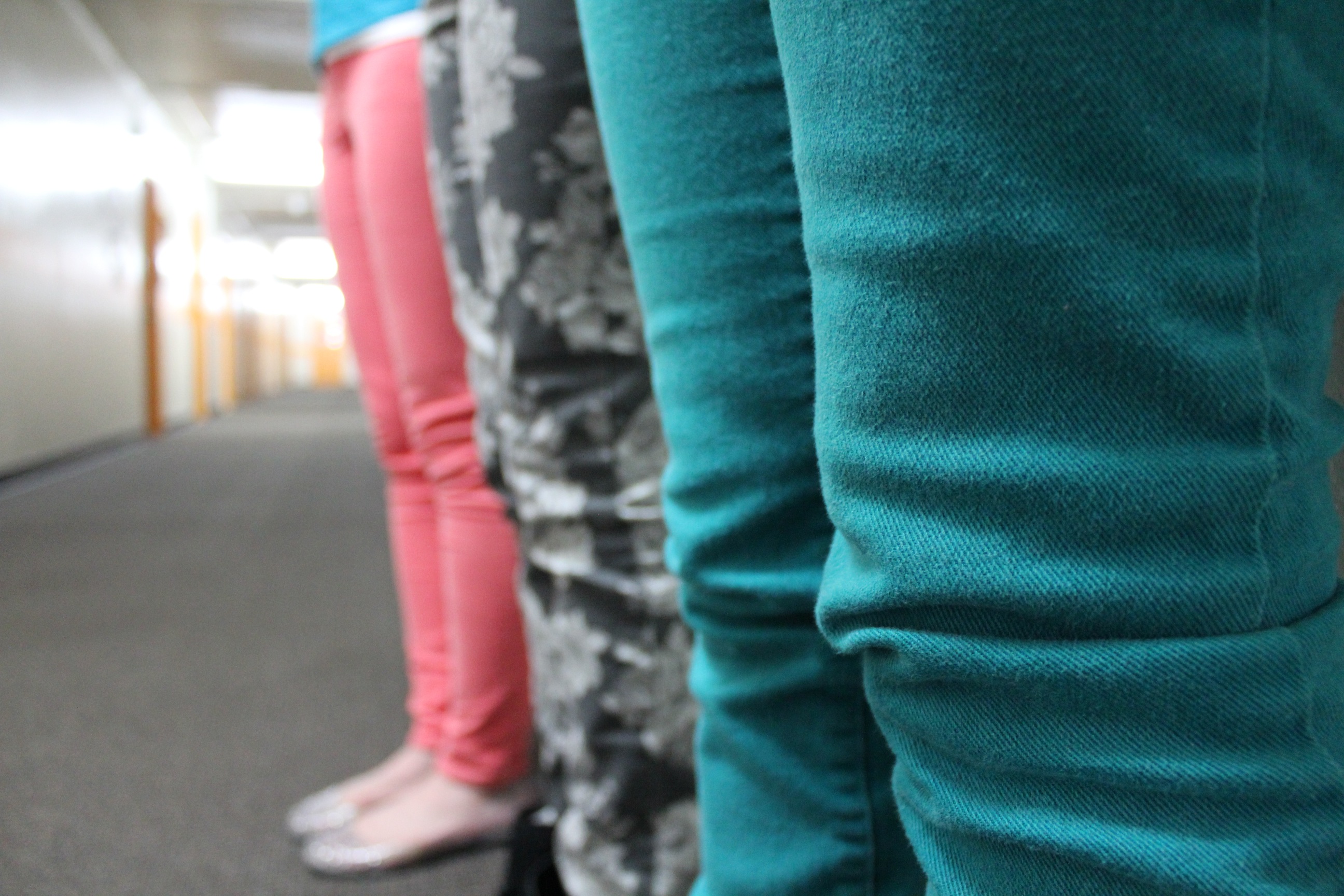 Winter can be so tricky. Because it’s cold, most of us stick to jeans instead of switching it up with dresses and skirts the way we do during the warmer months. When all you is jeans, it’s easy to fall into a rut of wearing the same ones day in and day out and become bored with your wardrobe.

Luckily, a new trend has come to the rescue: colored pants.

It used to be colored pants were worn only by Howard from “The Big Bang Theory,” but not anymore. Jeans are moving away from the traditional blue denim and becoming available in light and dark shades of blue as well as every other color imaginable. Stores are carrying anything from red to purple to green to yellow and although the trend started over the summer, it’s still on the rise.

“I have red, coral, gray and black,” Dymond said, adding that she finds them at Kohl’s and Aéropostale.

Although she mainly sticks to blue jeans, Dymond uses colored pants to break up her routine.

“I wear colored jeans once every week or two,” she said. “Regular jeans- I wear probably three days a week. Leggings or yoga pants take up the rest of the days.”

When she does break out her colored jeans, she keeps the rest of her outfit simple.

“I usually wear a plain colored shirt with them like gray, white or black to keep things from being overwhelming,” Dymond said. “But I do like to match a scarf, headband or my jewelry to the jeans to bring out the color.”

Shoes vary depending on the season.

“Right now,” she said, “I usually wear them with brown or black boots. In the summer, I prefer to wear sandals with them.”

Dymond said she considers her coral jeans as her first shot at putting color on the bottom.

“I got them because I wanted something brighter for the summer. And I like having color in somewhere other than just a shirt or jewelry. It’s fun to bring color to your style in a different way,” she said.

Her advice to people who want to wear colored jeans?

“Keep everything else you wear pretty simple. You don’t want to overdo it with too many colors or patterns,” she said.

Adrienne Hall, a journalism major from Novi, had similar advice.

Hall owns two pairs, finding her red pair at Goodwill and her lime green pair from Rue 21. She wears them once or twice a month, she said, generally pairing them with a neutral top (usually black), earrings and a necklace, black riding boots and Toms or cute sneakers.

Although patterned jeans are quickly becoming huge as well, Wal Mart being the latest to join the trend with a line of florally patterned bottoms, neither girl said they owned a pair.