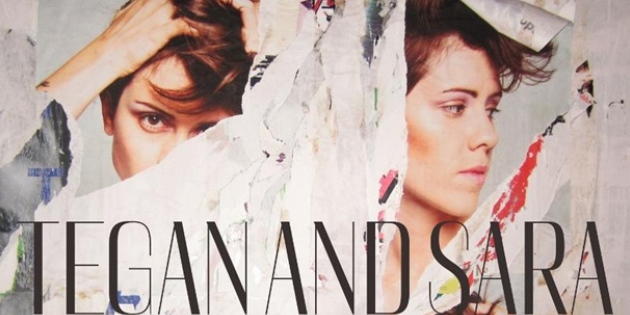 Canadian songstresses, Tegan and Sara Quinn teamed up for their seventh studio album, “Heartthrob.” Released Jan. 29, the album received an abundance of buzz from anxious fans. In the past, the band has unveiled albums consistently in two-year increments. However, fans have been yearning for the indie pop sensations’ music since 2009’s “Sainthood.”

Overall, it’s uncertain if “Heartthrob” was worth the wait. The duo is famous for the unique vocals unconcerned with ease of live performance, and they certainly aren’t begging for commercial airtime. Former tracks like “Not With You” could be messy live but that was part of the band’s appeal, every audience had a unique, quality experience. It seems that the latest release has eliminated experimental vocal mood swings in tracks tightly wrapped and ready for the airwaves.

“Heartthrob” is available in full on SoundCloud. Click to hear!

“Heartthrob” is an album solely concerned with love. Both Tegan and Sara vocalize painful and fond memories of past relationships. The album consistently reminds listeners of squeaky tight and catchy pop tracks from the late ‘80s and early ‘90s.

Because the duo has appeared numerous popular soundtracks like “Grey’s Anatomy” and “The L Word” some of the tracks seem like just that, background music to something more substantial. Songs like “Love They Say” and “I Couldn’t Be Your Friend” seem like they’re missing something, like Joey and Dawson of “Dawson’s Creek” in a deeply tumultuous dilemma over going-all-the-way.

Tegan and Sara have grown up. Now 33 years old, perhaps the twins have decided to take the art of money making and commercial success a little more seriously. Perhaps the time for outrageous lyrics and macho haircuts has passed. The songs guide listeners through the duo’s growth through relationships and in the past years, and it seems, it’s now time for them to mature in their musical identity as well.

It seems the album itself is a relationship with its own intoxicating highs and sadness. “How Come You Didn’t Want Me?” is a ballad for anyone struggling in a one-sided relationship and the pain in the vocals is real as they sing, “Tell me why you wouldn’t try and keep me!”

However, every relationship also holds moments of mediocrity. For the few flat pieces Tegan and Sara give in their ten-part album, there are some tracks with choruses so sticky sweet, they’re destined for success and a worn repeat button.

Single “Closer” is a fantastic track that will want listeners to dance around, clap their hands and dump glitter everywhere. The first song on the album, it kick-starts the beginning of the relationship in a fairly direct manner as the sisters sing, “All I dream of lately is how to get you underneath me.” Check. Now we’re listening.

“I Was A Fool” is also one of the album’s brightest moments. The soft piano guides the gentle vocals. While this isn’t exactly a ground-breaking moment for Tegan and Sara, it still does a great job of showcasing their vocal talents.

“Heartthrob” winds down perfectly with the swooning “Now I’m All Messed Up.” The song is powerful with piercing vocals demanding a significant other, “Go if you want to! I can’t stop you!” All the while, background vocals quietly beg, “Please stay.” This is one of the most memorable and irresistible songs on the album.

While the large gap between studio releases was less than ideal for fans, it was necessary for Tegan and Sara to decide on their new, matured personal and musical identity. With a faithful indie following, it’s unlikely the duo will lose any meaningful fans. They only stand to gain airtime and album sales with the guaranteed success of a contagiously poppy, largely risk-less track listing on “Heartthrob.”