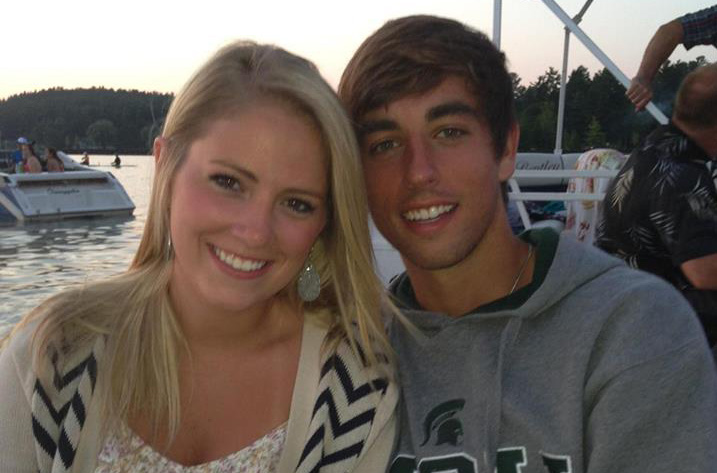 In less than a month, it will be two years since I met the love of my life in the most unexpected way. During my freshman year at a community college I decided to drop my hardest class after the first week, and go out on a limb and do something that I had never done before: study abroad.

Now this study abroad course was not to some lavish place where we would explore, it was to the Dominican Republic where we would stay at an orphanage over spring break and teach English at the orphanage and a local school. Walking into class, no one was interacting with one another or even looking at each other, but I noticed a very attractive guy sitting across the room wearing a cardinal and gold USC Trojan hat. We learned each other’s names as the weeks went on (his name was Garrett) and we learned more about the class and what to expect.

Spring break was finally here and we all piled onto the bus; I was in the front, Garrett was in the back. When we finally arrived at the airport, he was not feeling well and I had some medicine, so I thought this would be the perfect time to talk to him and get to know him, but he got medicine from the professor instead. As the break went on in the Dominican, we started talking about where we were from, what we liked and didn’t like, where we wanted to go and I thought to myself, “this guy is everything I have been looking for.”

The last day there, we took a field trip to the beach. In order to get to the beach, you had to go down this steep hill down a narrow path. It was beautiful! After a couple hours and a sun burn later, it was time to leave but once I got to the bus, I noticed I had left my hat on the beach.

Garrett did not hesitate to take the treacherous trip down to the beach and back up that hill. When I saw him come up over the edge of the hill, with my hat in hand, I knew this guy was something pretty special. Once back to Michigan, we continued learning more about one another and one month after leaving for the Dominican Republic, we started dating and have been inseparable ever since.

There is not a day that goes by where I do not thank God for leading me to that study abroad trip and to the love of my life. Any day with Garrett Gahn is the happiest day of my life.