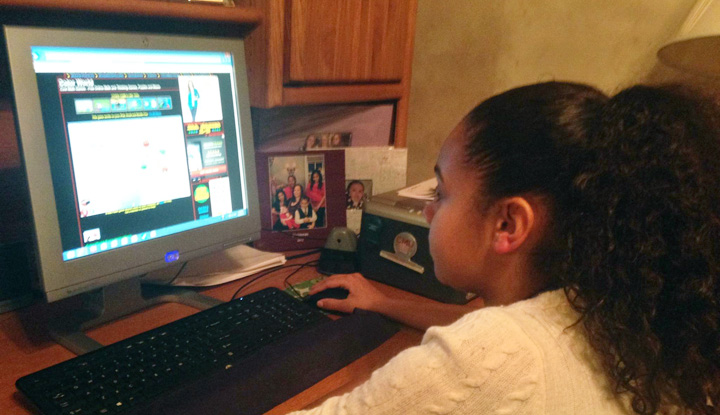 My niece’s sixth birthday served as a large wake up call for me as far as the future of our society is concerned.

It all started when I asked my sister what Navi, my niece, wanted for her birthday. She looked at me and said, “An iPad.” My jaw dropped to my toes and I muttered, “Like a real iPad?” She shook her head ‘yes’ and told me she was serious after my perpetual questions of her sanity.

When I asked Navi why she wanted an iPad her response was quite self-explanatory, that’s what they used at school. I pestered her further about what she needed an iPad for, ‘what about dolls?’ I asked. She said she needed to learn how to use more apps. At six years old, she probably knows more than I do.

The question is raised, “what next?” Technology is taking over children’s brains and morphing them into adult-like habits at the elementary age. When I try to talk to my other niece, who is 12, she is nose deep in her smartphone playing games and when it comes time for a family meal it’s like asking for a root canal to get them off the computer.

Is it too much? I think, yes. The value of face-to-face communication is not dead in my book. Expressions speak volumes and emojis aren’t going to cut it in the real world. I hate to be the girl that seems stuck in the past because I know I am glued to my iPhone and practically live on Twitter. But not knowing how to communicate outside of the cyber world is unrealistic.

At six-years-old I was playing with Barbies and got excited over a game of Life. Our world now is infested with children full with dead glazes behind various screens. It’s no surprise that obesity is at an all time high. Can you recall the last time you saw kids playing outside?

There’s no draw to adults in this topic either. “Romantic” texting and tweeting has replaced candle-lit chatter and an intellectual conversation in the park. The true lust of seeing a person’s face while they communicate has disappeared. As well as with careers, the technological advances we have in our generation has completely transformed communication via the forces of virtual tools.

Don’t get me wrong– I love my Macbook as much as the next common cybergirl but at night I’d rather cuddle with a person.