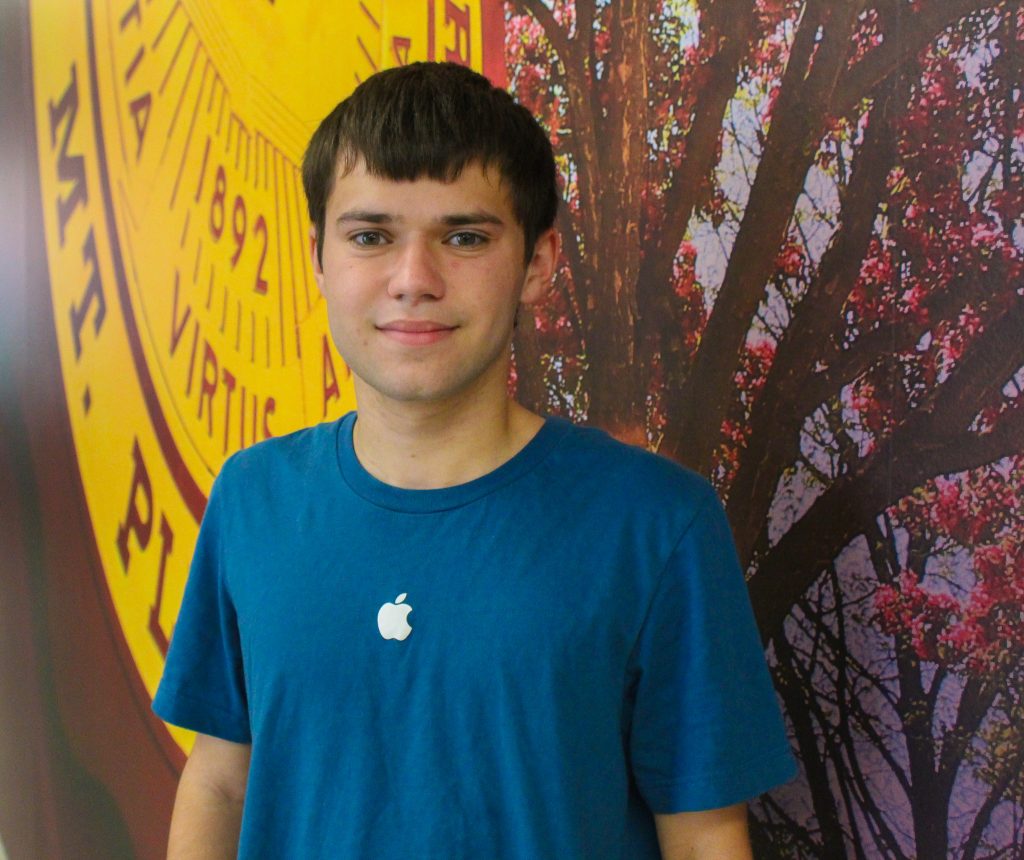 The diversity on campus is what makes Central Michigan University unique. Everyone has different interests that allow them to achieve their dreams. Who knows who you’ll meet next!

From Clarkston, Mich., Central Michigan University sophomore Ryan Hardtke shared one of his dreams that he hopes to fulfill here at CMU.

Majoring in Information and Technology, Hardtke wants to work in corporate after graduation. “I like working with laptops and desktops, making them as fast as possible; improving the Terms and Conditions,” Hardtke said.

Hardtke took many steps to achieve his goals and to get to where he is today.

Before coming to CMU, Hardtke had 13 different certifications in the technology field. “My Information and Technology teacher at our high school in Clarkston helped prepare me for the classes that I would be taking at CMU,” he said.

Not only did CMU make Ryan feel welcomed but his dad inspired his decision in coming to CMU. Hardtke’s father, who also works in technology, loved CMU’s technology program. “My dad looked at all the programs around Michigan and CMU had the best one,” Hardtke said.

This past summer, Hardtke worked for Apple as an At-Home Advisor. He spent time answering phone calls about any issues that people had with their phones, watch, iPad or air pods. Although the job was from May to August, Hardtke enjoyed every minute of it.  Working for Apple allowed Hardtke to apply his major to real-life scenarios.

What’s in store for Hardtke?

Hardtke wishes to hold another job in technology, but it’s not his priority right now. He’s focusing on his IT classes and making sure he gets good grades. “It would be cool to work for Apple again, or even Intel or AMD, making chips,” Hardtke said. “I would have to move to California after graduation.”

Hardtke advises anyone that is interested in Information and Technology to stay on top of their studies. “Use your time wisely and never get behind.”

Watch out Apple, we have the next Steve Jobs.