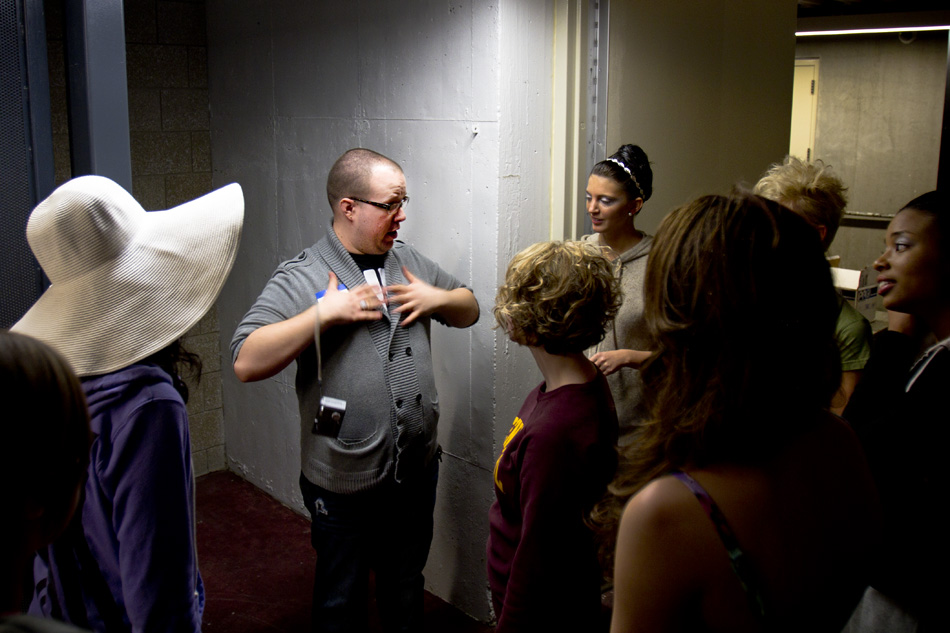 THREADS is a student-run fashion show production and exhibition put on by the Fashion Association of Merchandising and Design. This was the first year the show was in McGurik Area, at the new Central Michigan University Events Center.

The doors and exhibition opened at 6 p.m., with the show debuting at 7 p.m. General admission was $10 and VIP tickets were sold for $15.

“Lost in the SnowFire,” is how Jason Gagnon, an apparel merchandising and design junior and co-producer of THREADS, described his line. This was his very first time producing the show alongside, Alissa Berriman.

He looked to nature and blossoming flowers for inspiration for this collection. For his line, Gagnon pictured the early spring time, when the snow is thawing and the air is full of fog and mystery.

The collection was all about flow and movement, with very tense colors.

When asked about his line, Gagnon said his clothes were for the modern, feminine women, with a taste for new age fashion. His pieces were made for all types of women, with all different body shapes.

His pieces were draped across his models, and were made of different types of silk and denim which he hand dyed

Katie Grover, a 16-year-old and a sophomore at Alma High School, as well as Gagnon’s cousin, was a model for him in the show. Grover said it was a lot of fun modeling for her cousin and she loved the denim and beaded neckline of her outfit.