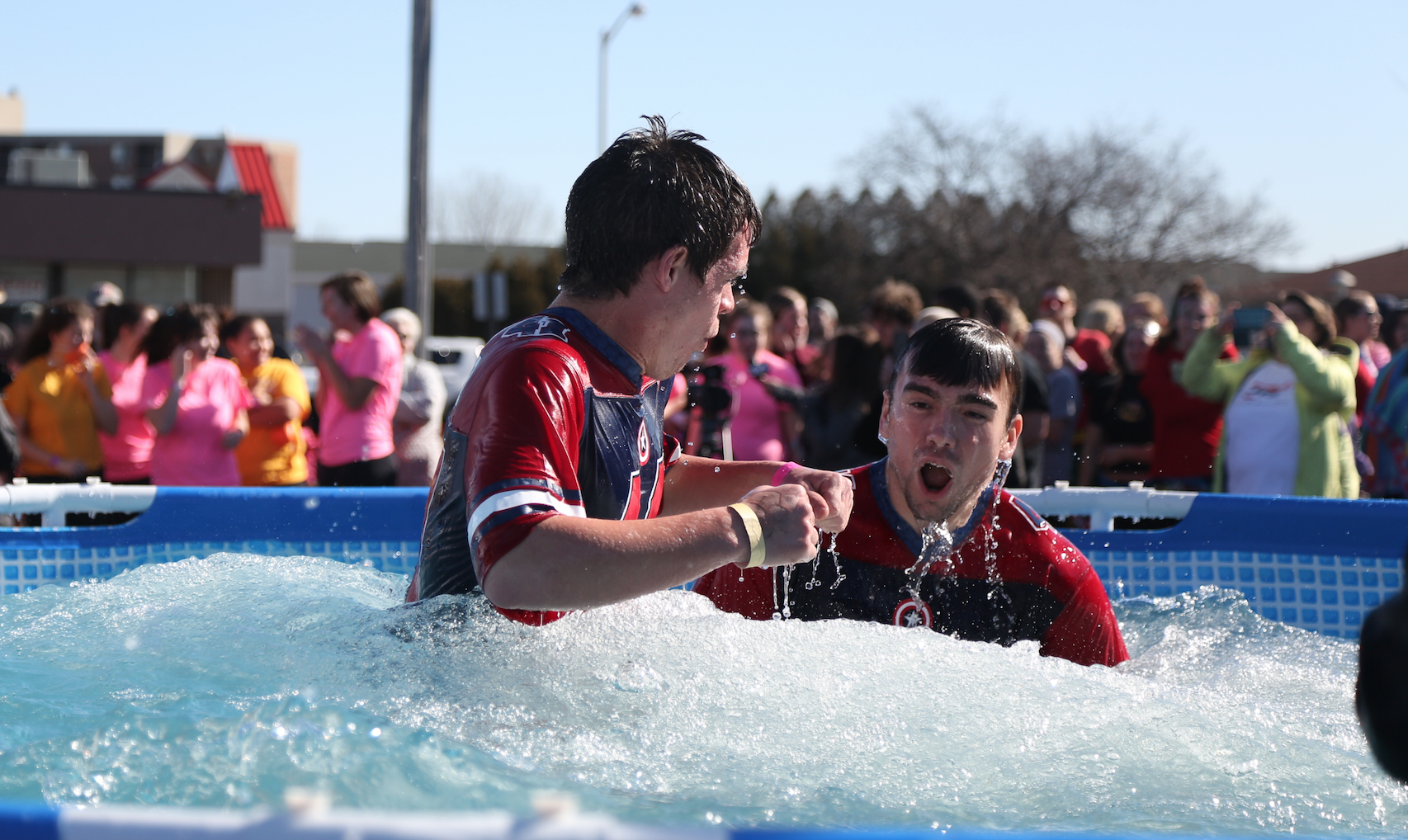 As the barriers are being put up and the pool is being filled, volunteers, spectators and plungers make there way to Wayside Central/O’Kelly’s for the annual Polar Plunge that benefits Special Olympics Michigan.

Saturday, Feb. 20 at 11 a.m., those who committed to taking the plunge flooded to registration and began to prepare for their jumps starting at noon. This year, the Mount Pleasant Polar Plunge had over 60 teams register to jump into a pool of 40 degrees, raising more than $70,000.

Senior Kayla Wulff, 21, who just recently became involved with Special Olympics, was excited to show her support by taking the plunge for the first time.

“I recently got involved with special olympics by going to the winter games at the beginning of February,” Wulff said. “The sports management association, which I’m president of, is pretty heavily involved with Special Olympics as well.”

Although Wulff was nervous to take the plunge because of the cold, she knew it was a great cause and hopes she can raise awareness for the organization and all of the wonderful things they can do for the athletes who are involved.

“It’s a great and easy way to raise awareness and raise a pretty significant amount of money,” Wulff said. “To be a part of something like this is really exciting and a lot of fun to be able to just jump with your friends.”

While first time jitters affect first time jumpers, the nervousness from the cold is still on the minds of those who have jumped previously.

Junior Ashley Flickinger, 20, was a little nervous to jump into the cold water for her third time, but knew it was worth it because of how great the cause is.

“I’m choosing to take the plunge today because it goes to such a great cause and all the money raised today goes to help Special Olympics athletes to participate in any sporting events, any state games for free,” Flickinger said. “They say that for every two jumpers an athlete actually gets to go to the games for free, so it’s a great cause.”

While raising money is a big part of the plunge, Flickinger also knows awareness is a huge component.

“Obviously we’re all going to post it on social media,” Flickinger said. “It’s a great cause to talk to friends and family about, get them involved and get them to donate and just spreading awareness for Special Olympics and what they do.”

Flickinger, who is a part of the Leadership Institute team, encouraged people to jump no matter how big or small their team is.

“My first year we started out with a team of six and now we’re up to just about 30 students that are doing it so it’s been growing overtime,” Flickinger said.

Kevin Underwood, who is a part of Special Olympics College, acted as a volunteer and jumper during the plunge. Underwood has been involved with Special Olympics for over two years and commits much of his time to volunteering with the organization.

“The Plunge is one of the biggest fundraisers Special Olympics has in the year and it’s become a special event all over the state,” Underwood said. “Every big city has one now, it’s just a good time to come and raise money for a good cause.”

Underwood encourages people to get out of the comfort zone to support a good cause.

“The athletes really appreciate it,” Underwood said. “They love coming out and helping out and it’s a fun time.”

Sherry Phillips, a mother from Beaverton, has been participating in the Polar Plunge in Mount Pleasant for the past three years.

“My daughter actually competes in the Special Olympics,” Phillips said. “So that’s why I choose to take the plunge”

Although Phillips and her team were feeling a bit chilly prior to jumping into the pool, they knew it was worth it to be cold just for a little bit and encourage everyone to get involved.

“I help with the Special Olympics every summer and it’s close to my heart, so that’s why I definitely encourage people to do it,” Phillips said. “It’s a great experience it’s a great benefit, a great cause, everything, I love it.”

Sophomore Gabrielle Nordin, 20, participated in the Polar Plunge for the second time in order to raise awareness for Special Olympics.

“I love special olympics,” Nordin said. “It’s a really great cause and I wanted to help other athletes get the same experience at fall games, winter games and spring games. It’s so fun and it’s such a beautiful day. The community is all here to support everyone and Special Olympics, it’s just awesome.”

Nordin hopes that because of the Polar Plunge, everyone in Mount Pleasant will be aware of what a great cause it is and how great Special Olympics is.

“We already have a great location with special olympics being on campus and so many opportunities for the students,” Nordin said.

I’m literally so cold right now, but it’s such a good feeling to be freezing for a reason. It’s so worth it. 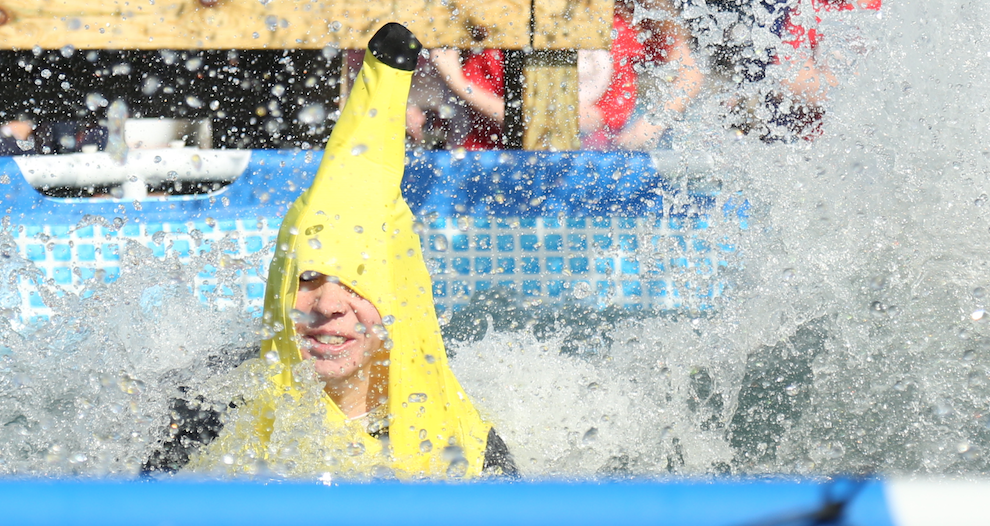