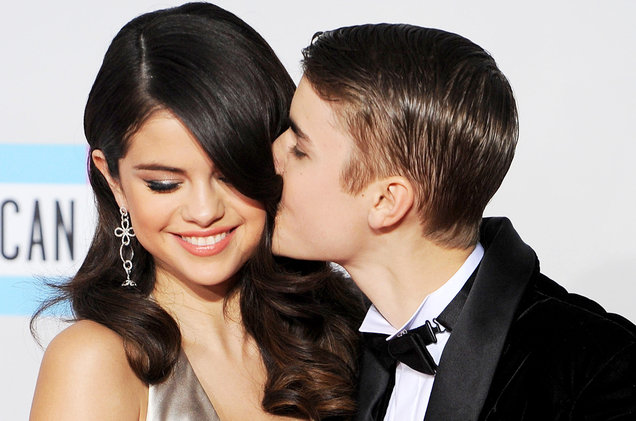 We’re all guilty of this: the newest celebrity couple comes out of the woodwork, and we instantly feel jealous. They have the money, the good looks, the fame and the love for each other.

Basically, they have it “all”, according to us common folk. With us only knowing the surface level of their lives, we come up with combined couple names for them, label them as #relationshipgoals all within the first months, or even weeks, of them getting together.

And yet, even though intense, short-lived relationships have long been a staple in Hollywood, we’re shocked when they end.

When Justin Bieber and Selena Gomez recently broke up for the umpteenth and seemingly final time, fans of the pair were devastated. The same was true for Miley Cyrus and Liam Hemsworth in 2013, or Zac Efron and Vanessa Hudgens in 2010. They were so good looking, so famous, so in love – and there lies the problem, according to TIME Magazine writer Michael Musto.

“The central problem is that members of show business couples are competing in the same field, and their power balance keeps shifting as their careers wildly ebb and flow,” Musto said in his TIME article, aptly titled “Celebrity Relationships Just Can’t Last”

“Add to this scenario the fact that stars are often apart for long stretches of time – usually with attractive, available people – and the temptation to stray is generally far higher than in a setup between two office workers, ” he continues.

So yeah, that much is fairly obvious. There’s a very different type of pressure working against celebrity couples, relating to fame, ego, and an even bigger amount of trust than a typical relationship. And be honest, we’re all guilty of being a fan of a celebrity pair.

But how does this relate to us, as regular, run-of-the-mill college students? Simple. The press feeds us the information, skewed with a romanticized approach, and in turn we unconsciously idolize these relationships and make it vocal through the use of social media channels, according to Dr. Abby Aronowitz for Fox News in the article, “When Celebrity Worship Leads to Mental Problems.”

“The whole Hollywood spin machine works together to create images that are impossible for any of us to live up to,” said Aronowitz. “They purposefully set us up to admire and even covet something we can never have.”

In fact, the obsession with celebrities has become so extreme that in 2003, the American Psychological Association (APA) officially recognized “Celebrity Worship Syndrome” (CWS) as a real, obsessive-addictive disorder that can be medically treated. While not everyone who “loves” a celebrity is subject to this, it’s clear that the public obsession in general with Hollywood and the limelight has led to something deeper and more concerning than the typical adoration.

But still, why do we idolize them when there are so many different pressures surrounding them than our own relationships? The reason being is that we associate our lives and problems with them. Our typical relationship problems include conflicting class schedules and trusting our significant other while going out. Theirs include having schedules across the globe for months at a time and trusting them all at once. One is not better nor easier, but they are different relationships. And comparing them is unnecessary solely because of that, according to junior Christina Amato.

“It’s really easy to fall into a jealous cycle when celebrities are all over social media,” she said. “But their lives are so different from ours, so why compare the two? It doesn’t make sense to.”

Noting that it’s “especially difficult for us college students, because we’re so easily influenced”, Amato said that she stops herself from this cycle by “detaching herself” from mainstream media for at least a few hours and instead focuses on the more carefree aspects of the internet, such as otter video compilations and funny memes.

“It feels so much better when you’re on social media for enjoyment rather than self-fulfillment,” she said. “Because if you do the opposite, you’ll find yourself sad and comparing yourself to celebrities, who in reality probably aren’t as idealistic as you make them out to be.”