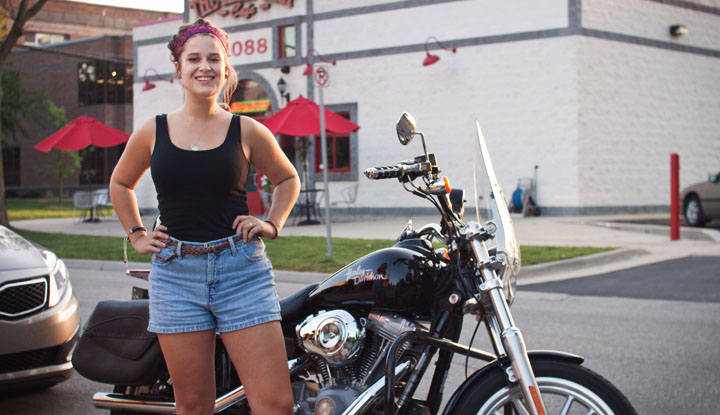 It’s a given that shorts are a summer staple but it turns out summer isn’t the only season for them. As the fall season approaches, shorts, specifically high-waisted shorts, appear to be popping up just as frequently.

Celebrities and everyday people alike sport this trend, although not everyone is in favor of it. When asked about high-waisted shorts on campus, students had plenty to say.

“I think they are awkward,” senior Mitch Eilers said. “And just like every other fashion fad, not everyone can pull it off.’”

Junior Nick Modglin was in partial favor to them.

“I think they look good on some people, but not all,” Modglin said. “I definitely think taller people pull them off better.”

“They’re a crime against humanity,” Mahone said. “I think they’re bad and people shouldn’t wear them ever, especially in public.”

Senior Lauryn Marchert didn’t think they were a good look for anyone.

“I absolutely hate them,” she said. “There’s nothing flattering about shorts that go up to your chest.”

Junior Lacey Johnson fell in the middle of the spectrum.

“I don’t mind them,” Johnson said. “They’re inappropriate at times, depending on length. Otherwise I like them because they’re vintage, just not for me personally.”

Sophomore Mallory Church said she doesn’t mind them but prefers them more on other people rather than herself.

“They look good with crop tops and Chuck Taylors,” Church said. “I also like brightly colored [shorts] with studs.”