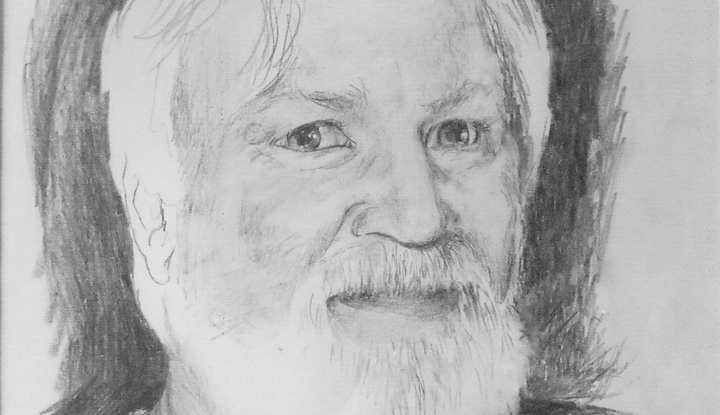 When you walk by the Baber Room in Central Michigan University’s Park Library , which is always decorated with an arrangement of art, it is usually filled with students studying silently.  However, this past Saturday, the room engaged an audience in celebration of the life of an esteemed Central alumnus, Robert J. Bixby.

Dozens of accomplished authors exchanged hellos and pleasantries, speaking of retirement, the happenings of their college-aged children and for some, the plight of being a grandparent.

Bixby, native of Mount Pleasant, graduated from Central Michigan in 1978 with a Bachelor of Arts degree.  He later received a Master’s Degree at Western Michigan University and an MFA at the University of North Carolina Greensboro.

It was in Greensboro where he founded the literary publishing company March Street Press.

Before introducing the first guest, Torgersen spoke of the Robert J. Bixby Award in creative writing at Central Michigan.

The award, also available at Western Michigan University, is given to students who excel in the literary arts and has been made possible with the help of Bixby’s widow Kathy Bixby.

The 15 writers, whose books were published by March Street Press, were called one by one to read, Elinor Benedict being the first.

The Tennessee native currently living in the Upper Peninsula read a poignant short story she said resonated with the current Syrian conflict called “The Exchange.”

Each reading brought something different to the afternoon, some dark, while others were lighthearted and comical. Between lulls and dramatic pauses, the crowd of 35 hummed with awe or drummed with laughter.

Spunky and sarcastic Elizabeth Kerlikowske read a poem about poodles at dog shows that left the audience chuckling, while Arnie Johnston and Deborah Percy Johnston performed a heartwarming play that followed a couple at 60 years old as the husband’s memory started to deteriorate.  As each month passed, from New Year’s Day to the next, they would look at each other and say the current month in unison.

As the event came to a close, Torgersen gave a warm tribute to his former student and friend, Bixby. He graciously thanked the speakers and invited the attendants to purchase the acclaimed work of his peers who were published by the late Bixby.