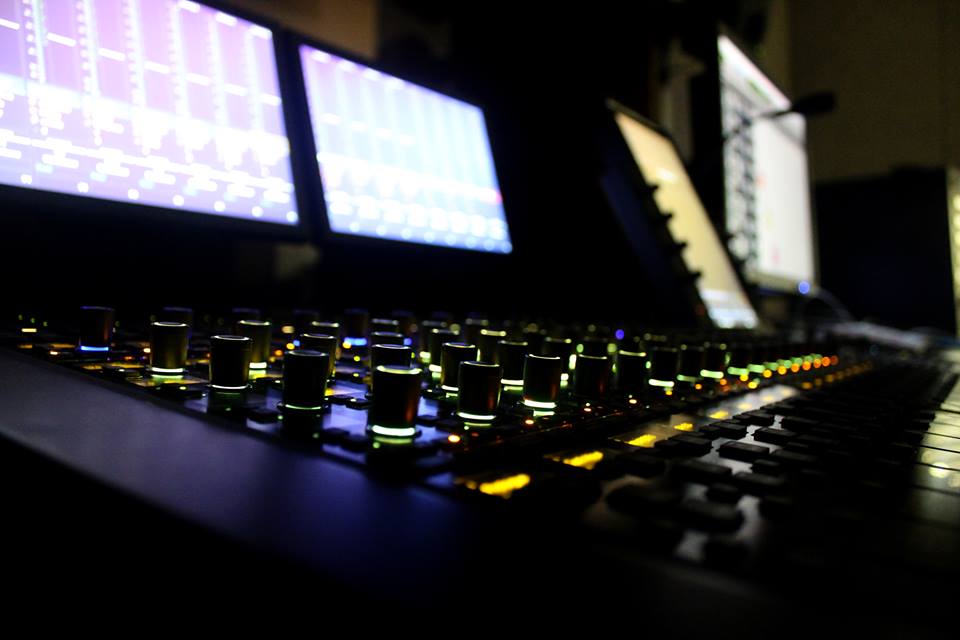 In college, students often try to implement their passions within their fields of study, but oftentimes, that passion is deemed impractical, including those within the realm of arts and entertainment.

As a result, many musically-inclined students find themselves going to school full time while also spending their evenings writing, performing and recording music.

“Being in love with music is a give and take,” Austin Wirgau, an Algonac senior said. “Sometimes you have to stay up until 4 a.m. practicing only to get two hours of sleep before class and follow that up with some type of writing session and a show on the weekend. Sometimes it is really difficult but if you want to end up with a suitable ‘plan B,’ the lack of sleep is worth it. I’ve always been the guitar guy and I’m not going to stop now.”

On-campus clubs like Justice League, Fish and Chips and other a-capella groups give students the ability to perform music to live audiences, while other organizations like Moore Media Records give them the opportunity to record full albums and offer studio time that includes mixing and mastering, which allows students the opportunity to branch out musically after class.

Recording on campus costs $30 for two hours of recording time and four hours of mixing or $25 to record a song. In comparison, professional studios in Michigan charge at least $75 an hour without mixing and mastering options.

“We encourage [students to record] because you honestly get great quality for our price, which is quite reasonable,” Caneka Davis, a broadcast and cinematic arts graduate assistant from Chicago said. “Plus these are student engineers mixing these songs. We have really good equipment, two studios set up for recording and just got these $300,000 professional recording boards put in. We don’t cater to a specific genre, which is a plus.”

“Working in the studio is a good break from school,” Gardner said. “Doing well in school helps me in the studio, too, because then my mind isn’t elsewhere – it helps me have a balance. I write during the summer and winter breaks because I’ve got spare time, which opens my evenings up to record with MMR. The time it takes doesn’t even matter to me, just the product.”

Another musically-inclined student is Scott Stockel, a Mount Pleasant senior who has decided to follow the music production track within the broadcast and cinematic arts program. He feels that learning the ins and outs of mixing and producing music will improve his skills as a musician.

“It’s a tricky position,” Stockel said. “ I find myself cramming in time for school and then rushing to band practice to follow it with a producing session. I enjoy it because I’m actually starting to get payment for my work, which has always been a dream. But my classes are struggling from this lifestyle.”

During summer break 2015, The Red Wires recorded an EP (extended play or single) with the help of Stockel, utilizing his drumming talents during one of the recording sessions.

Every semester MMR creates a sampler, which has songs from multiple artists around the local community, but mainly students. “It was really hard finding time to record, where all of us were available in the studio at the same time,” senior Michael Bologna said. “I believe we were so stuck that on our song “Michigan,” our music producer actually played the drums for the entire session.”

Hard work, time management and dedication to their passions is paying off for these talented students, and we look forward to seeing what the future has in store for their them.