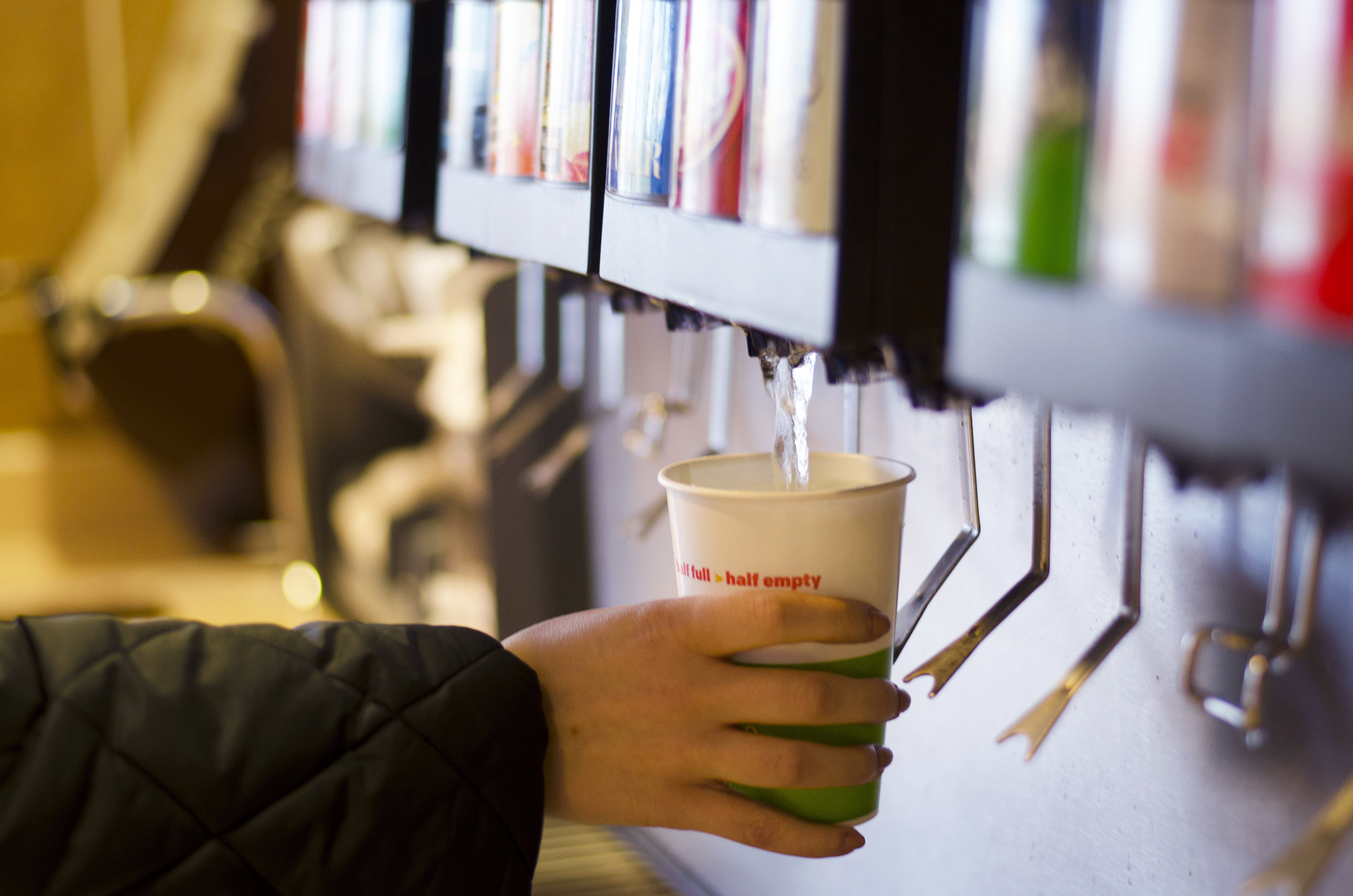 College instills autonomy of decisions without our parents there to give the nod of approval – when to go out, when to come in, when to study, when to cram for an exam, to fill our water cup with water or soda (to be specific).

Our parents have to trust the fact that they’ve instilled honorable individual morals in their years of raising us before letting us out the door.

Collegiate morals are dawned by numerous entities of everyday decisions because the common reasoning for making decisions is based on being independent at a collegiate level.

“When it comes to fabricating why I need an extension on papers and projects, I own up to it or give the honest truth of why I was unable to,” senior Shayna Prihoda said.

While many may think their individual morals prove to be honorable on a daily basis, this assumption is put to the test when asking for a water cup at a local restaurant. Interesting enough, college students show flaws in their moral compass by choosing to fill their free cup with a not-so-free soda beverage more often than not.

I know what you’re thinking, “Well, that’s not a big deal,” but sure enough it is when looking at individual morals of college students. In college the typical phrase, “I am a broke college kid” shows why a moral decision is made.

“When I get a water cup I always get water because I didn’t pay for the soda,” Prihoda said. She portrays an ethical mindset, following what is governed and she feels justified making the right decision regardless of having to pay an extra amount for soda, whereas the water cup is typically free and the decision is based on the customer’s morals.

All decisions have a thought process whether deciding what college to attend or which gas station to fill up at.

“When I get a water cup I fill it with water, not because it’s free, but because I like how it keeps me hydrated,” senior Marissa Ricketts said.

Inferring that collegiate morals can be based on what prospers the most, handing in a paper late with excuses is not typically accepted, so the idea of making proactive decisions to getting it done on time is a healthy consequence.

But when it comes to the water or soda controversy, not all are quick to jump to a side.

“It depends on how I feel, I get water sometimes, I get soda sometimes,” junior Nick Sandberg said.

Sometimes college students want to do homework to get ahead in class and sometimes they find that it might be better to catch up on other scholarly entities when understanding that five points is not going to be detrimental to the grade.

The water cup example, as simple as it seems, provides a common spectrum of decisions. Getting water entails following the ethical standard proving good moral. Pouring soda expresses breaking the ethical standard is not immoral enough to effect negatively, but pushing the moral standard farther is not proactively suggested. Swaying between the two implies the state of mind effects the decision to make as well. All of which stem from being able to make autonomous decisions.

In all instances, choices should be made based on why, not on what.

Collegiate students must understand that whichever decision made at any given time they must live with the consequences they did them for.