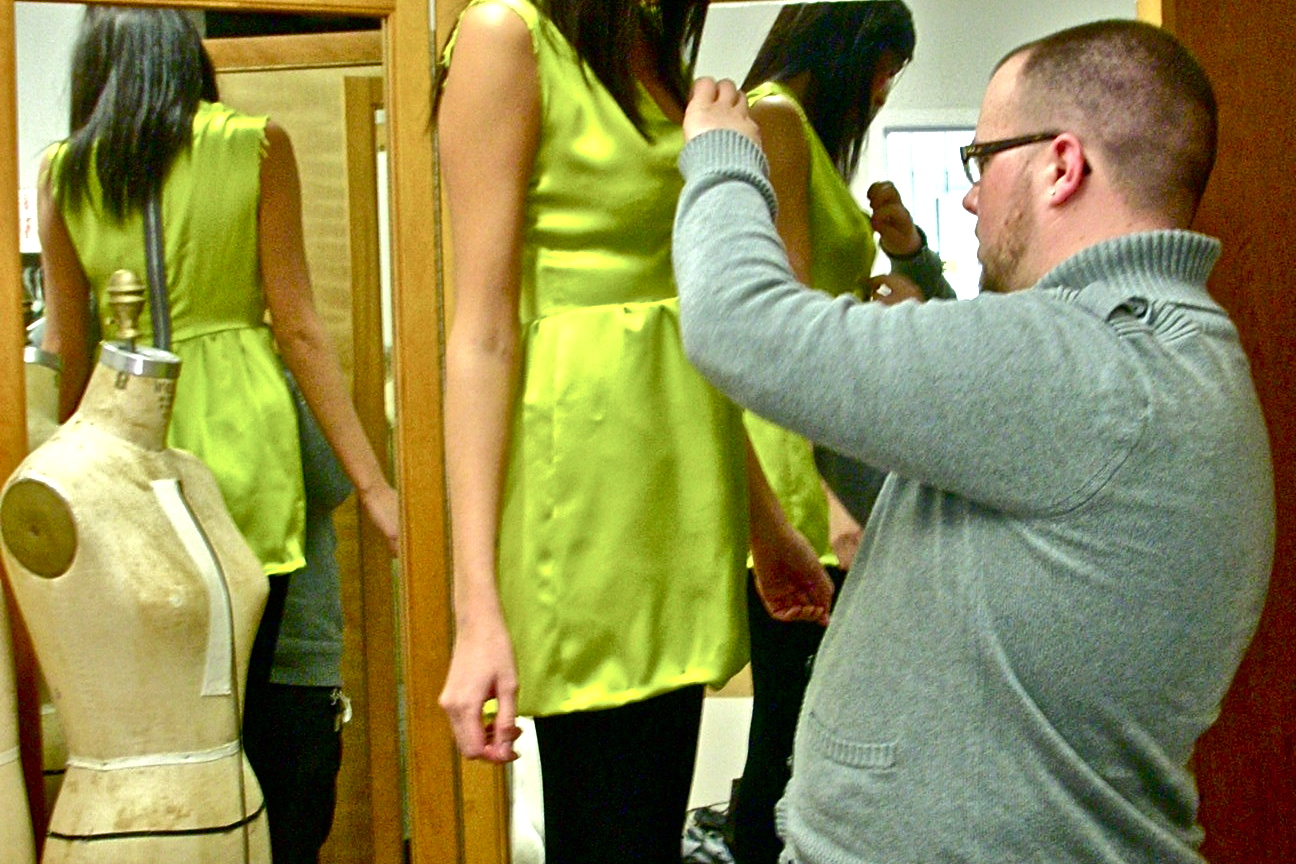 Most students enter their second year designing for THREADS and take on more challenging garments or present more looks at the show.

However, Jason Gagnon, an apparel merchandising and design junior, took on much more for his second year. He will be presenting eight different looks, in addition to taking on the role of co-producer alongside other THREADS designer Alissa Berriman.

Originally, Gagnon planned to attempt co-producing the show next year. This plan was quickly reconsidered once Berriman asked if he would apply along with her and run for producers together, and the rest is history.

Prior to even beginning to concept a collection, THREADS as a whole needed a concept. Every year has had a theme for the designers to incorporate into their collections.

Together Gagnon and Berriman decided to not go with a theme at all this year. It was a concern that with previous shows a theme limited designers.

The duo then decide to divide the show into seasons to keep THREADS more in sync with a real fashion show, and to give designers total creative freedom.

Gagnon then decided to design for the spring/summer section of the show. Inspiration for the collection was derived from a very unique source, fog.

“My collection this year is based off of the early spring fog. It’s my favorite kind of weather,” Gagnon said. “I didn’t want to do traditional spring themes. I wanted it to have a kind of mysterious movement, flowing whites and colors of that nature.

The construction of a full wardrobe consisting of day looks, night looks, a swim suit and an evening gown.

“Doing resort wear I wanted really light breathable fabrics,” Gagnon said. “I’m using all silk and denim, the only polyester/artificial fabric is for the swim suit.”

He followed a lot of current trends, clothes for a trendy person in their twenties going somewhere warm.

Keeping in mind the inspiration of fog, Gagnon designed garments based on color and movement. Patterning and draping were both implemented to achieve this look and feel.

It’s obvious that taking on such a key role in Threads amongst the design aspect alone is a huge challenge. How do you balance designing so many intricate garments along with such difficult and demanding roles?

Gagnon responded with laughter then replying,

“I’m really glad theirs two of us, it hasn’t been horrible,” Gagnon said. “I balance class, and basically working four jobs, on top of everything I’m doing with Threads.”

“I’ve had to give up a lot of on the side fun stuff,” Gagnon said. “But it’s worth it to make a great show this year.”