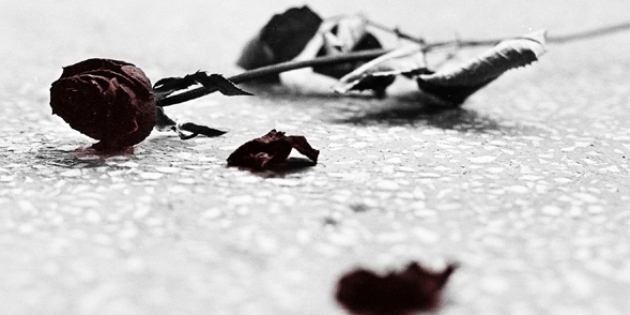 Valentine’s Day is this week! Some may want to enjoy a romantic evening with a significant other by enjoying a movie. However, some are looking to live irony to its fullest and tune in to the less than romantic plot line. Here is a list of five critically-acclaimed movies people should not get fooled into thinking have anything to do with posies, candies and kisses. They each hold a powerful vice that weighs them down, though, not preventing them from greatness.

Plot: Dean (Ryan Gosling) and Cindy (Michelle Williams) are a married couple who struggle keeping romance in their relationship. Flashbacks of when they were dating show they used to be happy, but fell out of love through different circumstances. They must decide how to keep their family together, even though their worlds are falling apart around them.

Drama: “Blue Valentine” is one of the most brutal dramas to come out in the last decade. The movie provides a very depressing view of relationships by displaying the problems that occur when people fall out of love. Through powerful performances, an anti-love story is told that provides a gloomy outlook on ever finding happiness through another person. “Blue Valentine” can cause viewers to focus on the negative and darker parts of their relationship.

Plot: Tom Hansen (Joseph Gordon-Levitt) meets a new employee, Summer (Zooey Deschanel), at work and quickly develops feelings for her. As Tom’s feelings get stronger, Summer’s feelings start to lessen. The movie recounts their relationship by showing events from different days that happened during a 500-day period.

Heartbreak: “You should know up front, this is not a love story,” the trailer warns. The painful part of the movie is watching Tom’s character go from a state of cheerful happiness at the start of the relationship to a morose depression by the end. He doesn’t succeed in getting the affection he wanted from Summer, and it really takes a toll on him. “500 Days of Summer” creates an uneasy feeling of heartbreak that may cause viewers to second guess their relationship.

Plot: Frank (Leonardo DiCaprio) and April (Kate Winslet) are the couple that everyone thinks has a perfect marriage. Unfortunately, Frank’s concentration is set on his stressful job, and April is bored with her life and yearns for more. As a couple, they attempt to get the passion back in their relationship, but it doesn’t go as planned.

Conflict: There are powerful scenes in this movie that have the main characters screaming at each other because they are fed up with not being happy. Both Frank and April want their lives to go in different directions, which causes them to loathe each other. They put on an act to make people around them think that they have a strong relationship, when they are actually very unhappy with their lives. “Revolutionary Road” can cause viewers to be dissatisfied with their current relationship and yearn for more.

Plot: Dan (Jude Law) and Alice (Natalie Portman) are a couple that seem very happy together. Anna (Julia Roberts) and Larry (Clive Owen) are a new couple who are starting to fall for each other. Both couples’ relationships get scarred when Dan begins an affair.

Betrayal: The movie’s main focus is the lack of trustworthiness in relationships. It is shown that even the most successful relationships are subject to infidelity. The characters argue with each other constantly throughout the movie and are willing to emotionally harm each other at any point. They trick and deceive their partners just to get what they want. “Closer” has a powerful, ongoing theme of suspicion and distrust which may rub off on viewers days after the movie is over.

Plot: A British student Anna (Felicity Jones) attends college in America and quickly falls in love with her classmate Jacob (Anton Yelchin). They form a relationship and Anna violates her student visa by staying too long in the United States to be with Jacob. Anna goes back to England for a family emergency but she is unable to return to the United States. Together they must decide how important their relationship is and find a way to make it work.

Uncertainty: The pain of loving someone but not being able to have him or her is the main theme of this movie. The characters do all they can to try and stay together. How their relationship ends up can be interpreted many ways but it proposes the question, “What now?” in a fashion similar to the ending of “The Graduate.” “Like Crazy” can make viewers wonder which direction their relationship is heading and whether or not it should continue.