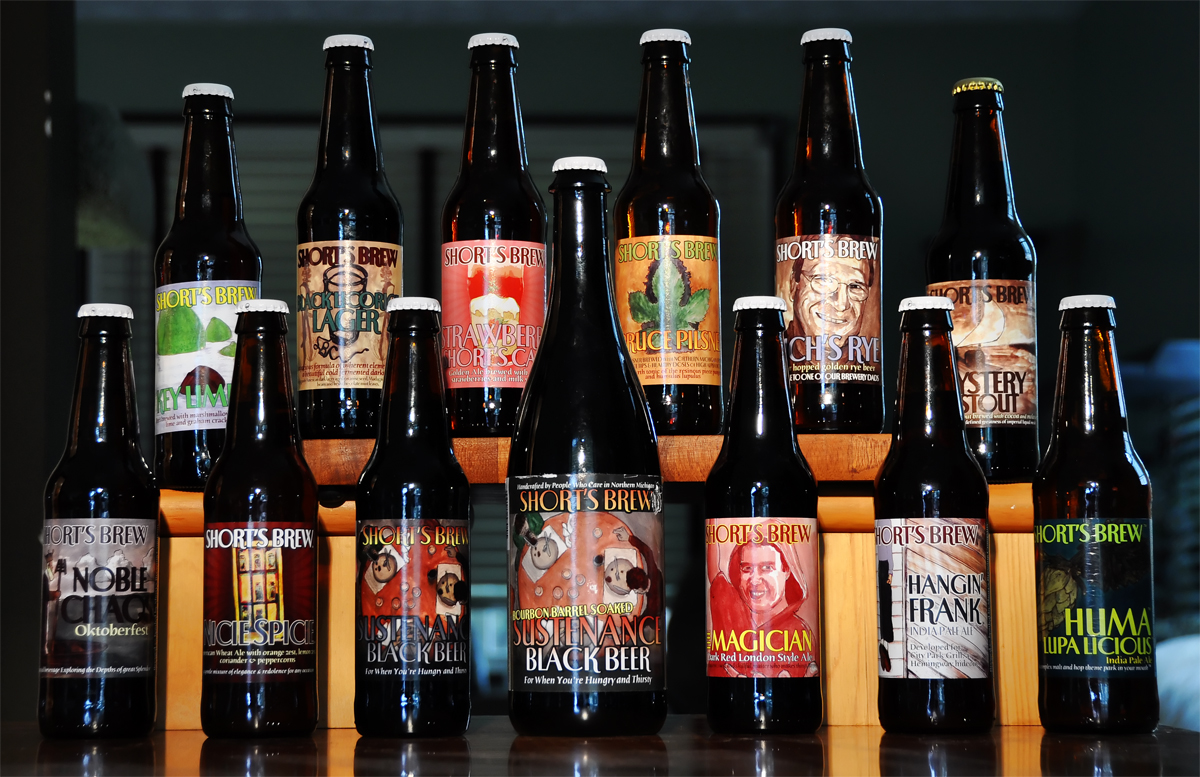 Short’s Brewing Company is owned and operated in Northern Michigan and focuses on providing quality craft beer made with the freshest ingredients to it’s customers. 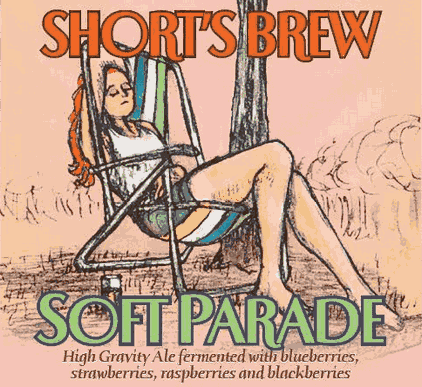 Choosing my first six-pack of Michigan-made microbrew was a little difficult with the vast amount of Michigan made choices there are to pick from.

I didn’t know where to begin. I walked into K & S Liquor, 4555 E. Bluegrass Road, with an open mind and felt blind while walking down the microbrew aisle.

I decided on something I knew I would enjoy.

Short’s Brew Soft Parade is an ale that has a mixture of different fruits – all that I like. The label on the bottle was very appealing and I noticed all of Short’s Brew ales had an interesting cartoon-like label.

The price of this microbrew was pretty expensive compared to what I am used to spending on beer. It was about $13 with tax and bottle deposit included.

Thinking about how I had just spent $13 on six bottles of beer made me cringe a little, but I knew I was buying something good! Short’s Brew is made and packaged in Bellaire.

I split one beer with two of my close guy friends for a couple of reasons. I wanted to hear their opinions along with mine, and because one beer is about 9 percent alcohol, I didn’t want to consume too much that I wouldn’t be able to go to work.

The first drink was very interesting. My first thought was grapefruit. There isn’t even grapefruit in this beer, but the combination of all the fruits fused to a tart, but sweet flavor.

I honestly didn’t taste the alcohol at all. It had the taste of the fruit and a very slight hint of beer after taste but nothing that made my nose ruffle.

My second drink was just as great.

It tasted more like juice, and all I could think about was how these could get in me trouble!

The smell of the orange-pink like beer is strong, which was surprising for how light it felt when drinking it.

With that being said, Soft Parade goes down pretty smooth.

The third drink finished off my one-third of a beer I had and after letting the beer sit in me for about 10 minutes, I could feel it.

I’m a pretty small girl, and I don’t drink a lot, but the equivalency of one Soft Parade amounts to about three Bud Lights.

That means I had about one beer in those three large sips.

I will definitely buy this ale again.

Although this is my first microbrew I have tried, it might be my favorite! The money I spent was well worth it and I cannot wait until I can crack open another.

Until next time, drink up!