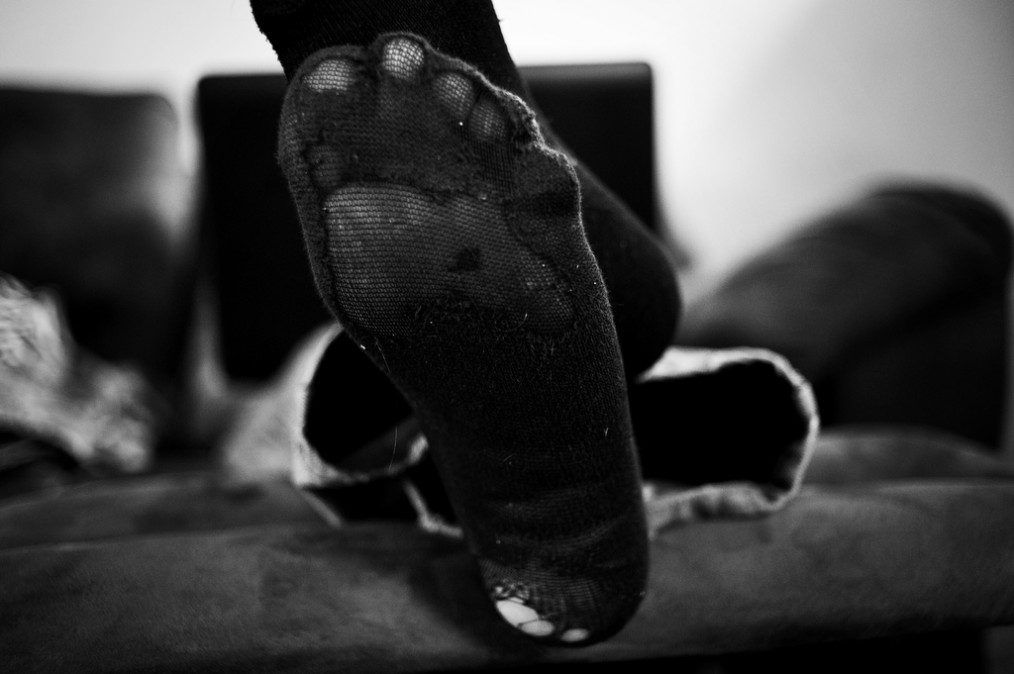 Livin’ On Love from Sean Proctor on Vimeo.

Bill Parsons has cut down his coffee consumption. While he used to have “one of those big fucking pots,” he now has an eight cup coffee pot. He still goes through two or three pots a day, however.

“The grounds can be used more than once, so I just add water. It helps so we’re not buying so much coffee,” he said.

For the last four years Bill has been unemployed after the trucking company that promised him a job failed to call him back, and with it, his depression. Since then, his wife, Penny, brings in the sole income for a full household, which consists of the couple, their four children, Nicole, 20, 12-year-old twins Autumn and Anastasia, Matthew, 11, and Nicole’s two-year-old daughter, Audrieanna. Also living with them is Nicole’s current boyfriend, John Gimlich.

Over the last few months, Bill has switched to a different regimen of medicine for his depression, and everyone has noticed a difference in his behavior.

“But I’ve got that drive back now. ‘Get out there and go!’ that was me, and it’s me again. I hope it stays that way,” Bill said.

With his drive back, Bill has started looking for a new job while keeping himself busy fixing things around the house. But the weight of the financial issues still falls on Penny.

“I know how much is in my paycheck, so I just satisfy everybody throughout the month,” she said.

For the Parsons, it’s not just a matter of paying bills — they also have to deal with the random, yet costly, issues that arise. Most recently, even after finally getting caught up with all the payments, the fuel pump went out on the van — Bill and Penny’s sole means of transportation. It cost $300 to fix.

Despite their constant financial woes, the Parsons refuse to let it wear them down. It has brought them closer together, Penny said.

“The worst part is I can’t give my kids what they really want,” Penny said. “They know [the situation] so they try not to ask for a lot … but all kids are going to ask for stuff.”
“We go without, so the kids can have,” Bill said, wearing socks with the bottom fibers stretched so far that much of his foot was showing through. “They won’t go without, because I won’t let them.”

Even though no matter what they do, they always seem to take “three steps forward and two steps back,” it’s clear that there is a lot of love in the Parsons household.