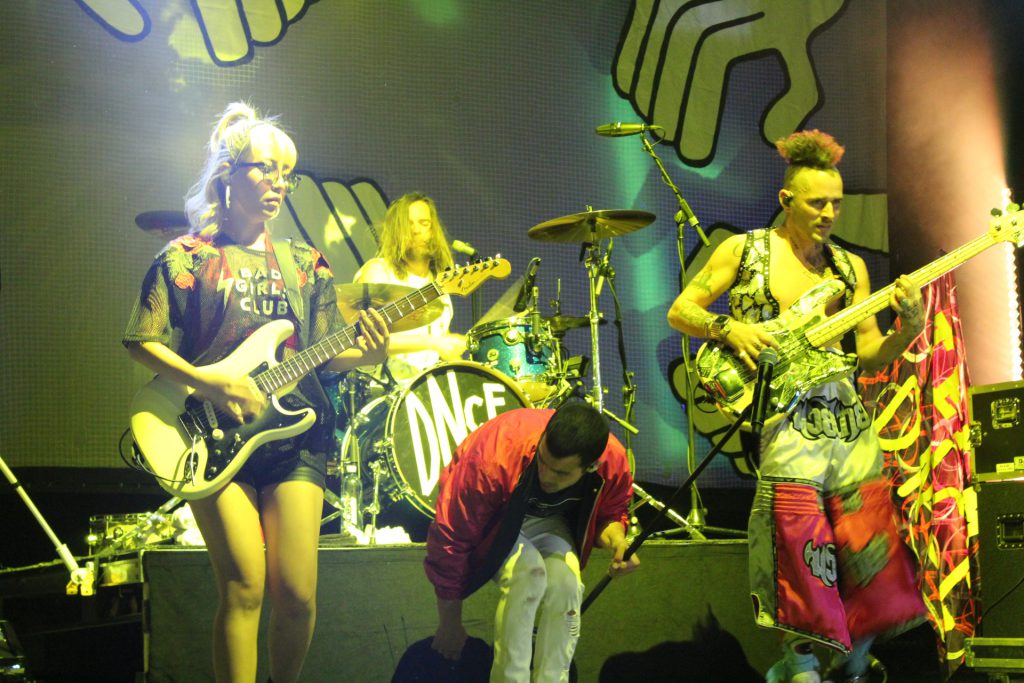 McGuirk Arena filled for the DNCE concert Friday night. The spring concert was held by Central Michigan University’s Program Board, and was open to both students and the public.

DNCE, a funk-pop/dance-rock group, is composed of lead singer Joe Jonas, guitar player JinJoo Lee, bass player Cole Whittle and drummer Jack Lawless. The group was first created in 2015, and their debut single “Cake by the Ocean” appeared on the Billboard Top 100 at number nine.

It was the hit songs “Cake by the Ocean” and “Toothbrush” that brought many fans to the local concert. Holly Krause and friend Brooke Avenall were at McGuirk from beginning to end, camping out in front of the building since noon on Friday for a guaranteed the best spot available in their general admission section. 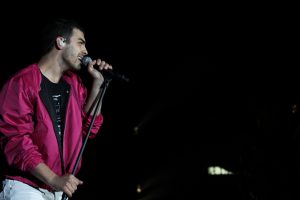 “I was a fan of Joe Jonas before with the Jonas Brothers, but DNCE they formed in 2015, so it’s been since then,” Krause said.

McKenna Prez, 17, a student from Waverly High School in Lansing was one of few that was lucky enough to get a meet and greet pass to meet DNCE.

“’Cake by the Ocean’, I love that song,” Prez responded when asked what song she was most looking forward to hearing.

The stadium, which was filled with mostly college and high school students, held some attendees for their first concert ever. Second graders Taylee, Serenity, Haley and Riley were surprised with tickets just four hours before the concert started by their moms. With excitement, they shared that they were most looking forward to “Cake by the Ocean” and “Toothbrush.” 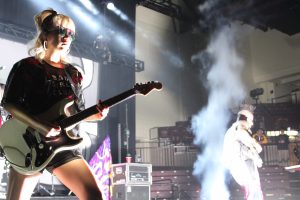 With the concert in full swing, DNCE pulled out all the bells and whistles, from throwing t-shirts into the audience, colorful light displays and a confetti cannon towards the end of the show.