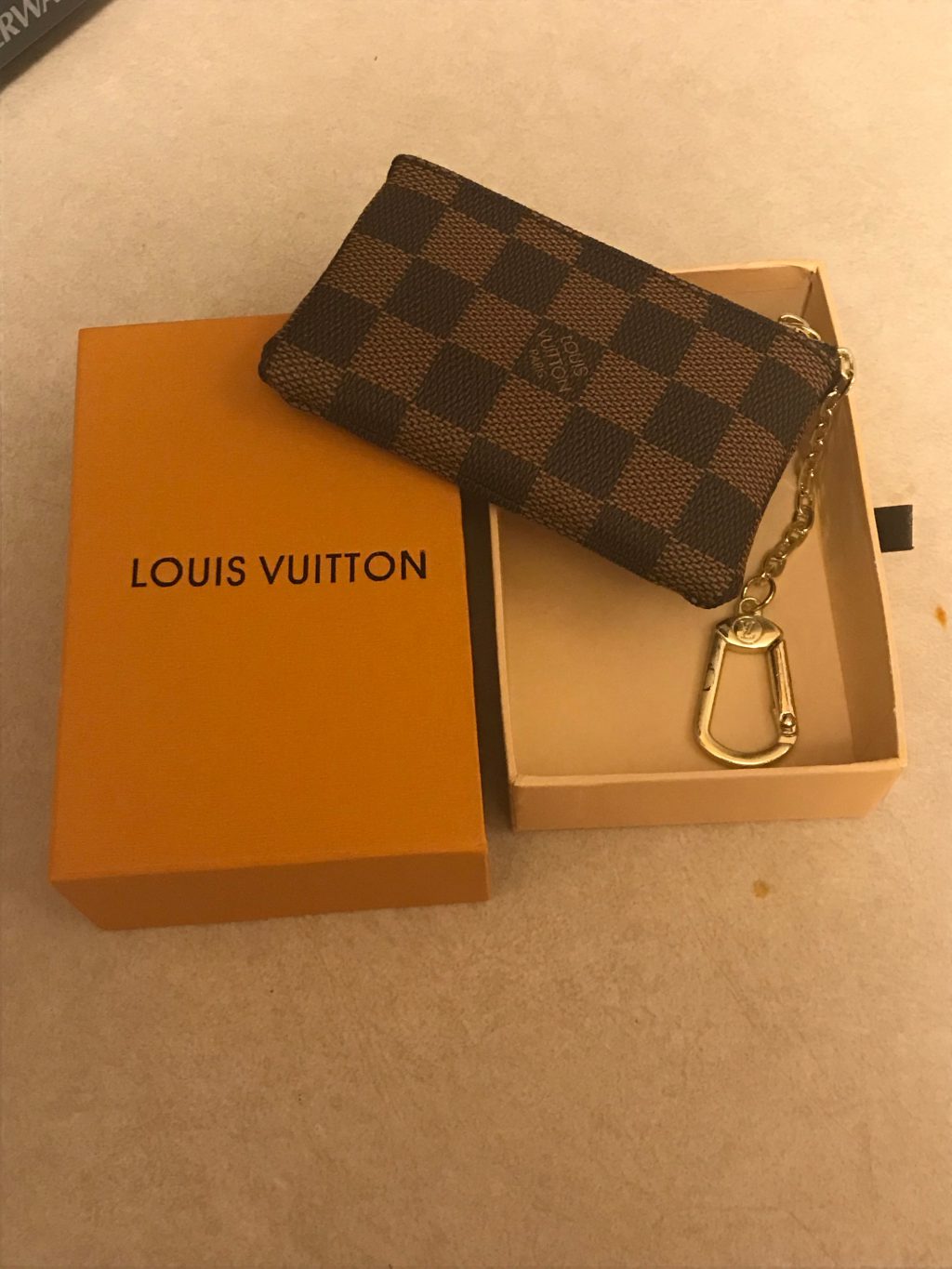 Story and photos by Sarah Wright

The desire for designer items can be a relatable need considering how labels like Louis Vuitton, Gucci, Versace and other brand names are hyped by celebrities and social media influencers. However, the need for these items at reasonable prices is probably greater considering not many people are making the money that these celebs and influencers are making.

With that being said, the validity of sites and apps that promote the sale of questionable versions of these designer pieces at low prices can bring up the question of whether these items make good substitutes for the originals.

Wanelo is an app and online shop that sells different fashion and make up items from a variety of different vendors. Notably, brand names like Ulta, Sephora, Gucci, Louis Vuitton (though the Gucci and Louis Vuitton store both don’t have a blue verification checkmark, so whether they’re real is questionable) as well as many others use the app to promote their own products. Despite that, there are many shops promoted on the app that sell items that look like good copies of the items from a surface level, but whether they are as good as the original item is questionable.

The app has been introduced to the Central Michigan University populace as CMU professor Betsy P. Rau used Wanelo for an assignment in her JRN 250 class, “Social Media: Managing the Message.” The purpose of the assignment was to look at the app from a marketing perspective, then post a review of the app to Blackboard.

“I first discovered it when it was mentioned in the social media 250 text I use, ‘Social Media Marketing’ by Tracy L Tuten and Michael R Solomon,” Rau said. “I wanted students to look at it from a marketing point of view. Why is it good for a business to list products on Wanelo? Are customer picks and reviews more valuable to a consumer than expert picks?”

Rau also said that the app has received mixed feed back from her students, though some had used it before and appreciated the chance to revisit it, she doesn’t think anyone became a Wanelo-addict from the assignment. With that being said, Rau uses the app for her own personal purchases.

“The more I use it the more I like it. I just ordered a bathing suit for California. I went in again and typed in free shipping women’s swim and found several with free shipping. That’s a plus,” Rau said.

Rau said she would likely use the Wanelo app again if JRN 250 is offered again but with more of a marketing approach rather than critical reviewing.

After downloading the Wanelo app, the first thing that pops up is a tinder like set-up that allows viewers to swipe left and right through different make up and clothing items. This is likely used to evaluate the user’s preferences though it mostly pushes designer items first rather than showing items that would consider user’s personal styles.

Once you click the “I’m Done” button on tinder styled page, the app brings you to a page that shows the featured deals on a tab called “Magic.” On the tab “My Feed” the app features items based on brands you follow, items you’ve bought and items you browsed through. On the “Trending” page it shows what items the app is trying to push.

On all tabs, the app pushes “designer” items that are sold from a secondary source rather than from the original brand. In order to test the validity of these items as well as the idea of these items acting as good substitutes to the real items, three items were purchased; a Louis Vuitton Key Pouch, Versace glasses and a Gucci scarf. The results of these purchases showed that the items were more than likely fake, as they all were shipped from China. So the experiment comes down whether these items are good fakes.

The Louis Vuitton key pouch in the coloring and pattern Damier Ebene that came from the shop, Tour Town Beach, was priced at $9.70. Once purchased, a shipping fee of $5.90 and a processing fee of $1.95 was added on, leaving the order total at $17.55. The key pouch was supposed to be delivered between Feb. 11 and Feb. 19, and was delivered on Feb. 7.

The more questionable aspects of the Wanelo Louis purchase is the coloring of the wallet which is significantly darker than the original item and the fact that key chain clasp had problems opening and closing. The fix in terms of the clasp, would be to remove it with pliers and then attach a keychain ring to the chain in order for it to function the way the wallet is intended to.

With these problems in mind, the key pouch is still passable for a designer item and for the low price it comes for but go to the original Louis Vuitton source if you want better quality products. The shipping aspect of the purchase was surprisingly good considered it arrived before the prospective days given.

The Versace glasses started at $4.90, then the shipping fee added on $6.90 and the processing fee added on $1.95 which added up to $11.75. Because this item was the first purchase made on the newly established account, there was a Wanelo credit of $2.00 which were taken off the initial price. This item was also sold by EudoraGift. The glasses were supposed to be delivered between Feb. 11 and Feb. 15 and was delivered on Feb. 11.

The Versace glasses were also shipped from China and arrived in a small ziplock bag rather than the glasses case that was featured in the picture. The glasses were listed as sunglasses but the lens are clear so they seem to be intended for aesthetic purposes rather than functional purposes.

The glasses have the gold Versace mythology-inspired medusa heads on both sides of the frames but because it’s so tiny, it doesn’t register immediately that they’re meant to be Versace frames. Also part of the plastic frames is cracked, the lens are slightly scratched, the nose grips are loose, and their is a weird smell to them. Also the plastic part that sits on the bridge of the nose digs into skin and can be really irritating if you wear the glasses for too long.

It should also be noted that these glasses are heavily promoted on the app as they are usually the first to pop up on the feed and the actual Versace store doesn’t sell glasses, but other sites that carry eye glasses do carry Versace glasses that are likely to actually function as prescription glasses.

Overall the Versace glasses aren’t worth the buy as the quality isn’t good but on the other hand they are relatively cheap, they arrived within the time they were supposed to, and from a surface level they somewhat fit into the aesthetic of the Versace brand.

The item didn’t arrive until a few days after the suggested shipping time, which could likely be due to issues with customs or other shipping related issues.

The purchase of these three designer items shows that any item that is questionably designer will likely have some sort of flaw to it and that it is sometimes better to purchase designer items from the source or, at the very least, a source that is more reputable than some store on the internet. With that being said, buying items sold on Wanelo appears to be somewhat of a gamble as it is hard to tell whether the product that arrives is accurate to the picture.