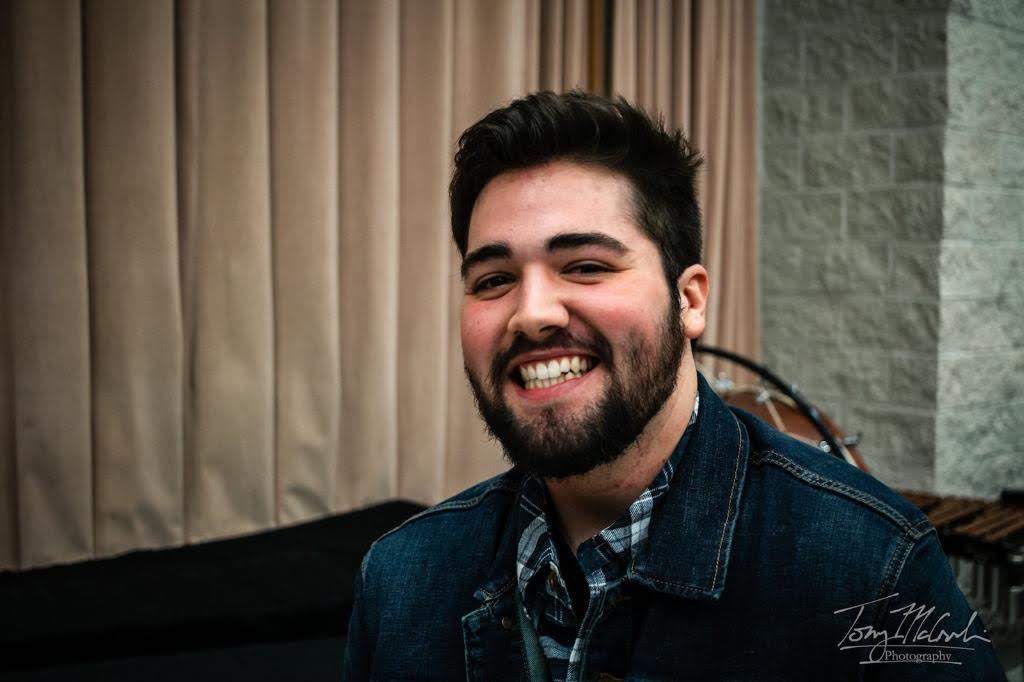 “I’m really simple,” Roberts said.  “Adidas pants and a hoodie or flannel.” This is how he describes his go-to daily outfit. Roberts also likes to wear khakis, hats and tops off his look with classic white Vans.

“I’ve never looked at someone and thought ‘Oh, I like the way they dress, I’m going to go after them,'” he said. He likes to keep his look true to himself.

When it comes to shopping, he usually turns to JCPenney for work or dress clothes and Target or Kohl’s for mostly everything else. Roberts has been going to JCPenney for his suits since the beginning of college. 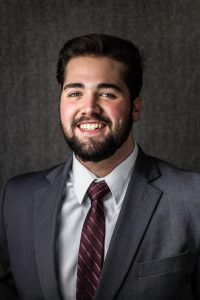 There are a few things that have impacted Roberts’ style in recent years. He believes that simply growing up is one of them.

“Through the beginning of high school, I wore baggy sweatpants and one North Face jacket almost every single day,” Roberts said that high school could be looked at as the “dark times” for his sense of style.

Another thing that has effected his style is his job, broadcasting sports for WMHW Radio on campus. 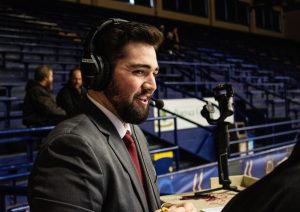 “Dress for the job you want, not for the one you have,” Roberts said.

“Broadcasting has kind of showed me that you want to dress for the job that you want, not for the one you have,” Roberts said. He also said that his career is one of the biggest things that has changed his style.

“Typically you can just wear whatever you want and most people do wear whatever they want, but I typically like to wear full suits,” Roberts said. “For the last two years I have been the only one to wear a full suit.”

Though the people around him often wear whatever they want to auditions, Roberts insists on putting his best foot forward, saying that “how you present yourself is how you’re going to be treated.”