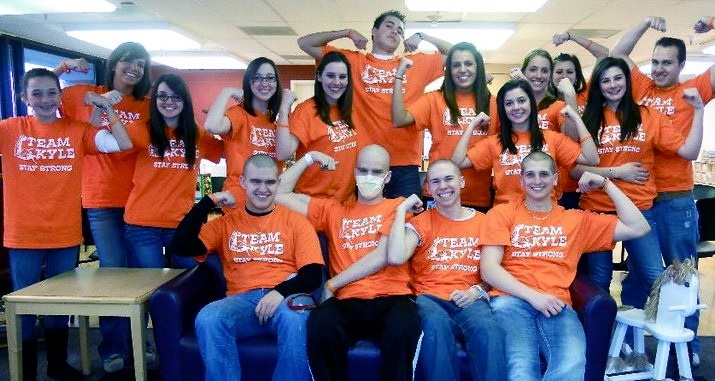 Kyle Nicholson is a freshman at Central Michigan University. Since there are nearly 20,000 students on campus, you probably don’t know him. However, Nicholson isn’t the average freshman here at CMU. He doesn’t struggle everyday to keep his grades up; he struggles everyday for his life.

Nicholson graduated from Eisenhower High School in Shelby Township, Mich. He was a normal student with good grades, good friends and a passion for sports. He was excited to be coming to CMU in fall of 2010 and welcomed the new opportunities and experiences that college life provided.

In February, Nicholson’s life took an unexpected turn. A routine blood test for mononucleosis came back negative, but the doctors asked him to return for more tests.

“I didn’t know what was going on,” Nicholson said. “I was scared and nervous because no one was telling me anything.”

The additional blood work taken from Nicholson revealed that he had Leukemia. His entire world had flipped upside down. 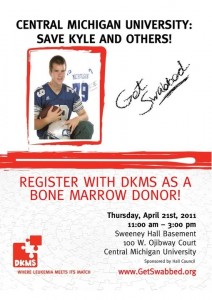 Nicholson was admitted to University of Michigan Hospital in mid-February. He began receiving a regiment of treatments that included chemotherapy.

“When my hair started falling out, I just had the nurse shave my head,” Nicholson said. “I wasn’t used to it at first, but I don’t think it looks as bad now.”

Nicholson remains hospitalized and continues to receive treatment for his Leukemia. He is currently eligible to receive a bone marrow transplant that will increase red and white cell counts in his body. In doing so, his ability to fight infection and his chances of putting his Leukemia in remission will be greatly increased.

Talking to Nicholson revealed a young, optimistic 19 year old boy who hopes to be able to return to CMU in a year.

He is determined to win.