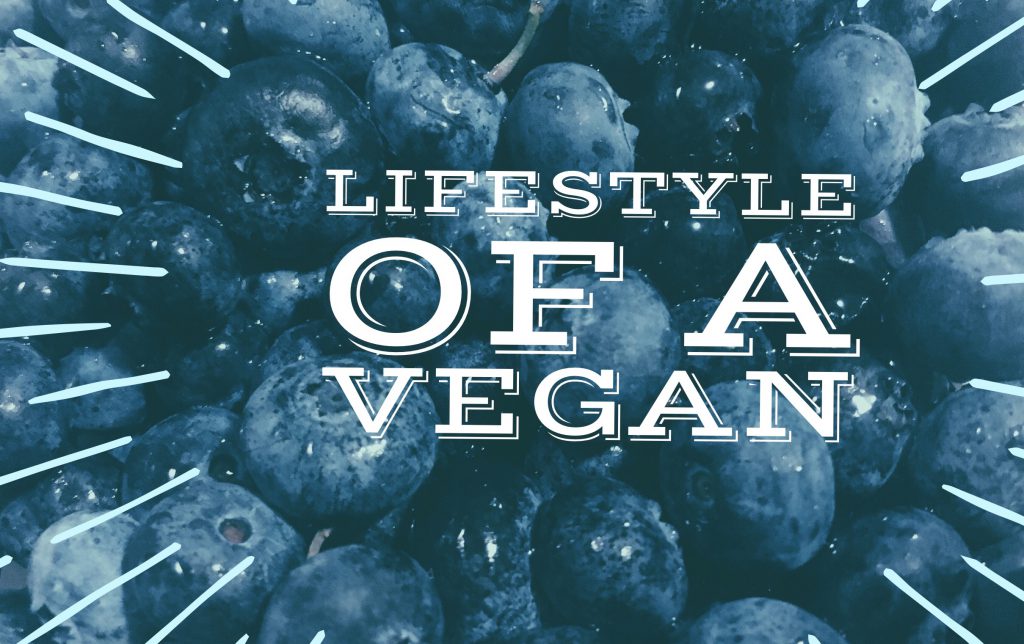 Veganism can seem intimidating and not feasible to many, but for those who are vegan it is not just a diet, it is a way of life.

The Vegan Society states veganism is “a way of living which seeks to exclude, as far as is possible and practicable, all forms of exploitation of, and cruelty to, animals for food, clothing or any other purpose.”

People become vegan for many reasons, but the most common reasons are to save animals from death and cruelty or to start a healthier lifestyle. Veganism, although trendy, isn’t even a new lifestyle: there is evidence of people choosing to avoid animal products dating back 2,000 years ago.

Committing to the Lifestyle
Junior Stefanie Marshall has been committed to the vegan lifestyle for a little over a year. However, she didn’t come to this decision because of her friends, but because of what she saw online. Marshall was exposed to the idea of veganism from becoming wrapped up in YouTube videos with lectures and documentaries about veganism.

“Two days after falling down the information rabbit hole I made the decision to cut out all animal products from my diet cold-turkey,” Marshall said. “My main reason for the decision was that I wanted to be a vet and claimed I loved all animals, but I realized it was hypocritical of me since I could never think of harming or eating dogs and cats, and then turn around and eat the meat of other sentient beings like cows and pigs without a thought.”

While starting a vegan diet, especially cold turkey, can be difficult, Marshall claims that it is very maintainable with the right mindset. Even though living in the residence halls can lead to limited food options sometimes, she is still able to find something and has even began to try her hand at cooking.

“I love trying out new vegan recipes I find and having people try them,” Marshall said. “Some people are so surprised to find out that vegan cooking can be delicious and is not confined to salads or bland food in general.”

Understanding Your Food Options
When preparing her own meals, Marshall often eats specialty foods from other countries or rice with different types of veggies, beans and sauces.

Although Marshall is very strict about her vegan diet, she admits she has made a few mistakes in the beginning of her vegan journey.

“Once, at Thanksgiving last year, I accidentally put the turkey gravy on my vegan roast,” Marshall said. “The other time was when I bought a dessert from the store that I thought was vegan, only to later notice that at the very bottom of the ingredients list it said “dry milk”. Honestly though, you can veganize anything so there’s no reason to stray from the lifestyle.”

For anyone who is considering the vegan lifestyle, Marshall encourages people to remove animal products from their lives at their own pace. Whether it be removing it all at once, or starting with red meats, there is the perfect way for everyone.

“Going cold turkey worked for me, but for you it might be easier to phase one food out at a time,” Marshall said. “The only point I stress is to do your research. This is a totally new way of eating to you so you need to know how to eat properly or you can end up deficient in something and could possibly harm your health.”

How to Make the Change
CMU dietetics professor and registered dietitian, Michelle Estrade, agreed that the vegan lifestyle is sustainable, but staying healthy and planning ahead is the best way to maintain the diet.

“Most people think that you have to quit cold turkey,” Estrade said.

However, Estrade recommends that people do not quit cold turkey. She explained that while some may think they can give up all animal products cold turkey, it is easier said than done. By quitting everything all together, it makes the transition into the lifestyle much harder

Estrade stresses the importance of not falling into bad or unhealthy eating habits and to monitor what is being consumed. When eating the right foods, such as rice, beans and veggies, it is easy to get all of the nutrients needed to maintain a healthy diet.

“Make small changes,” Estrade said. “One at time. Until it eventually [having a vegan diet] becomes second nature.”

While starting the vegan diet is exciting, Marshall encourages people not to preach the benefits of the lifestyle to everyone right away.

“After you do the research your head will be so full of new information that you want to share with anyone and everyone that’ll listen but I implore you to not do that,” Marshall said. “By doing that you become the stereotype of a preachy vegan who shoves their beliefs down everyone’s throats. I find it’s best to just lead by example. Veganism is a lifestyle, not just a diet.”