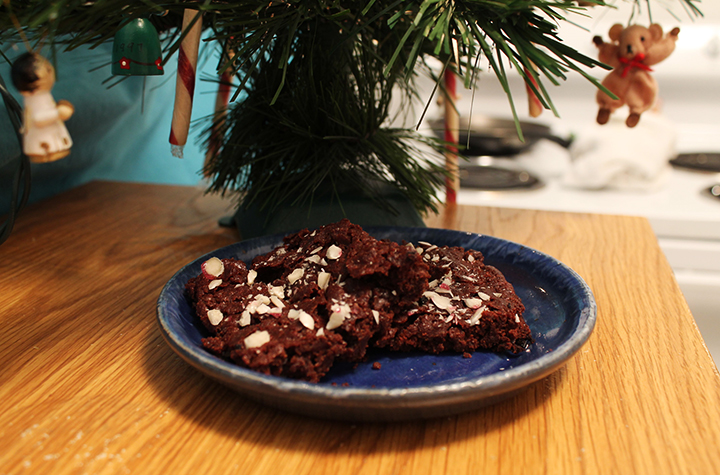 I am admitting failure.

I’m not sure what wrong turn I took, or how I managed to make brownies that morph into stones, but I did it.

The only way I would recommend this recipe is for a brave attempt at breaking someone’s teeth. These things turn to rocks.

I began mixing, altering the recipe a bit, as I usually do. Unaware of the approaching failure that was before me.

My first mistake was putting the batter into a pan far too deep for the brownies. One look in the oven and I found what resembled a lava of bubbling batter. I quickly attempted to transfer the mix to a thinner pan.

The brownies burnt on the outside, and left the inside liquid. Cutting them and removing them from the pan was a task in itself. I put them aside to deal with later.

Little did I realize that in that time the brownies were becoming the consistency of a sidewalk. It’s a good thing (sort of) that I tried them earlier, if I had bitten I would have chipped a tooth.

Here’s the recipe, incase you’re in need of a good prank:

While this recipe was a disaster, let it be known that delicious vegan brownies exist. Pamela’s Products make a delicious mix that is available at Green Tree. Vegan food can be hit or miss, and experiments often rely on luck.

Luckily these weren’t made for a friend, they were just made for the trash.