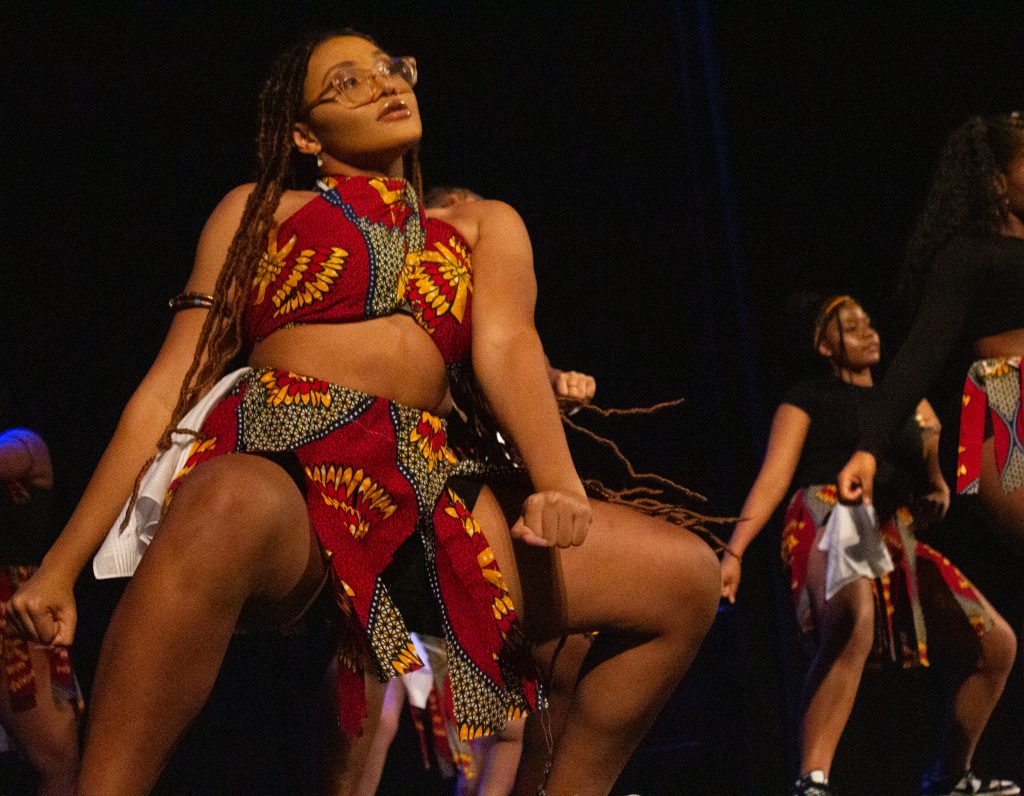 Story and photos by Rebecca Particka 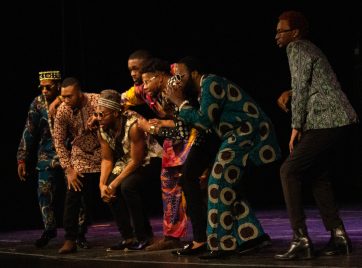 The ASA e-board worked collectively to put “Dawn to Dusk” together with the director of the show, Mimi Mphoka, leading the effort. The sophomore majoring in biomedical sciences also serves as the director of events, and social media coordinator for ASA.

“Everyone had to do their part for it to come together and make it work,” Mphoka said.

The e-board began planning “Dawn to Dusk” at the beginning of last semester and started model calls later that semester. Mphoka started envisioning what the event would look like in August when she became the director of events for ASA.

The title of the event was inspired by sunrise and sunset. 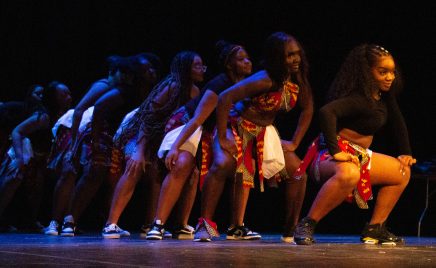 “All of our walks start off during the day and it’s lovely outside,” Mphoka said. “And by nighttime, it’s kind of nightlife. So, it should be dark, dark reds, dark blues…”

Last year ASA’s show was hosted virtually. President Remaz Abderlrham, a senior majoring in international relations and sociology, was excited to see the fashion show back in person.

“[The virtual show] didn’t encompass everything we typically do…” Abderlrham said. “Now that we can have it in person, there are a lot more aspects to it…”

The models wore clothing from Obioma, a New York-based business, and purchased clothes from Tife, CMU alumni from Nigeria.

“…She gave us some clothes that her mother actually creates…,” Abderlrham said. “…We have had conversations previously about her clothes. It was just a natural conversation that came up ‘Like hey, why don’t I give my clothes to ASA?’ because she used to be on ASA’s e-board.” 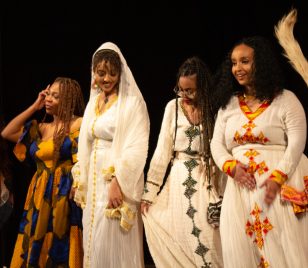 Abderlrham also said the in-person show was a better experience for audience members because it was more interactive. Audience members were encouraged to answer trivia questions and to show their best model walk on stage to compete for Ms. ASA or Mr. ASA for ages 20 to 29, and Mr. or Ms. ASA senior for ages 30 and up.

“Dawn to Dusk” featured ten walks. The final walk of the show was called the Flag Walk. ASA members walked up the isles of Plachta Auditorium holding flags that represent their identities.

Pop-up shops and African cuisine were provided in the University Center following the show. ASA also hosted an after-party at the Bluegrass Village.

Mphoka estimated about 100 people were involved with “Dawn to Dusk”.

She wanted the event to be a celebration of diversity and community.

“It’s kind of hard going to a [Predominately white institution]… not everyone looks the same…I feel like that an event like this shows that there are other races on campus,” Mphoka said. “I would encourage other races to come to watch…so we can make connections with other organizations.”