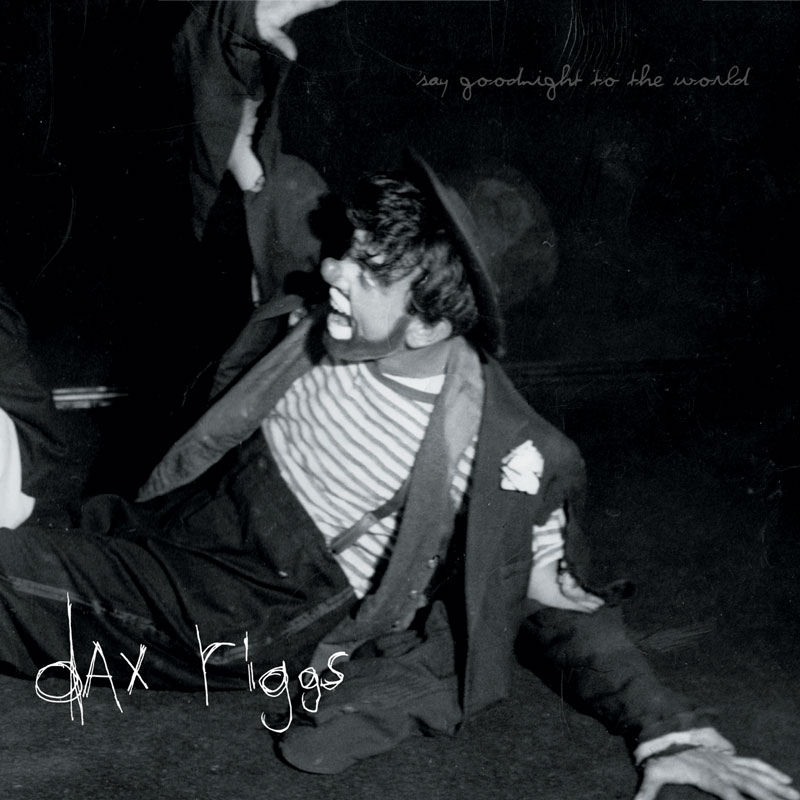 If you’re a fan of of eerie indie, swampy southern rock and gritty acoustic ballads about the darkest of subjects, then it’s time you learn about Dax Riggs.

Riggs is a solo artist based out of Houma, La. He gained a major cult following while performing in the 90’s, fronting Acid Bath, a pioneer in the sludge metal scene. His solo material, however, is a far cry from the churning sounds of doom that Acid Bath helped to introduce.

His 2010 album “Say Goodnight To The World” sounds more like the sedated sounds of a fever dream. The album has a ‘do it yourself’ aesthetic that fans of independent music will appreciate, yet it’s accessible enough for even the most devoted fan of mainstream pop to enjoy.

At times, Riggs croons over nothing more than an old acoustic. Accompanied only by his own raw voice, he fills the room with an ambience that sounds like the crossroads of a deep depression and the throes of ecstasy with a newfound lover. He has a distinctive, mournful howl which could stop any faint-of-heart in their tracks. Riggs croons and caresses your ears with the sultry melodies and contents of his dark mind. The album is raw, vacant ecstasy.

“I Hear Satan” is like the recollection of a dream that you seldom recall, or of a midnight run through the woods. It is good as a daytime listen, but transcendent after dark.

“Say Goodnight To The World” is an ode to all that is beautiful about the darkness in the world, and “No One Will Be a Stranger” explodes out of a catatonic slumber like an escapee patient.

The longest track, “See You All In Hell or New Orleans,” clocks in at almost five minutes and sounds like the car ride to a parent’s funeral. It’s a sobering song that lazily pulls past the intersection of melancholy to full blown misery.

“You Were Born to be my Gallows” is pure, lustful yearning. It’s the quintessential sound of a midnight rendezvous in a graveyard. Riggs intrigues listeners with sultry melodies and the delayed mental fortitude of his dark mind.

Dax Riggs could exist in any given time period of music in the past 60 years and still stand out with a sound that is strictly his own.

For fans of Queens of the Stone Age, The Black Keys, Neil Young or The Melvins, this may just be the album that doesn’t leave your car stereo system for an entire year.