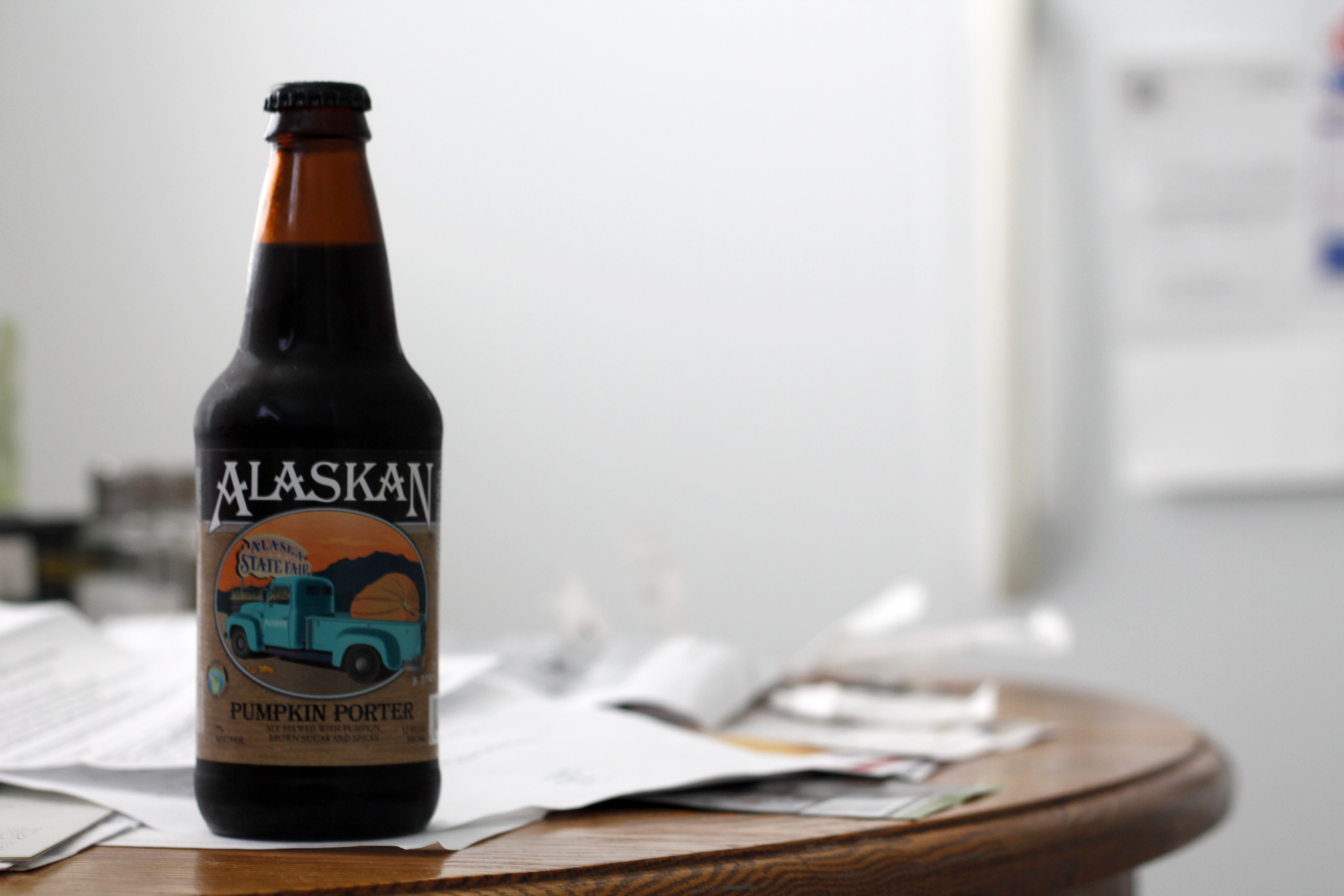 Nothing describes fall better than the relentless tidal wave of pumpkin spice products crashing into the market and becoming available for purchase in nearly every store.

From franchise coffee shops to local bakeries, the aroma of pumpkin spice is unavoidable. I never imagined I would stumble upon the fall fad while looking for a new craft beer to try out.

While strolling through a local liquor store, a bottle of Alaskan Pumpkin Porter caught my attention, with its label depicting a truck hauling a ridiculously big pumpkin to the Alaska State Fair.

Like many other small-market beers, the bottle and its art is simple yet interesting enough to catch the eye and attract thirsty beer lovers who want to try something different.

Feeling festive and a little curious, I bought a bottle and took it home to try out.

Cracking open the bottle, the smell of the beer hit me as soft and inviting. To be honest, it was not as inviting as other pumpkin spice drinks being tossed around in the fall, but it was still fairly good.

At first sip, it tastes no different than any other porter served in a chilled glass. That is, until the aftertaste of brown sugar and spices attacks the senses, letting the drinker know fall has arrived.

With every sip following the first, the beer tastes smoother and smoother.

Whether this effect is due to the beer’s rich flavor or its 7 percent alcohol volume content, I cannot say. Either way, it is delectable to the last drop.

Finishing off the bottle, I couldn’t help but want another. But sadly, like so many other pumpkin spice products, the porter is a seasonal drink that only hits shelves in the fall.

Beer connoisseurs interested in tasting it for themselves should set out and buy a bottle soon before it disappears for another year.

Trust me, you don’t want to wait until next year to taste this porter.