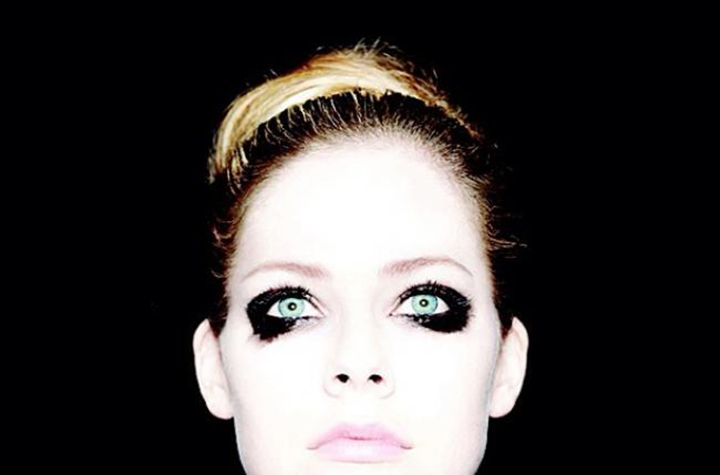 Avril Lavigne released her self-titled album on Nov. 5 on iTunes, and allowed fans to listen to it early via live streaming. This is Lavigne’s fifth release.

She came on the scene in 2002, with her album “Let Go” and became a pop-punk, Canadian princess. Her music was grungy and real. In 2007, Lavigne released “The Best Damn Thing” and went completely in the pop direction.

As far as her current album goes, fans of each style will be content. Lavigne shows her “old” style, but she also includes some pop and indie influences. As a fan of old Avril, I was pleasantly surprised.

“Rock N Roll” and “Here’s To Never Growing Up” were the singles she released to promote the album and they also start it off. They are both catchy and nostalgic, and there is that sense of old Avril.

“17” is a cute and relatable pop song about a high school romance. The chorus is very happy and easy to learn, so people can sing to it in the shower or car. “Bitchin’ Summer” uses the acoustic guitar as an advantage and it works beautifully. Almost coming off as a camp-fire song, her voice resembles performances on past hits, such as “Complicated.”

Lavigne has a duet with Chad Kroeger, lead singer of Nickelback and her husband, called “Let It Go.” It mostly sounds like a Nickelback ballad with a girl singing most of it. It’s a decent song but it doesn’t really fit the rest of her music.

“Give You What You Like” and “Hello Heartache” on the other hand are really unique, with a style that actually fits her well. At certain points in the song, she sounds eerily similar to Taylor Swift. It’s strange at first, but Lavigne pulls it off.

Things do tend to get a little weird on this CD. There is a duet with Marilyn Manson called “Bad Girl”, with Avril trying to be sexy. But it really does not come off that way and it’s one of the weakest songs on the album.

“Hello Kitty” is also odd and pointless; Lavigne’s singing is not at its strongest and she is trying too hard to be like Ke$ha. The beats are very strong, but the lyrics kill the song.

I think Lavigne, potentially, has a couple of summer hits on this album. “You Ain’t Seen Nothing Yet” is another addicting pop tune perfect for summer drives. “Sippin’ On Sunshine” is more mainstream but her use of instruments on this song, especially the bass guitar, is neat. It has a beautiful sound and could easily become a popular song.

“Falling Fast” and “Hush Hush” are not horrible, but also not nearly as memorable.

Lavigne tried to incorporate old and new, but some of the new didn’t really work out. It is a CD that should be checked out but maybe in the future, Lavigne should go back to the grungy girl everyone once loved.