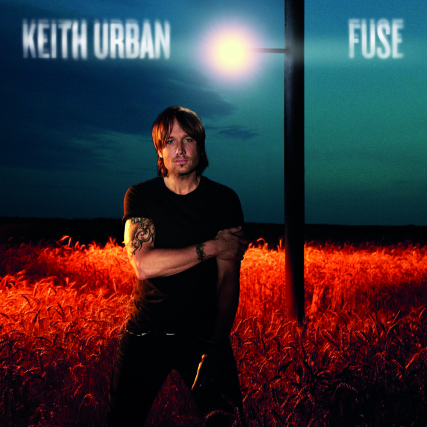 Australian country superstar Keith Urban is back with his new album, “Fuse.” It takes his music in a much different direction, with R&B touches and a sprinkle of “new wave.” A lot of it, though, is Urban taking the direction some country stars have already gone and becoming a little bit more mainstream. In this case, it does not really work.

Fans of the usual Urban sound will love the first few songs on the album because of their resemblance to past hits. “Somewhere in My Car” really showcases the country sound he’s known for, with a twist of pop added in.

Keith also has other big-name country artists collaborate with him on “Fuse.” Miranda Lambert, for example, makes an appearance on “We Were Us” and turns the song into a beautiful ballad. This track also adds to the long list of slow songs on this album.

Eric Church, singer of the popular “Springsteen,” contributes a verse in the surprisingly slow “Raise’em Up.” This is probably the most “country” track on the record, and Church’s very strong southern singing voice really shines. Both artists sing their parts beautifully and add substance to the album.

Urban has also began using harder beats, and this hints at rock and blues. “She’s My 11,” “Come Back to Me” and “Little Bit of Everything” are all great examples of this style.

“Red Camaro” on the other hand, really shows off this new pop sound. Urban did not really need this pop sound, and it feels unnecessary for the album. iTunes is releasing the deluxe edition that includes three bonus tracks:“Black Leather Jacket,” “Gonna B Good” and “Lucky Charm.” These extra singles also have a really mainstream sound and it’s easy to see why they were cut from the original album.

“Fuse” is not the greatest thing Urban has ever made, and the only thing really different from his past material is the unneeded hip-hop qualities. Some of the songs feel repetitive because they sound so similar to past material. Fans who do like Urban’s earlier songs may like the first few on the album, but besides that, it is an unsuccessful attempt from a country artist trying to make the transition into pop music.

“Fuse” is now available on iTunes, including the three extra singles.