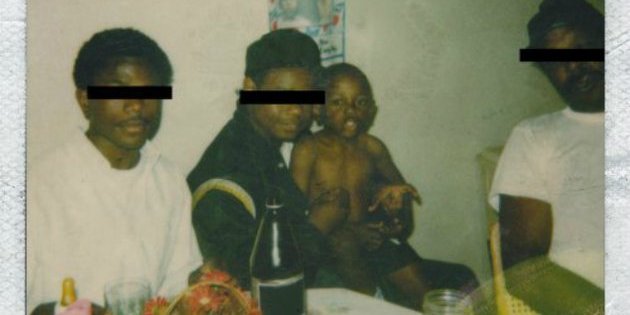 Kendrick Lamar has released the best album of the year with “good kid, m.A.A.d city.” Soon, his name will be all over the radio and plastered across television screens. He is a star, not simply because he released a great album, but because he has the personality that hip-hop desperately needs. There are no bland club-hits or throwaway songs on this album, and every moment is important to a cohesive whole. It really shows how lazy the hip-hop game has been in these past few years, and Kendrick may be the one to jolt it back to life.

Lamar  is from Compton, Calif., also the birthplace of the great N.W.A. It is a notoriously violent city plagued with gangs and street warfare. Rather than battling with outside issues, Lamar tackles his own demons and his struggle to fit in among his peers. His clear desperation to find himself is all over the songs. Whether it is pressure to commit a robbery or to drink alcohol, Kendrick has a constant inner monologue that warns him against these desirous, and dangerous acts.

In exploring and battling himself, Lamar plays a host of characters that represent a different piece of his life. In “The Art of Peer Pressure,” he plays a street kid debating whether to break the law. The production on this track is dark and brooding, painting the unease and paranoia of riding around a city engulfed with crime. On the previous track, “Backseat Freestyle,” Lamar is a cocky kid, trying to impress whoever is listening by growling and boasting about his big dreams. The songs were sequenced this way for a reason; Kendrick lays out his aspirations, and then nearly shatters them.

On what is likely to be the most misunderstood club and radio song of the year, “Swimming Pools (Drank),” Lamar talks about how alcohol seduces and consumes us. It is a sad and reflective track about growing up with a history of alcoholism that could, ironically, double as a track to drink and dance to. “m.A.A.d city” may be the most haunting track on the album, with a voice imitating a nervous teenager who has just been struck by puberty. Over intense strings, Lamar raps about the anger he feels toward the eruption of violence in his city.

With all the triumphant moments on this album, the most heartfelt may come with “Sing About Me, I’m Dying of Thirst.” Lamar puts together two songs that tackle all the worries and fears of his mind. The hook, “Promise that you will sing about me,” becomes a mantra for Lamar, yearning to leave behind a legacy that isn’t poisoned by regret. It all ends with a spiritual awakening and salvation, and a sample of a woman asking him to promise to give his life over to God. This is one of the many samples Lamar uses to hold the narrative together.

It seems Lamar reaches high point after high point on this album. His only peer may be Kanye West, who pours heart and soul into each album he puts out. But even “Yeezy” has never reached the kind of emotionally potency found in these tracks. Lets hope he never loses sight of who he is;  surely, there is even more story to be told here. Kendrick Lamar is a vital voice in music right now and we should all listen.