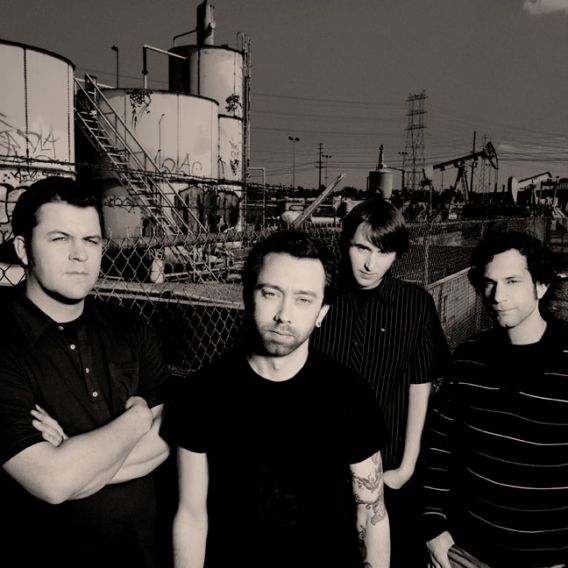 The fourth largest earthquake ever recorded hits Japan the very day ‘Endgame“, Rise Against’s new album, comes out, not only leaving a world power in desperate shambles, but also on the brink of potential nuclear collapse. In the distance, the United States war with the Middle East rages on.

Even nationally the situation appears dim. Our economy is still regressing into a recession, as Katrina and The BP Oil Spill are still etched into a foreboding background. Indeed Tim Mcllrath‘s (Rise Against lead vocalist) socio-political condemnations and raging calls to arms have never inhabited a better environment.

Tim Mcllrath does flourish. Despite Rise Against’s lengthy discography, he has never sounded more urgent, nor this forceful. “A Gentlemen’s Coup” rants on the consequences of nuclear radiation, painting a sobering yet brutally vibrant picture.

Just as angry is ‘Survivor Guilt’, a simultaneously manic and anthemic cut, which poetically incorporates samples of dialogue from the 1970 satirical war film ‘Catch-22‘.

The raging first single “Help Is on the Way” deals with the aftermath of Hurricane Katrina and the BP oil spill on the Gulf of Mexico area (“Choking on the black gold, upon which we rely”).

Tim Mcllrath’s performance on this album really can’t be limited to the description of just merely singing, as he is just as often challenging, accusing, rebelling, and snarling. It is one of the most exciting vocal performances of the year.

If only you could extend such praise to the rest of “Endgame”.

Rise Against have hit the wall of commercialism hard, and all it’s resulted in is Rise Against, one of the most influential hard rock bands on the planet, sounding like cheap imitations of everyone else.

The tragedy of “Endgame” is that the album itself negates anything that would be inspiring about Tim Mcllraths performance due to the sheer lack of anything else. What would seem to be inevitably angry fist pumping demonstrations turn into poppy anthems.

If the album had any musical promise at all, it is strangled by adherence to a formula so debilitating that nothing on this album amounts to anything more than below average radio-fare.

Rise Against even resurrect periods of granite screams from their early albums, if only to add a desperate shot of energy to these songs, but their placements are so predictable that they’re little more than drab occurrences.

If this is rebellion, it isn’t the kind you find in a refugee camp, more like your local hallmark, next to the valentine cards. On the shelf below you might find the “Idiots Guide On How To Make A Bland Commercial Rock Album”.

There is a breathtaking moment in the song “Make It Stop (September’s Children)”, a heartfelt shout out to the homosexual teens that have committed suicide due to homophobic bullying. As the music slows down for the bridge, you can hear Joe Principe (lead guitarist) read a list of several of these teens, somberly not only listing their names but also their age.

It is a bone-chilling and powerful moment in an album that should have been full of them, a moment so full of heartbreaking ingenuity that it alludes to the powerful experience that the album could have been. Instead we have a band suspended in someone else’s pattern, and repeating it again and again. What a tragic space for art to dwell.