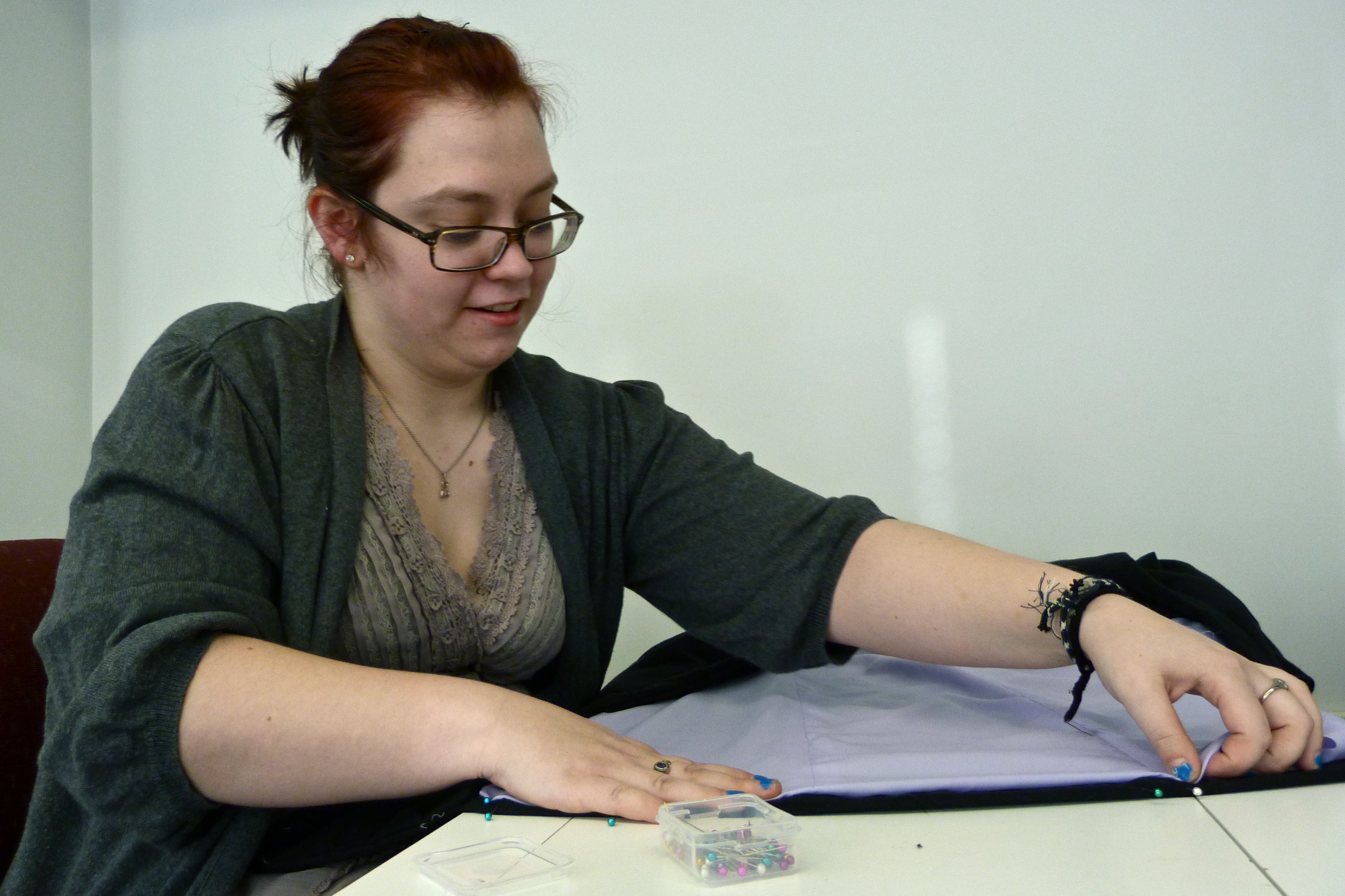 Sara Ford, an apparel merchandising and design senior, was inspired by the purple hues in the sunset and graffiti decorated Detroit buildings while driving to her grandparents’ house in southeast Michigan.

Ford stated numerous times her love for the color purple, which will be in her color scheme for her fall/winter collection.

“I wanted purple everywhere,” Ford said. “Purple is the best color ever.”

Other colors that can be seen in Ford’s three fall looks are grey slate tones and black.

Unlike some designers who sketch designs then fabricate, Ford finds a lot of her design inspiration from fabrics.

“I need fabric to figure out what I want to do,” Ford said.

Most of her fabrics she purchased at the fashion fabric store, Habberman Fabrics, in Royal Oak. She also purchased fabrics from Jo-Ann Fabric and Crafts in Brighton because they had a greater selection than the store in Mount Pleasant.

Ford purchased only one pattern for the coat and made collar alterations, but she flat patterned the rest of her garments.

Her favorite look is a silky dress that Ford designed during her flat patterning class. The dress has two full circle skirts on the bottom.

Some of the other looks in her collection include two peasant style floral pattern blouses, a skirt, pant, coat and cape.

Ford quilted her coat, which was difficult because it was comprised of small pieces. She taught herself how to quilt and also learned some techniques from her grandmother.

A cape is something you might not see from other designers for the THREADS show, but Ford wanted to add one to her fall collection.

“I was watching E! and they said it was the next big thing,” Ford said.

Ford completed most of her sewing at home because there she has an entire room to herself.

“I have three tables set up,” Ford said. “One with my sewing machine, one with my serger and then a card table for all my pattern making stuff.”

With only a couple weeks until the show, Ford’s expectation is simply to not do poorly.

“My entire family is coming, and I am really nervous,” Ford said.

Ford completed about 90 percent of her garments last weekend and only has details to finish, such as hems and buttons, before garment turn in on April 7.