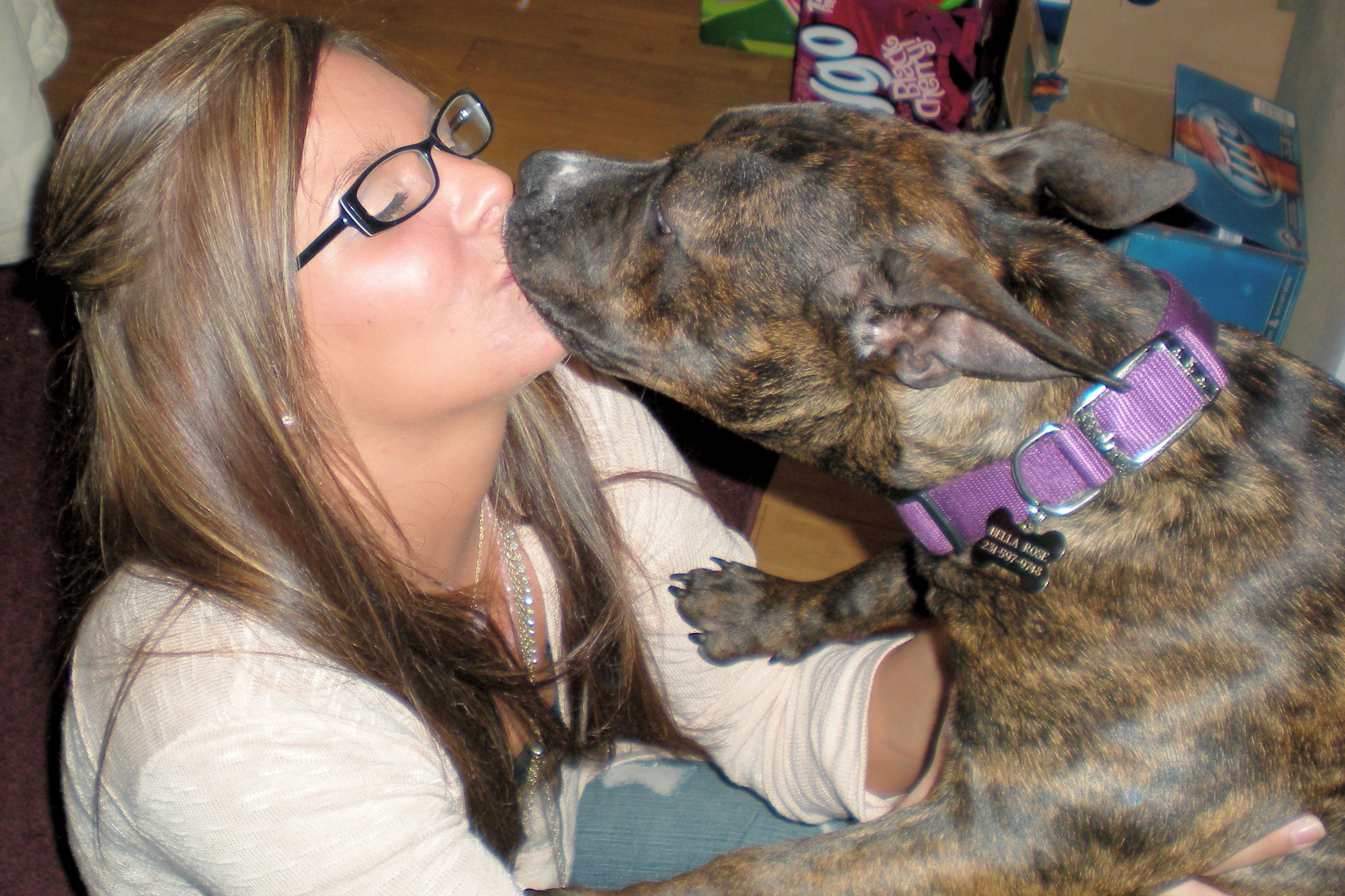 The unconditional love that an animal is willing to give its owner is hard to resist. However, the average college student might have enough on his or her plate to worry about.
Having an animal around may only put additional pressure on a student while managing the stress that comes along with school.

Chelsie Buehler, a Public Relations junior at Central Michigan University, shares the responsibility of Bella, her American pit-bull terrier with her family, who lives in Cheboygan.

Buehler, who bought Bella in 2010 at a Wal-Mart parking lot in Cheboygan with a sign that read, “Puppies for sale,” said that she has to change her study habits when her dog stays with her.

When Bella is around, Buehler said that instead of going to the library to do her homework, she does her homework at her apartment.

During exam week, Buehler said that having her dog around added to her list of responsibilities, but she didn’t cause too much of a distraction.

“I can handle being busy with a dog,” she said.

Having a dog around during exam week was not overbearing for Andrea Doa either, an Apparel Merchandising and Design student at CMU.

“I always made sure that I set time aside to study, as well as playing with my dog,” she said of her Pomeranian dog named “Parker.”

Although Doa says that having Parker around is normal for her, she does have to worry about finding someone to watch him when she goes out of town.

Buehler has to adjust her social life with her dog, as well.

“When Bella’s not here, I keep it to a minimum with going out. I would rather just have friends come over here,” she said.

Megan Boursaw, a feline care specialist, said that although adoption rate is high, several people have brought their adopted pets back. Most of the time, the people who try to return the pets are college students, she said.

“We’ve had several returns because of people not being able to take care of the animal, their apartment can’t have pets, or they’re moving,” Boursaw said.

Kellie Eavey, a Culinary Studies junior at CMU, adopted her cat, “Mr. Snugglesworth,” from Isabella County Animal Control last summer. Though Eavey does not plan on returning her cat, she said that she does have to plan her day around Mr. Snuggleworth. Eavey also said that she feels like her roommates get annoyed of his reoccurring “meows” in the morning.

At some apartments, additional costs are added to your rent each month if a resident has an animal, another presumable stress adder.

Drew Hood, an employee at Campus Habitat’s leasing department, said that students living in Campus Habitat are authorized to pay a $300 non-refundable fee, as well as $25 a month. Next year, he said, residents will have to pay $35 a month for their pet.

Hood said that Campus Habitat has approximately 35 registered pets and at times, two pets at a time in one apartment.

There have been several complaints by residents because of animals, as well, said Hood. Adding that people will call in and ask if there is anything the staff can do about an animal making noise in a neighboring apartment.

“We can’t really do anything about a dog barking,” he said.