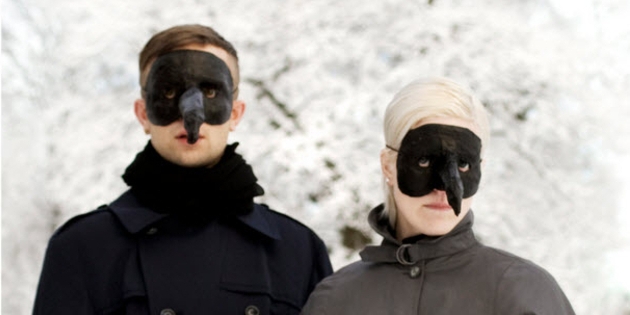 This is a record with a 19-minute long symphonic drone piece called “Old Dreams Waiting to Be Realized” as its centerpiece. The presence of tracks such as these is probably enough to turn earlier fans off before they really sit down and absorb the music. The length is intimidating and, for those unaccustomed to ambient and drone, the music isn’t much easier.

Each piece on this record, however, is something special. It is dark, dreary, textured and bold. This is not The Knife betraying its fan base; rather, it is The Knife (much like Radiohead with “Kid A”) bringing a new, alien element into their music.

“Silent Shout” was a bit of a crossover album, introducing the states to their blend of dark, industrial Swedish pop music. “Shaking the Habitual” shows maturation in the best possible way. The Knife is doing music that it loves for anybody who is caring to listen, and as spontaneous and experimental as some of these tracks seem, they are all orchestrated and structured beautifully.

The album opens with two of its best tracks: “Tooth for an Eye” and “Full of Fire.” They both contain floor-ready percussion and embittered, maddening lyrics.

“Full of Fire,” is as forthrightly menacing as anything The Knife has put out in the past. It is a forceful and downright invigorating song to listen to, with layers of percussion building and building for almost 10 minutes. Karin Dreijer Andersson and Olof Dreijer spew out malevolent lyrics involving gender and liberals making their “nerves twitch.” It is as warped and alive as a nightmare, keeping you dancing and whimpering all at once.

The Knife has always been fairly spooky, but they plunge full on into hellish and maddening territory on “Shaking the Habitual.” On “Fracking Fluid Injection,” a song that will either endlessly frustrate or intrigue depending on the listener, they emulate industrial acts like Throbbing Gristle and Coil, with Karin nonsensically vocalizing for 10 straight minutes over jabbing synths. The entirety of the record is not always as difficult as this particular track, but wading past these eerie and twisted numbers is going to be hard for listeners who want to hear the more propulsive dance tracks.

The two sides of the record fairly balanced between the two styles, and this keeps the album constantly pushing forward. “Raging Lung,” which kicks off CD two, is one of the catchiest and musically inviting songs The Knife has ever made. It is still long (most of the songs average around 10 minutes) but it hardly matters because something is always pulling the listener right back in. Even the drone tracks, such as the aforementioned “Old Dreams Waiting to Be Realized,” are full of intrigue and wonder. The Knife have never been considered a drone act, but it’s an enigma why they have never really delved into the genre. They do it better than almost anyone else.

This mixture of the familiar and unfamiliar, along with the intellectually confounding political implications, makes this a much less immediate and approachable experience than past material from The Knife. It borders on an academic listen, producing innumerable pleasures while simultaneously stimulating the mind.  There is so much here to listen to, from the near-funky minimal lines of “Networking” to the infectious “Without You My Life Would Be Boring.” The instrumentation comes from all different directions, nobly layered and seething with mystery.

Sure, the record is asking you to put a lot into it, but like all great works of art, it then shares its abundant rewards tenfold.