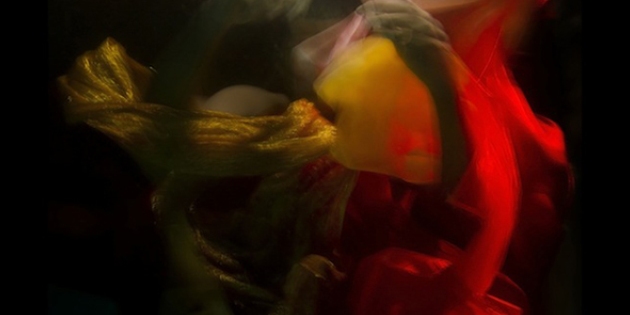 Steve Ellison had a lot of pressure on him. Following the release of 2010’s “Cosmogramma,” many heralded the LA electronic artist as a hero among his peers. Stage-named Flying Lotus, Ellison’s distinct blend of dark instrumental hip-hop went head-on into jazz territory, creating an album that felt completely of its time and place while also paying tribute to the legends of the past.

The record felt like a classic upon arrival and sounded unlike any of the albums released during that year. In an instant, Flying Lotus gained a legion of new fans and admirers ranging from dance-floor ravers to John Coltrane jazz-nuts.

Remarkably, the recently released “Until the Quiet Comes” nearly matches its predecessor. It is a sprawling, dreamy, and seductive record that continually reveals new depth after each listen. It does not have the frantic, free-wheeling compositions of “Cosmogramma,” however, leading some to dismiss it as a bore. Although it is hard to deny that most of “Until the Quiet Comes” would fit in with the calm background music playing at a local Starbucks, it is not remotely a failure or a letdown.

The inclusion of prominent female vocals is truly what separates this album from the rest of FlyLo’s discography. Ellison has used vocals in his compositions plenty of times, but never so strikingly front and center. Niki Randa has a soft, swirling vocal performance over “Getting There,” one of the obvious standout tracks. This is her first time providing vocals to Ellison, and she is the perfect component to his lulling beats.

Elsewhere, R&B queen Erykah Badu lends her sensuous voice to “See Thru to U,” while regular collaborator Laura Darlington coos over the meditative “Phantasm.”

On “Electric Candyman,” Radiohead frontman Thom Yorke gives a great performance, with his signature falsetto complimenting FlyLo’s abstract beat pattern. All of the performances on this album are stunning contributions, and they only further the hazy, astral feel of the music.

On the non-vocal tracks, Flying Lotus proves he is one of the few artists in electronic music that can craft a true song. His work transcends just being a “beat” for bobbing heads. Ellison makes you linger on every detail, absorbing the intricacies of his music. The recent album is also accompanied by a mind-bending short film further portraying Flying Lotus’ exhilarating innovation and imagination.

“Until the Quiet Comes” is the thoughtful, meditative cousin to “Cosmogramma.” It is just as revelatory, though that may not be apparent on first listen. The album takes its time in revealing its charms to listeners, and it may take several listens to fully explore the virtuosic work being displayed across its 18 tracks. Given time, it will reward listeners like very few albums have this year.