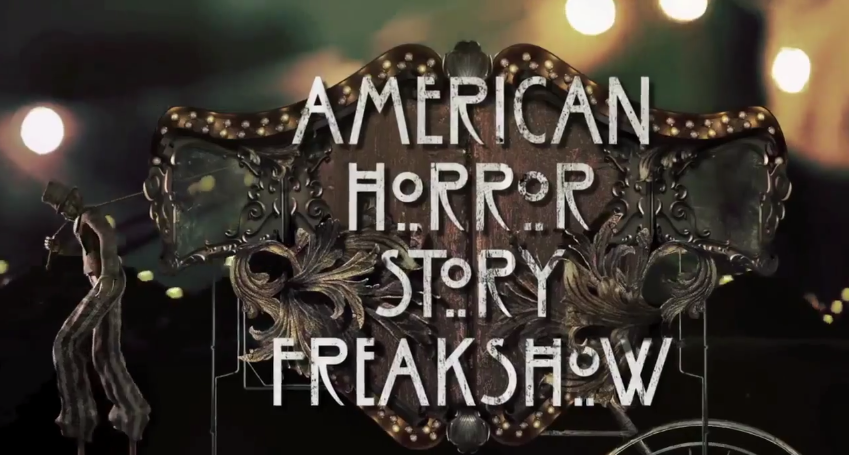 American Horror Story is back with its gruesome galore and the power to amaze and/or disgust everyone who watches it.

The first citizens introduced in the quiet setting of 1952 Jupiter, Florida are Betty and Dot Tattler, two heads sharing the same body. Dot is more reserved and much colder, while Betty wears her emotions on her one sleeve, and appears to be more sexually open.

Flashbacks throughout the episode reveals Betty is apparently much more prone to stabbing their mother. The girls clearly had to deal with several restrictions, such as not being allowed outside during daylight. However, when Betty and Dot couldn’t go see the musical “Singin’ in the Rain” ‘in glorious technicolor,’ it was the last straw, which resulted in the mother’s death.

This is quickly figured out by Elsa Mars, who runs a carnival that came to town. Understanding they’re about to be charged for their mother’s murder, Bette and Dot join Elsa’s show to be the star attraction – and to avoid the grasp of the police.

The bumpkin boys in blue believe our bi-headed wonder is also responsible for other murders that have been happening around town, which were actually committed by a walking of nightmare fuel named Twisty the Clown.

This is the guy your Facebook friends have been putting on each other’s walls to freak each other out. It also appears that enough people are freaked out that the Clowns of America International organization has spoken out against the character.

It’s not terribly difficult to see why, considering the dirt-smudged costume, smiling mask and three bowling pins of hair on a borrowed scalp that Twisty sports. This guy probably isn’t helping either.

Considering all of the plotlines that already need juggling, it’s not entirely surprising the actual freak show itself isn’t seen until about an hour into the episode.

Jimmy, the “lobster boy” with joined fingers, had previously been seen pleasuring the repressed housewives of Jupiter, amongst the assorted carnies.

As the freak show begins with only socialite Gloria Mott and her son Dandy in attendance, Elsa Mars belts into David Bowie’s “Life on Mars” with huge globs of blue makeup rendering her eye lashes to look like butterfly wings, because why the hell not?

Later that night a police officer tracks down Bette and Dot to the carnival, demanding the “freaks” let him take the show’s sole meal ticket. Jimmy, naturally, does jibe with this and cuts the cops’ throat as a lesson to all who think lesser of the physically different carny folk. The sisters are safe, for now at least.

The episode concludes with Elsa admitting to her right hand woman Ethel that she brought the Tattlers in not to save the struggling show, but to bring people under the big top to watch her perform.

Once she’s alone, it is discovered that the ringmaster has fake legs. The final image of a sapphire-painted, two-time Oscar winner grimly hanging over a bed with a distinct lack of lower appendages is not easy to dismiss.

Let us know your thoughts about the show: @GCMagCMU