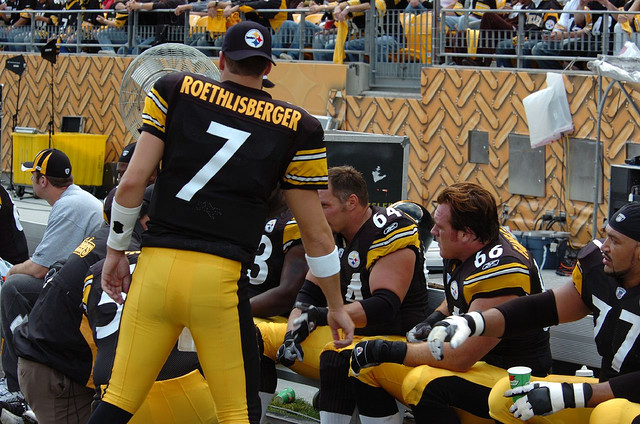 Once again, summer has come and gone. And for those of us who must still dance under the darker side of the American dream, there remains one last beacon of light for the year 2010, football season.

Still in an economic downturn for the ages, Americans can tune in every Sunday and lose themselves, even if only briefly, in a game of heroes battling each other on the modern gladiatorial stage.  Out of context some of these American icons, idols, and heroes can be viewed more as the beasts in a Greek tragedy.

What is it about the American professional athlete that commands the viewer’s forgiveness? Steroids, rape allegations, primordial dog fighting, petty gun charges (with a touch of stupidity), are the stories that fill the absence of the football field.

Some cases are found guilty by law others not, but law exists merely to provide society with the means of not taking their morals into their own hands and tearing each other to shreds, it is not meant  for losing morals altogether.

I felt naive in thinking maybe Americans have lost their morals (myself included as I still tune in every Sunday). In a different light I looked at myself, the average football fan.

I have never taken steroids, committed or attempted rape, attended a dog fight, owned or possessed an illegal firearm , but somewhere deep below the sickened feeling in my gut I know that there lies a flaw, not superficial or trivial,  and that is I am only human and I am capable of doing all of those things.

I believe that is why millions of others and I come together every Sunday to provide the largest viewing population in the world; and in a way, we all say “I forgive you.”  Let the games begin.