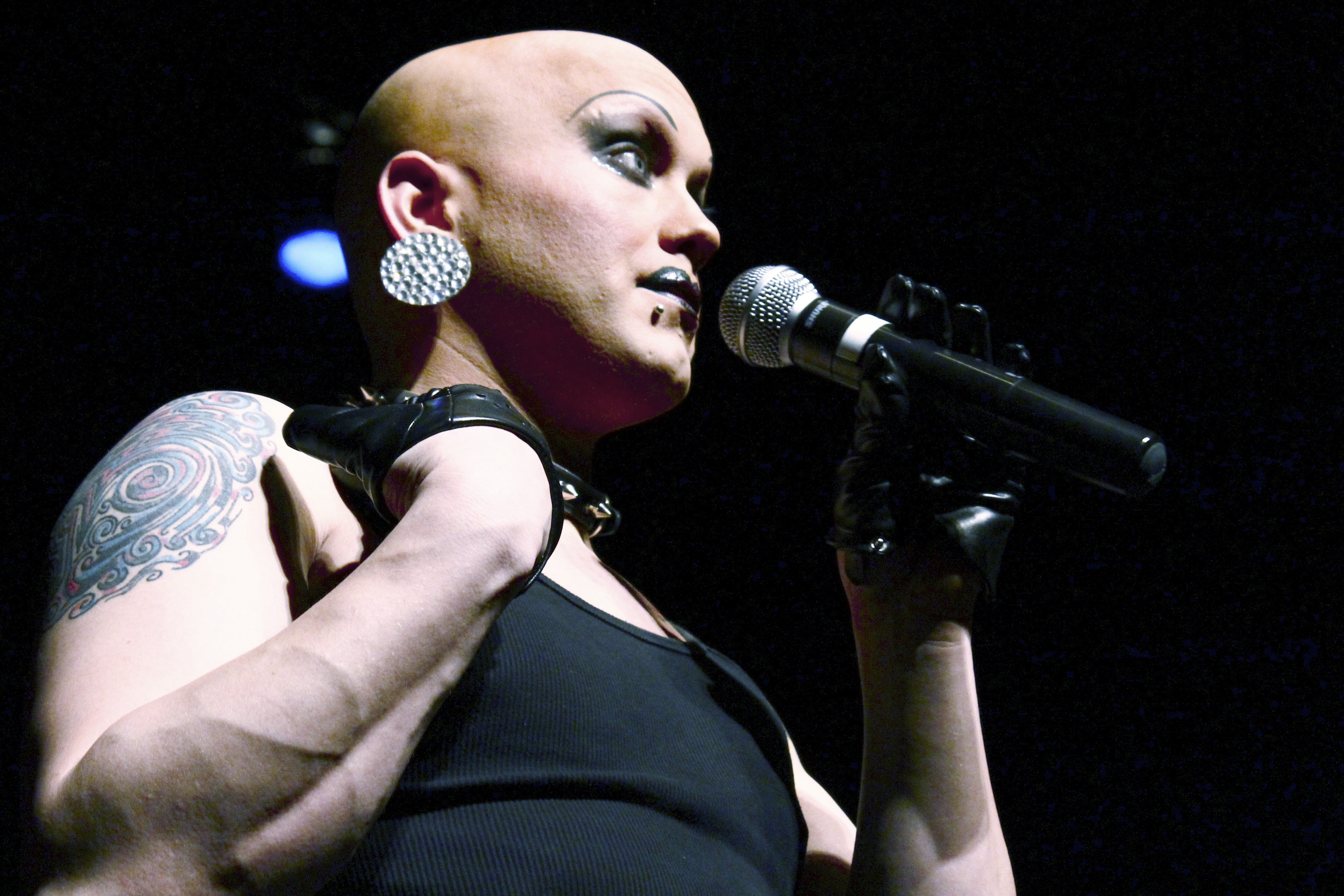 On Wednesday, April 13, the seats of Plachta hall quickly filled up to capacity for the return of the very popular CMU Drag Show.

At 7 p.m., students and faculty gathered into the auditorium to enjoy what would be a very fun and memorable event. The incredibly sharp-tongued and hysterical host, “Sabin” opened the show with an astonishing dance number choreographed by himself. Spinning, jumping, twisting and dipping, Sabin made sure that the audience attended a show to remember.

Lip-synching to the latest songs by Rihanna, Adele, Beyonce and many others, several drag queen performers danced nonstop for 5-minute sets as audience members bolted to the stage to tip them for their amusing frolics.

In their dazzling homemade dresses, draped with their own flashy accessories, each performer sought to entertain every open seat, while at the same time, opening up the closed minds of others in attendance.

With the number of heterosexual audience members, Sabin made sure everyone would be involved in the show – much to the nervousness of many in attendance. Sabin made no haste to leap from the stage, in an effort to pick on random audience members in whatever manner he deemed fit. With his language filter being at the lowest tolerance possible, no one was safe from hearing the outrageous opinions and anecdotes that Sabin so freely expresses.

Tossing out slurs, sexually suggestive phrases and a boatload of hilarious gestures that no one took seriously, Sabin believed his good intentions never had to be severely announced, and if need be, then he will explain – while humiliating you in the process.

“Absolutely wonderful,” Eva said. “I love visiting CMU because they love us back.”

CMU sophomore Mercedes Gordon had never attended a drag show, and until Wednesday, had never even seen a drag queen in person.

“It was so much fun and surreal,” Gordon said. “I didn’t want it to end and I was scared at first because he (Sabin) kept walking near the area I was sitting in. I just knew he was going to joke on my hair because I hadn’t combed it.”

This was Sabin’s 7th time visiting CMU, and he continues to express his appreciation of the support he receives from its faculty and students. During the show, Sabin shared a story of his life-changing experience that altered his career as a comedian after a performance he had done in Pearce Hall.

“You guys gave me a standing ovation,” Sabin said. “Not because you felt you had to, but because you loved me so much that you didn’t want me to stop, and I love you for it.”

Sabin credits the encouragement he received from CMU to his decision to push forward in his career of being a comedian. He’s even recently been offered the opportunity to host his own stand-up set in Livonia, Mich.

One thing is for sure, whether or not the demand is high for drag queen stand-up comics, Sabin will not stop doing what he loves until he glides his way into the spotlight – in 8-inch heels, of course.