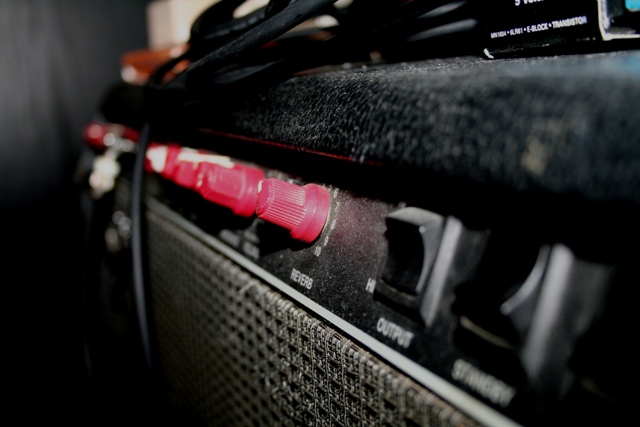 Some broads will do it for the money or fame, while others do it for the attention. But these young broads simply do it because they love to.

Ugly Broads is a young band that started in September 2011. The members of the band are Keith Dast (drums), Jason Kopke (bass), newest member Ethan Lynch (guitar) and Andrew Neal (vocals/guitar). If these guys were asked what they were all about, they’d laugh and tell you, “We’re just some Ugly Broads.” The four guys would describe themselves as fun loving and simply play music because they enjoy it.

“It’s not about getting famous for us,” Neal said. “In fact, that’s the exact opposite of what we are about. We just like to play music.”

The music industry is full of bands and other artists with far out there names ranging from the Goo Goo Dolls to Anthrax. In many cases it seems like the name of a band is haphazardly chosen, with no true reflection on the band. When it comes to the Ugly Broads, however, the name fits their carefree and fun attitude that can be clearly seen when they perform. Of course they said the name was not easy to come up with.

“It was a struggle to find a name,” Neal said. “Most of our ideas were crude inside jokes. Then one day driving home from practice, Keith said ‘ugly broads’ and we laughed. Then, there was silence and then we were like, ‘Wait, that might work’.”

Their love for music and the fans they play for is clear when watching one of their shows. They are sure to give the audience a sight to see as well just the music. They will often dress up for their shows. How they dress varies on the show. It ranges from dresses to feather boas, but it’s always sure to grab the audience’s attention. Neal and Dast each changed into a dress mid show at their most recent show at Riverwood.

The band originated after Neal finished writing his solo album and moved to Mount Pleasant.

“We started because I had just finished writing a solo album and needed a back-up band to play live,” Neal said.

Neal was introduced to Dast and Kopke through a mutual friend while he was looking for his band. Dast and Kopke had known each other from high school. The three decided to team up and began playing music together.

Ugly Broads then played a three piece series at Riverwood. Once they had played a few shows and practices, the group made the decision to stick together and begin writing their own original songs. After a short time of playing together the band recruited its newest member, Lynch.

“We recruited an old friend, Ethan Lynch, who’s a great songwriter and second guitarist,” Neal said. “Our first show with the current lineup and new original songs was the last show at Justice Records. Ever since then we’ve been writing, recording and playing as many shows as possible.”

Most bands will often stick to just one genre of music and some may dabble in two or three, but rarely do they attempt more. The Ugly Broads, however, have no desire to limit themselves to one genre.

“We’re working on a country album now,” Lynch said. “Then, we want to start working on a funk album. Eventually I’d like to do a bluegrass album, too. But we try to not plan too far ahead.”

The Ugly Broads are a band with no one true musical comfort zone. They present a wide range of musical genres to their audience that both conflicts and complements itself. In one show, the band will bombard their audience with hard rock, serenade with country and then invigorate the audience again with alternative rock. Ugly Broads masterfully retain the key elements of each genre, keeping each style true to itself. This aspect of Ugly Broads describes them the best.

“We don’t have just one specific type of genre,” Kopke said. “We want to play several different kinds of music.”

The real defining point of the Ugly Broads is that they play for the love of music as whole. The band is not locked into one set style of genre; they experiment with new sounds, styles and rhythm. They epitomize what can be considered the very nature of music: free expression.