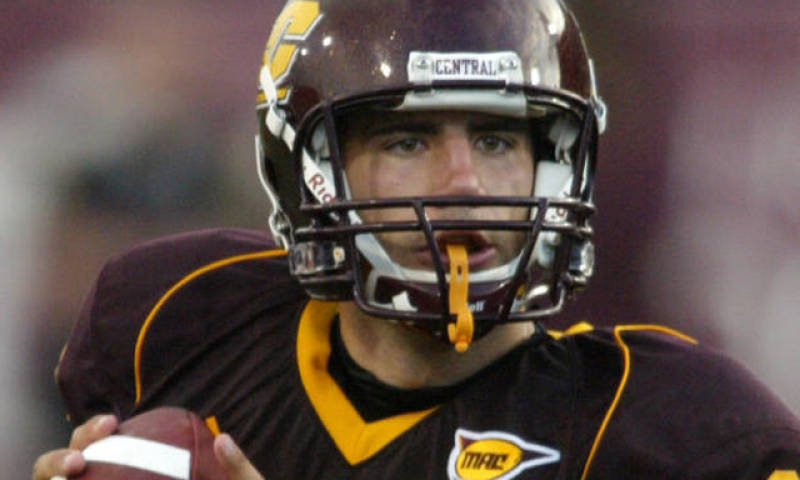 Central Michigan’s 2012 football schedule was released on Thursday and took many by surprise.

For only the third time in the modern era the Chippewas will host seven games, but what does it mean? Last season Kelly/Shorts Stadium saw a sharp decline in attendance as the team struggled and tailgating restrictions left many students wanting.

Sitting up in the press box was more depressing than watching re-runs of Lawrence Welk. With a losing team on the field and little to no fans in the stands, there was little to write home about, at least positive things anyway. Bad jokes about counting the number of fans being easier than (insert punchline here), ran amok.

OK, that was just me. But back to the number of home games next season.

The seven home games could be significant because it provides an obvious advantage, if people actually show up. Players are more comfortable and as long as you’re competing, you don’t have to deal with a hostile crowd. Then again, it could be insignificant for Central because they’ve struggled to win anywhere over the last two years.

Central’s schedule was discussed at length in this week’s Swarley Report. The panel debated whether head coach Dan Enos‘ future with the team depended on the number of wins Central accumulates in 2012. The conclusion was a resounding yes, obviously, as Enos has a 6-18 record in his first two seasons at Central.

After taking over for Butch Jones following the most successful season in recent memory, Enos was given the difficult task of managing expectations. It’s not easy to win with such lofty exceptions in the first place, so when undergoing a complete system overhaul (spread offense to pro-style offense) and developing young and inexperienced players at nearly every skill position, it’s pretty much impossible.

Two years ago quarterback Ryan Radcliff was faced with replacing LeFevour, an NCAA record-breaking quarterback who lifted the football program into relevance and the Top 25. If that task wasn’t difficult enough, Radcliff was then asked to operate an offense he wasn’t familiar with, an offense that was drastically different from the one he thought he would be running after taking the reigns following LeFevour’s departure.

As you might expect, it hasn’t exactly been easy for the quarterback since.

He’s been inconsistent the last two seasons and while he threw a career-high 25 touchdown passes last year, he also threw 16 interceptions and saw his completion percentage drop nearly four percent from 2010 to 2011. A lot of that was due to a plethora of young receivers with a case of the drops, but Radcliff has had a tendency to play well and then make a questionable decision that put his team in uncomfortable positions.

Everyone remembers the fiasco that was the Michigan State game when Radcliff was benched and then eventually reinserted into the contest. It caused a bit of a quarterback controversy for a week and then folks moved on. This year however, redshirt freshman and local favorite Alex Niznak and sophomore transfer Cody Kater are waiting in the wings, so the quarterback carousel could start again if things go awry.

Radcliff is the most talented and polished quarterback on the roster as it stands, but an abundance of turnovers and a two-year track record of losing more than he wins will follow him into this season. But if he and the Chippewas are successful early, the seven home games could benefit the senior signal caller more than anybody.

Radcliff will get every chance to keep his job and graduate a winner, but if the team struggles and Enos senses the team is in danger of meeting the unfortunate expectations his regime has set once again, anything is possible. But as the cliche goes, the quarterback gets too much credit when the team wins and too much blame when the team loses.

So whether it’s at home or on the road, for Radcliff and Enos’ sake, let’s hope they experience the first part rather than the latter.