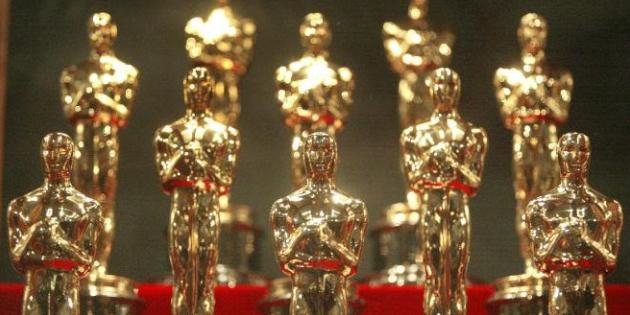 The Academy will deliver their results for arguably the most prestigious cinematic awards, The Oscars. The iconic golden statues will be given on Feb. 24. “Grand Central Magazine’s” favorite movie buffs dole out their predictions for Best Picture, Director and Lead and Supporting Actor and Actress.

Matt Erspamer– “Argo.”  Ben Affleck’s spy thriller has been gaining crucial late-season momentum, and even though it is without a Best Director nomination, it has surpassed both the Weinstein-backed “Silver Linings Playbook” and the seemingly unstoppable “Lincoln” as the front-runner.  If I had my way, this would go to either “Beasts of the Southern Wild” or “Zero Dark Thirty,” the two best movies I saw in 2012.

Samuel Tunningley– “Zero Dark Thirty.” The controversy surrounding “Zero Dark Thirty” and its portrayal of torture is a load of hyperbolic nonsense.  It has, however, brought the benefit of getting crowds buzzing about the movies again. As for the movie itself, it nearly lives up to the immense amount of hype brought onto it. Like “The Hurt Locker” before it, it is a sprawling, episodic work that offers moments of stark brutality and stunning attention-to-detail. Kathryn Bigelow, snubbed out of a Best Director nom, is becoming a true feminist icon by working in the most macho of film genres. This film can enrage and move us and is far from disposable.

Stephen Cross– “Argo.” In one of the most exciting Oscar race in years, “Argo” has surpassed “Lincoln” as the front-runner and has been consistently winning awards for Best Picture at nearly every awards ceremony. “Argo” is not a lock, though. It is nearly impossible for a movie to win Best Picture without having a nomination for its director. This has only happened four times in the 85-year history of the Oscars. The true story in “Argo” would not have been possible without movies and Hollywood, and the Academy voters recognize that.

Matt– Steven Spielberg.  Though he is likely to lose the biggest prize of the night, he will be honored here for his superb, subdued direction in “Lincoln.”  I have no real qualms with him winning because “Lincoln” is one of his best films in recent years, but then again I have no problem with Haneke, Zeitlin or Lee walking away with this award either.

Samuel- Steven Spielberg. This is the worst list of Best Director nominations in recent memory. This is the Academy, once again, playing it completely safe. The only director that really stands out in this category is Spielberg for “Lincoln”. No stranger to the Academy Awards, Spielberg surprised with “Lincoln,” a talky, significantly less-epic film than anyone is used to from him. Sets cloaked in shadows urgency of dialogue gives a surprisingly tense and edgy bit of dark history. Instead of the expected biopic, Spielberg gave us a fairly unconventional historical epic that hit nearly all of the right notes.

Stephen- Steven Spielberg. Since the Academy completely snubbed Ben Affleck of a nomination this year for Best Director, the front-runner spot goes to Steven Spielberg. Spielberg has had a love/hate relationship with the Academy in the past, but since “Lincoln” was so well-received by Hollywood, it is likely that they will reward him this year. The only way Spielberg can lose is if Ang Lee upsets him for his work in “Life of Pi.” But for now, it is very likely that Spielberg will have another award to add to his collection.

Matt-  Daniel Day-Lewis, obviously.  None of the other nominees really stand a chance, although personally I thought Phoenix gave the best performance of 2012 in “The Master.”  I would’ve liked to see Jack Black nominated for “Bernie” or Richard Gere for “Arbitrage” instead of Hugh Jackman and Bradley Cooper.

Samuel- Joaquin Phoenix. In “The Master,” Phoenix, who is continually and inexplicably underrated, pours everything into his character, Freddie Quell. A frightening and unpredictable performance, his facial contortions only hint at the anguish grinding inside him. He is a tragic character in the most American sense, searching for some kind of meaning and coming out with hardly anything. Phoenix continues to be one of the most exciting working actors around right now, and we should give credit where credit is due.

Stephen- Daniel Day-Lewis. Day-Lewis has had this award locked since the first still of him as Abraham Lincoln was released early last year. He completely embodies another human in his performances, but this one was tougher because there is no certified footage of Lincoln available. Day-Lewis is one of the best actors working today, and on Oscar night he is sure to get his third Oscar.

Matt-  Jennifer Lawrence is the only near-certain victory for “Silver Linings Playbook,” and deservedly so.  The only performance of this bunch I haven’t seen is Naomi Watts’, and the others are all incredible.  If I had to choose, I would pick Emmanuelle Riva’s devastatingly real turn in “Amour.”

Samuel-  Jessica Chastain.  “Zero Dark Thirty” gives Chastain the needed screen time to show everyone what a powerful and assertive female actress is. Maya is a character constantly underestimated by all the male figures surrounding her, and Chastain brings forth that frustration and degradation. The final scene in “Zero Dark Thirty,” is a surging emotional moment in a largely cold, despairing movie. By revealing an entirely new character layer with loneliness and vulnerability, Chastain’s performance felt vital in a way that few others did in 2012.

Matt-  This may be the most unpredictable category of the night, though I think Tommy Lee Jones and his wig will walk away victorious.  He bites into the role of Thaddeus Stevens with his unique brand of dry sardonic delivery while also grounding him in a deeply humanized way.  I wouldn’t mind an upset from Robert De Niro, though, who gives his best performance in quite a while in “Silver Linings Playbook.”  Waltz was a co-lead in “Django,” as was Hoffman in “The Master,” so I don’t think they should be nominated here.  I would’ve substituted Matthew McConaughey in “Magic Mike” and either Samuel L. Jackson or Leonardo DiCaprio for “Django Unchained.”

Samuel- Christoph Waltz. Waltz as Dr. King Schultz in “Django Unchained” is proof that sometimes supporting characters can outshine the leads. We walk away from “Django” remembering Walt’z character because he is so richly likeable, cunning, smarter than every other character. Waltz could be to Tarantino what DeNiro was to Scorsese or Kinski was to Herzog. He fits so perfectly in the director’s world that it is a wonder how they got by without each other. King Schultz is an irrefutably great character, maybe even outdoing Waltz’s role in “Inglorious Basterds.”

Stephen- Robert De Niro. Best Supporting Actor is the most unpredictable this year. For this category, Christoph Waltz won the Golden Globe and Tommy Lee Jones won the SAG Award. I’m predicting a slight upset that Robert De Niro will win this category. Harvey Weinstein, one of the most powerful people in Hollywood (and the main distributor of “Silver Linings Playbook), made sure that De Niro did some hardcore campaigning before Academy members’ votes were submitted. De Niro deserves this award for delivering such a heartfelt performance.

Matt- Despite a series of increasingly unbearable acceptance speeches, Anne Hathaway has this one on lock-down.  I found the rest of “Les Mis” to be sloppy and incoherent, but I won’t be that upset if she walks away with this trophy even though it’s really just for singing.  If I had it my way, either Amy Adams or Sally Field would take this award.  Both were scene-stealers in male-dominated  narratives that tried to overshadow them.

Samuel-Amy Adams. The fact that Adams has minimal screen time in “The Master” and still manages to turn in a great, mesmerizing performance shows just how undervalued of an actress she is. The director fully realizes the scope and range of Adams and gives her a part that is no less important than two stunning leads. Although the award will likely, predictably be given to Sally Field, it is Adams who is the true star of the nominees.

Stephen- Anne Hathaway.  Even though she only has around 30 minutes of screen time, Hathaway delivers one of the most powerful performances of the year. The buzz has mostly been focused on her rendition of “I Dreamed a Dream.” Her live-singing performance was one of the most beautiful and moving scenes of the year. The only real competition that Hathaway has in this category is from Sally Field, but Hathaway is mostly a lock to win.

Tune into the upcoming Oscars to find out who will walk away victorious. To see Matt, Samuel and Stephen‘s full ballots for this year’s awards, visit their New York Times ballots! To view trailers for all of the nominated pictures and additional information, visit the official Academy Awards webpage.