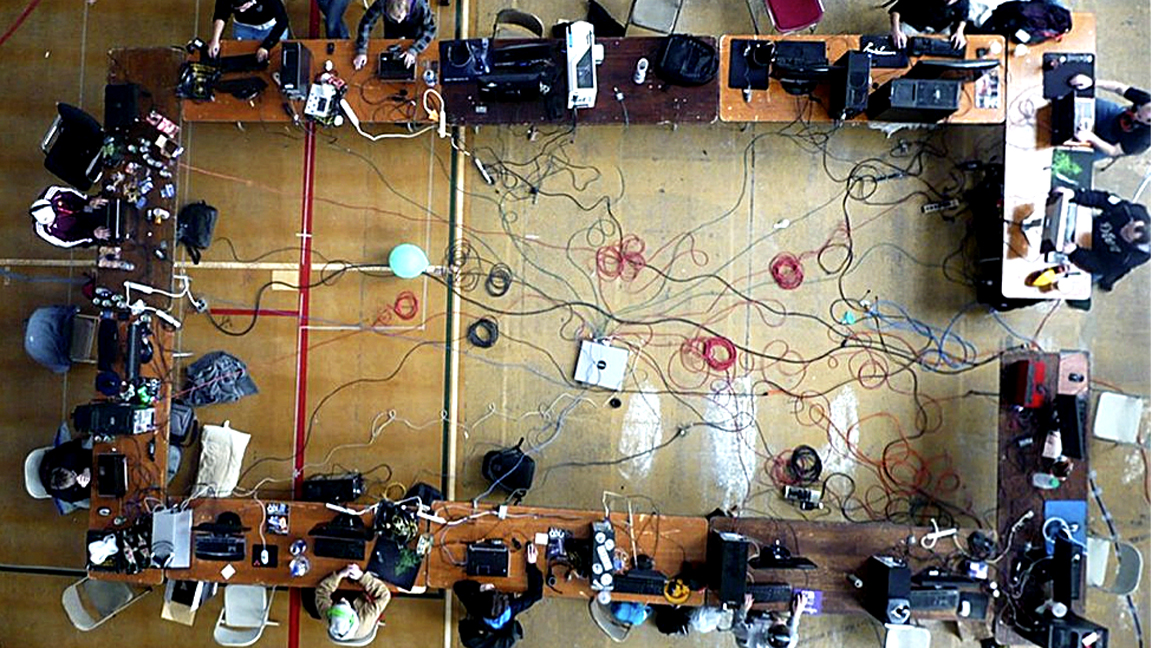 Most people associate a 36-hour event with a music festival, a state fair or a child birth, but the folks at http://www.bigshotgaming.com/ put on Michigan’s largest and longest LAN party last weekend.

Starting Friday at 6 p.m. and ending Sunday at 6 a.m., 160 contestants brought their PCs, their game faces and their Mountain Dew for a marathon session of video games. Finch Fieldhouse was packed with people ready to get their game on.

“This LAN party was started back in 2005, and it’s evolved from a small, four-person apartment LAN to a 160 people mega-LAN,” Thomas Wiedenbein, one of the event’s admins, said. “This is currently the largest LAN in Michigan, and it’s great because it gives people in Mt. Pleasant something to do other than getting drunk at bars.”

Gamers from as far away as Ohio, Indiana and Illinois gathered to compete in tournaments in “League of Legends,” “Counterstrike: Source,” “Starcraft 2,” “Team Fortress 2” and many more for nothing more than pride and camaraderie.

“It’s one thing to be playing people online, but it’s another when you can be here with your friends and make new friends. You can walk up to somebody after a match and shake their hand,” Travis Chapman, another admin, said.

“It’s great because there are people here that I’ve met online, and I’m meeting them for the first time in person this weekend,” Brad Krathwaohl said. “This is just a great way to meet people who like the same things you do.”

For such a long event, it would be easy to become fatigued and run out of steam, so it shouldn’t be a surprise when people bring 12-packs of Dr. Pepper, their own sleeping bags and even a mini-fridge. Yeah, someone brought their own mini-fridge.

To help keep awake well into the night, the event was sponsored by Shock: Hyper-caffeinated Coffee, Foosh Caffeinated Mints and Bawls Guarana Energy Drink. Red Bull even hired a few girls to walk around and give out free energy drinks. No one overdosed on caffeine, but no doubt they could have if they really tried.

Over 36 hours, 160 people from four states played dozens of different games. Old friends were reunited and new friends were made. While others were out at bars getting too drunk to remember what happened the next morning, 160 people made memories that would last a life time.