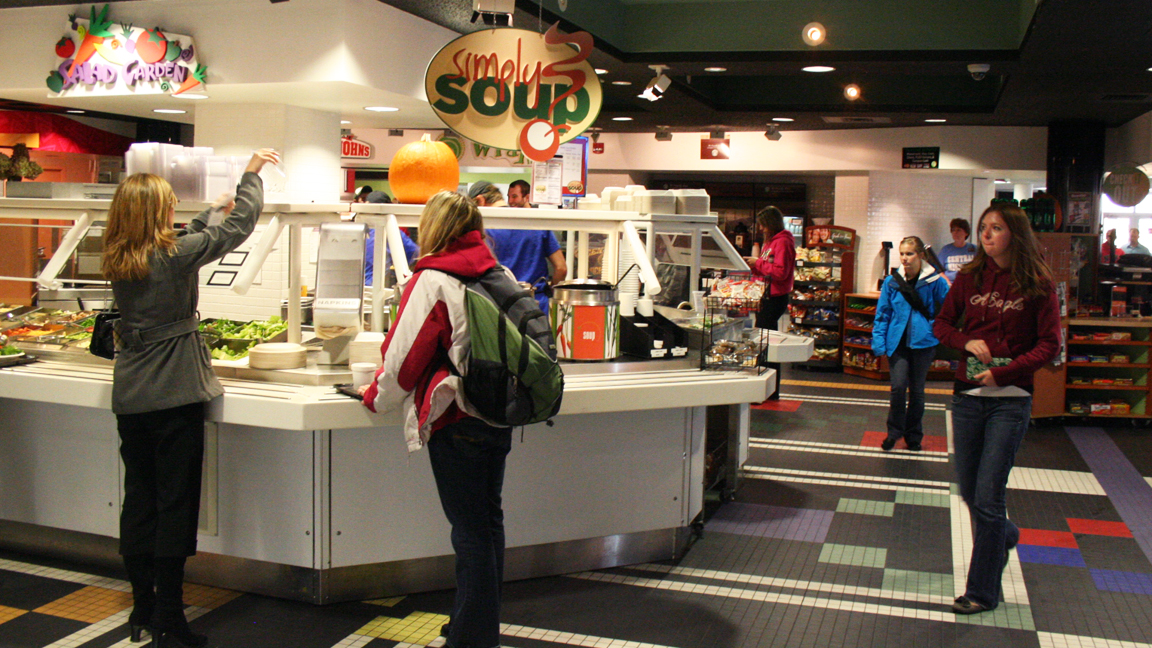 As the semester comes to an end, many students’ FLEX dollar spending habits take on a more frugal approach.

FLEX dollars are free cash obtained depending on the meal plan you sign up for. The amount of FLEX given to students ranges from $100 to $300.

Freshman Kaylie Gillenkirk from Monroe, Mich. started with $200 FLEX but now has only $50.

“I spent a lot of money buying little kids trick-or-treat candy,” Gillenkirk said. “I like to buy Ben and Jerry’s Ice Cream and it kills me because it’s $5 a tub. I also like to buy pizza rolls because they are delicious.”

Some students have had the same problem as Gillenkirk when it comes to spending money on pricier foods including Freshman Shana Boyle from Naperville, Ill., who started with $100 but now has only a mere $15.

“The items in The Market are overpriced,” she said. “They need to give you more FLEX dollars. Even though I have an unlimited meal plan, $100 doesn’t cut it.”

Other students have been able to save their FLEX dollars over the semester.

Kaitlen Lang, a freshman from Auburn Hills, Mich. started with $200 FLEX and still has $135.

“If I need to grocery shop, I just go to the grocery store. The Market is usually pretty expensive. I’ll end up using all of my FLEX dollars before the end of the semester though,” said Lang.

Employees at the various stores across campus have noticed a trend with students using FLEX dollars.

“Students are spending less FLEX more often. People tend to spend it really early and then they have none at the end of the year,” said C3 employee Alex Bull, a senior from Bailey, Mich.

Junior Alex Kocina, an employee at The Market from Commerce Township, says that students seem to prefer the hot food.

“Papa John’s and drinks are the most popular,” he said. “Personally, living off campus I wish I could have FLEX. It would be good to get a drink in between classes.”

Though some may not know it, students both on and off-campus can add FLEX at The Central Card Office in the Bovee University Center or purchase more FLEX online at campusdish.com.

FLEX dollars provide students a free alternative to buying food and drinks. As a college student, there’s nothing better than receiving a free meal.