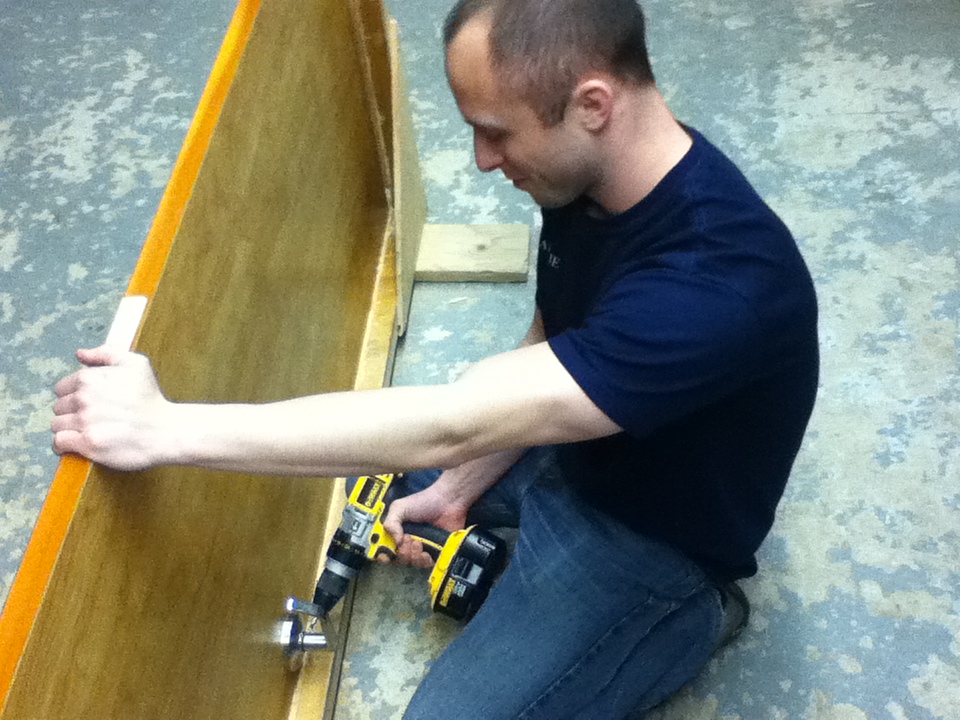 It is finals week, and while you should be studying for that chemistry final you’re instead trying to unclog your toilet, stop your shower from leaking and trying to keep your door from falling off its hinges. Thankfully this is not the case for students living in residence halls; this is because they have building maintenance workers.

A Building Maintenance Worker, or BMW’s, main priority is to ensure that the facilities and the structure of a residence hall are all working smoothly. If something in the residence hall breaks, it is the BMW’s job to fix it as quickly and efficiently as possible. As a result the only things students need to focus on during finals week are the finals.

There is rarely a dull moment for BMWs while they are on the job. A BMW’s job is not just to repair what is broken in the residence halls, but they also is working with the students and keeping them happy. BMWs try to make the repair process as quickly and convenient for the students as possible. The more stress the BMWs can take from the students the better.

CMU’s south quad made up of Sweeney, Thorpe, Merrill and Beddow residence halls has the perfect examples of BMWs working hard to keep the halls running efficiently. The head BMW in the South Quad is Henry Miller who has been working maintenance at CMU for over 10 years. He has six student workers: Barrie Gostlin, Kevin Hammar, Jeremy Heinlein, Brian Jackson, Blake Vostrirancky and Matt York. Each one of these students has had his share of experiences during their time as a building maintenance worker, and each one has his own reason for working there.

Barrie Gostlin, a LeRoy senior, is an industrial education major who views his time as a BMW as a learning tool to prepare him for his future career as an industrial education teacher. Between constructing projects in the woodshop to putting up new masonite walls in all the dorm rooms, there are plenty of opportunities for Gostlin and other students on a similar path to get this kind of experience in a work setting.

“Being a BMW has helped my work ethic and team building skills that will help me later in life,” Gostlin said.

Being a BMW is not all about the work. There is time on the job when the BMWs get to interact with the students they are helping. These interactions are normally friendly conversations about school, but every once in a while the BMWs joke around with the students too. Gostlin recalls a time he went to a room to replace a bed frame for some students. The students asked him a few questions including how he liked his job, where did he apply to get it and how many hours of experience a person needs to be a BMW. The LeRoy senior quickly responded with an exaggerated answer.

“I told them you need 40,000 hours of experience and it was a difficult process. They were astonished at first, but after thinking about it they realized it was a joke,” Gostlin said. “It makes work easier when you can joke around with your fellow students.”

Building maintenance workers are an important part of CMU’s campus. They keep the residence halls from falling apart and parents from worrying about their kids out on their own for the first time, but most important they ease the load on students who are already overloaded with homeworking assignments and trying to cram for exams. BMWs may not be the most notable workers on CMU’s campus, but there is no doubt they are one of campus’s most important.