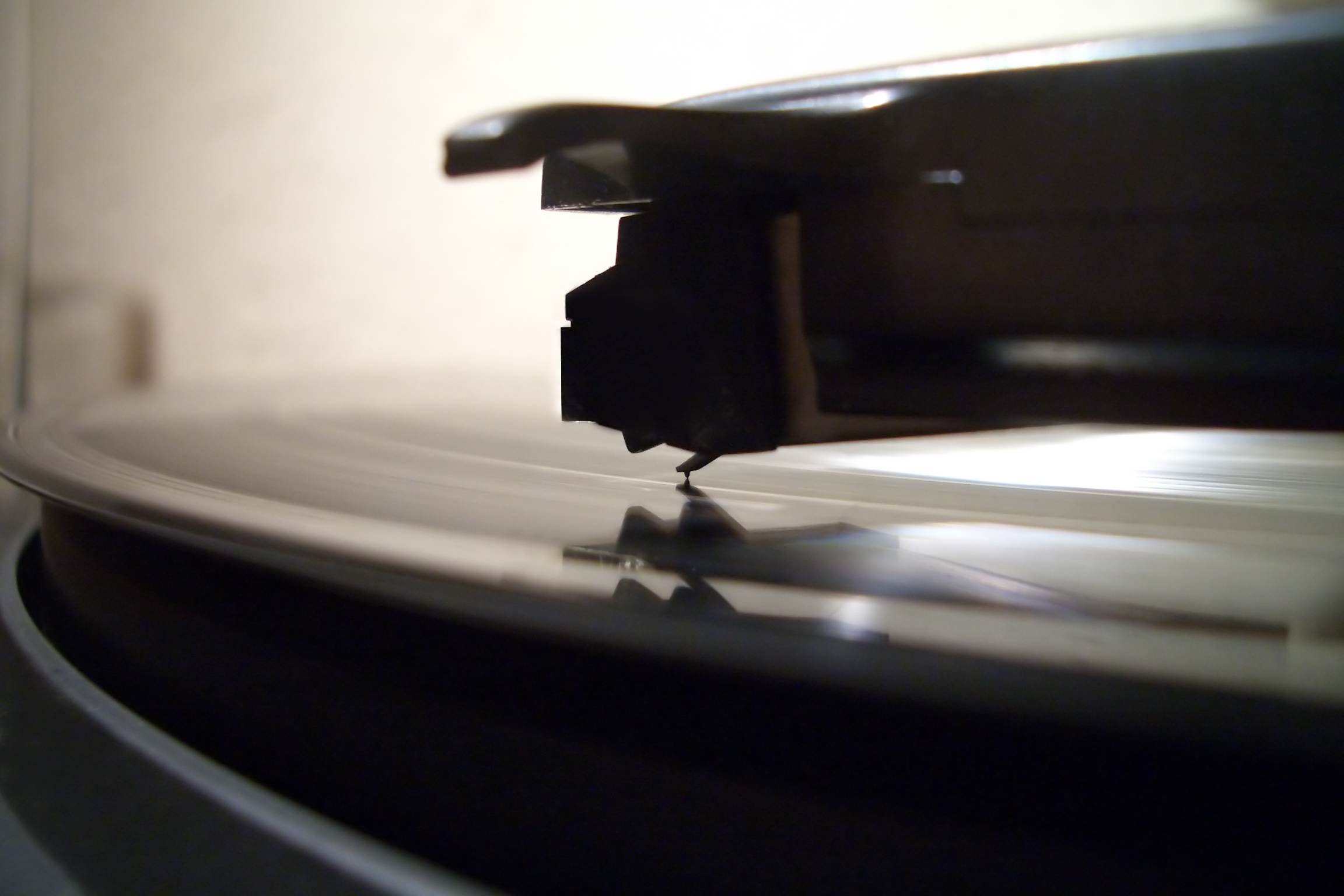 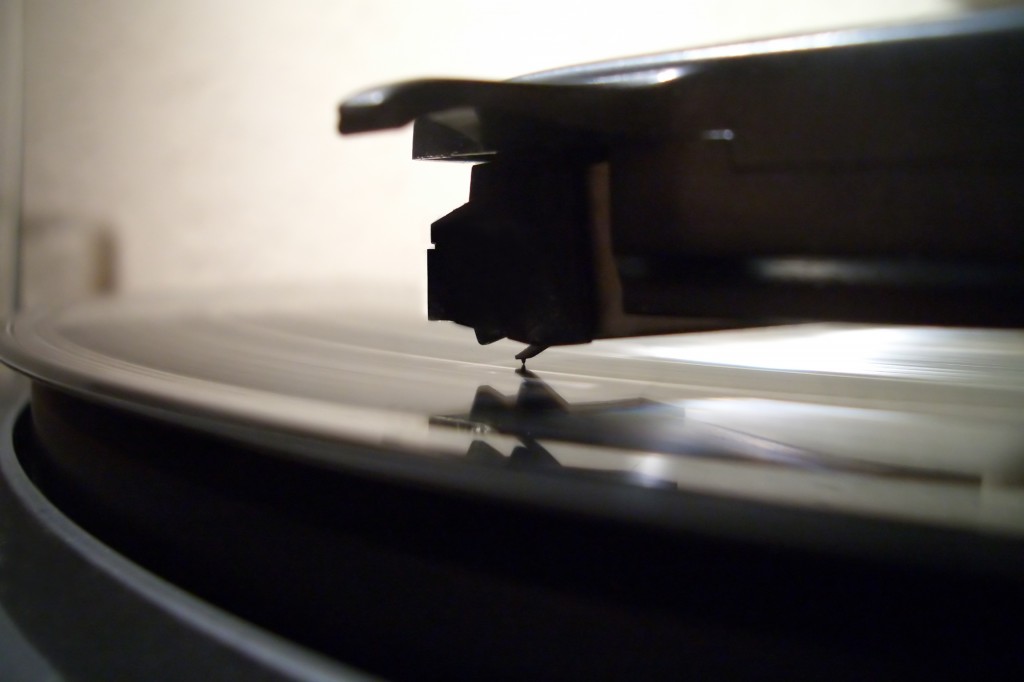 In an age of instant gratification and multitasking, one nostalgic element of music has resurfaced – the vinyl record.

Mad scientists hired by record companies have not revived this medium, nor have oldies listeners banned together to stage a coup on the iPod. The music community has demanded this movement – vinyl is here to stay.

The History of the Vinyl Record on Dipity.

Who are these people begging for old technology? How can one jog, and be listening to a vinyl record? What happened to CDs?

These questions can only be answered accurately by a select number of music industry giants. One of them is Ben Blackwell.

Ben Blackwell, an executive of Third Man Records, is a leader in the coalition of vinyl sales. His involvement with music started here in Michigan, and continues today along side his rock-star relative, and founder of Third Man Records – Jack White of the White Stripes.

Blackwell is a kingpin of Detroit music. He is the founder of Cass Records, and one of the two drummers of the infamous Detroit rock group, The Dirtbombs.

The rising success of rock-icon uncle, Jack White, encouraged Blackwell’s stint as a roadie for the ‘Stripes’ duo, and as the content provider for the band’s website. Eventually, Blackwell discontinued his studies as a journalist at Wayne State University in order to enter the world of entertainment full-time.

The start of Third Man Records in 2001 marked the beginning of a new era of sounds for Detroit. Jack White, who had formerly co-owned an upholstering shop called Third Man Upholstery, began to put limited-edition vinyl copies of his work inside of refurbished furniture as a creative prank. (If you have an old chair from this shop, cut it open immediately!)

White’s love for vinyl, and international success, gave him the chance to expand this idea on an exponentially larger scale. Third Man Records demanded a spot on the map after opening their first physical location in Nashville, Tennessee, March 11, 2009.

Since their opening, the label has made in-house recordings (all on vinyl) for artists such as: The White Stripes, The Dead Weather, The Raconteurs, Black Milk (Detroit hip-hop producer), Jerry Lee Lewis, The Cold War Kids, Reggie Watts, The 5.6.7.8.s and even television host Conan O’Brien – who recorded an interview, and a musical set for Third Man.

The label’s success has recently inspired the creation of the Third Man “Rolling Record Store”, which debuted at SXSW music festival March 16-20, 2011. This yellow and black, custom-built van boasts a ‘full-stock’ of Third Man vinyl merchandise… and a mobile sound system crafted for live performances.

Ben Blackwell, whose TMR business card reads “Pinball Wizard”, has willingly shared his knowledge of the resurgence of vinyl, the recording industry and Jack White’s dedication to Third Man.

This is Grand Central Magazine’s exclusive interview with Ben Blackwell.

P.Y: Is this vinyl fascination purely handed down? Or has it been re-born?

BB: I really don’t think it’s handed down…if you take younger kids and try to hand something down to them they’ll almost always reject it. They have to discover for themselves.

P.Y: Why is vinyl the comeback king of music technology? Nobody liked Cassettes enough right?

BB: Vinyl was the first dominant format and so it will always be there, through good times and bad.

P.Y: Is a fuzzy sounding quality being sought?

BB: There’s probably a minority who are looking for fuzzy sound quality. A newly pressed record doesn’t, or shouldn’t, sound fuzzy. It should sound warm and fresh.

BB: Not necessarily, there are 30 to 40-year-old turntables that folks still seek out and pay out-the-nose for because some of the engineering or technology is still unparalleled.

P.Y: There are now vinyl-to-CD/MP3 conversion systems in many new models of players. Are these good or bad for new vinyl business?

BB: I’ve honestly never used any of these, but think it’s a good idea in theory at least.

P.Y: Have record companies fueled this interest, or has it been demanded?

BB: Record companies have never fueled the interest. They’re always behind the curve.

P.Y: Then how do artists feel about the rising demand for new vinyl?

BB: I think most artists are into it, it’s another way to connect to fans, sell them something, get your point across, make a buck to put gas in the van.

P.Y: Are production costs helpful, or a burden?

BB: In comparison to CD’s vinyl is definitely more costly. I don’t know if that qualifies as a burden, but it certainly makes folks cautious.

P.Y: Is the collectible nature of vinyl caused by their rarity?

BB: Some of it is due to rarity, but I think it also has to do with ownership. People like owning things. They like showing their possessions off. They like organizing them, counting them…quantifying it all. No one really feels that way about mp3’s because it’s all just ones and zeroes in the end. You can’t physically see an mp3. What fun would collecting that be?

P.Y: Is a continued collection, started by a family member or friend, a common place to begin?

BB: Most definitely. It’s a great entry into the world and the format.

P.Y: Mass collections, such as music industry reps, artists, and DJs – how do they begin?

BB: I think mass collections start when folks either stop listening to stuff or start getting given stuff for free. I honestly don’t think it has anything to do with money. Most record collectors with massive collections and lots of money probably had the collections way before they had money.

P.Y: Where does one look for rarities, collectibles, original releases, and ‘great finds’?

BB: eBay is your best bet. Everything shows up there at one time or another. For very specific, ultra-rare type things it certainly helps to have a circle of other collectors to swap with.

BB: I just don’t have the time to hunt any more…I’ll pay a premium for a nice piece.

P.Y: What is the death of a vinyl record? Heat, stacking, scratches?

BB: All of the above. I’d have to say heat is probably the worst though.

P.Y: The necessary care of a collection forces a collector to become a caretaker. Are people attracted to this responsibility? Like the winding of an old watch, or the gardening of a plant?

BB: Some folks oversee their collections with the utmost care, like museum curators. Others just don’t give a shit and just want to listen to the music. I’d like to think I find myself nestled right between the two camps.

P.Y: What is Third Man’s mission?

BB: I don’t know if we have a mission statement, but it would have something to do with vinyl and analog tape and tangible records.

P.Y: Founder Jack White seems to be loyal to old practices – from style, to music, to instrumentation and recording. How important is this to Third Man’s vinyl production? Does this affect the practices at Third Man Records?

BB: It’s very important…there’s no real ‘high tech’ way to produce vinyl though…if you’re pressing records you’re dealing with a technology that basically peaked in the 1960’s and hasn’t had too many improvements since then.

P.Y: The White Stripes have called it quits. Though Jack White’s career involves several groups, will the end of The Stripes bring new avenues for Third Man? Has White’s busy schedule been intrusive, or helpful to the company’s recording?

BB: We have yet to suffer from Jack’s busy schedule and I doubt we ever will. He just doesn’t slow down and we all do our best to keep up with him.

P.Y: What is Third Man’s stance on downloadable content? Is this an outlet for artists, or an illegal epidemic of pirating? Is this battle more challenging than the eBay flipping of merchandise, or less threatening?

BB: Well, there are multiple kinds of downloading. We offer our stuff on iTunes and folks seem to respond positively to that. As far as illegal downloading…well, your answer is in your description. Generally though, it seems that if people are aggressively downloading your content illegally they’re probably making up for it in other ways – live shows, merchandise… but that doesn’t lessen the fact that they’re still doing something illegal.

P.Y: How much fun is this industry? Most people can imagine the stress of any business… but the perks must outweigh the toils of paperwork…

BB: I think it’s pretty damn fun and can’t imagine working in any other world. I mean, who wants to be a waiter? And there’s not really that much paperwork.

P.Y: How do I know when I have found a truly valuable piece of vinyl?