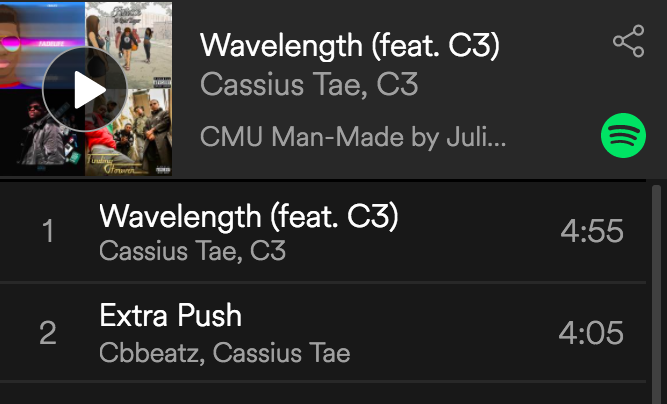 If there are two things that Central Michigan University isn’t lacking, it’s talent and ambition. Some of the best displays of those traits lie in the music and hearts of Central students, alumni and those just passing through. Here’s a rundown and playlist of some of Central’s artists doing work in their passion: music.

Open up your ears to this selected CMU Man-Made playlist, or dive deeper into their work and check out their albums below.

Wallace considers himself a versatile artist with his ability to be more than just a rapper.   His favorite tracks on “Ghosting” are “Lover’s Lane” and “A New World.” The album is raw and intimate with true-to-life vocals. Danonymous also has another album called “We Up Next, Pt. 2” on Spotify that is full of music and collaborations from other artists as well.

Horton graduated from CMU in May 2017. His album “It Gets Deeper” is bursting with honest and genuine rap and R&B lyrics. Horton’s love for music began when he started spending time in the studio with his father. Follow Finesse on instagram @_finesseaye or take a look at his website here.

Miller attended Central for two years before moving to Atlanta, GA to work on his music. His current project “Continued Development” is a testament to the work he’s doing in his life and in his music. Some of the songs represent past relationships Miller has had. He drew inspiration for the project from Greek mythology as well as his own life.