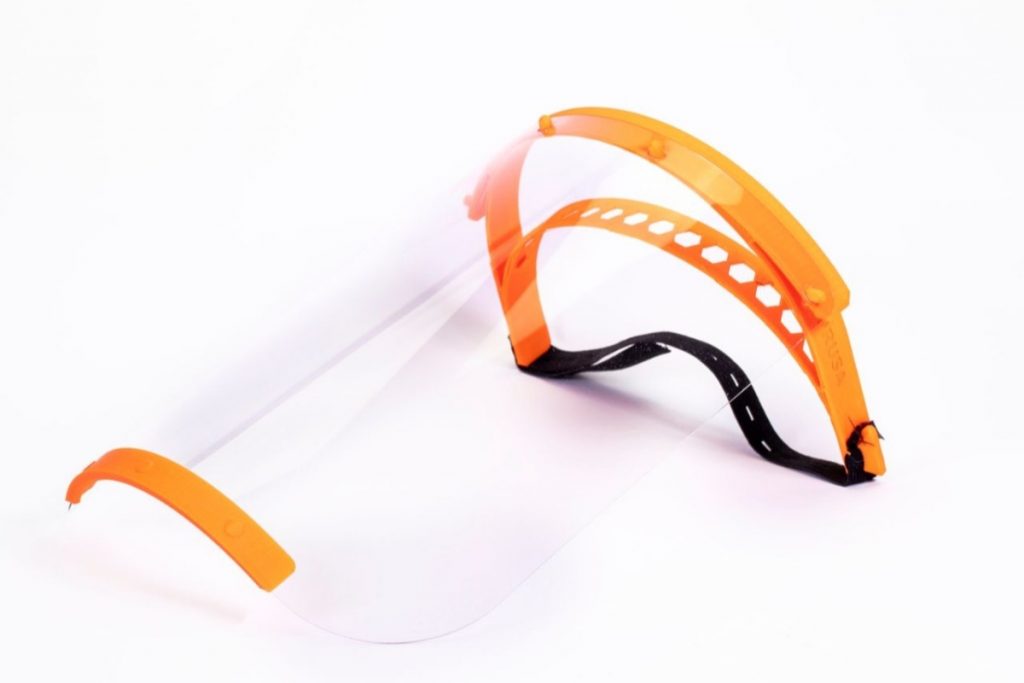 Senior Phil Mundt is using skills he learned at Central Michigan University to help the people who battle coronavirus on a daily basis – medical personnel.

Last week, Mundt set up a GoFundMe to help raise $8,500 to create 1,000 face shields to help protect the doctors and nurses that are around this epidemic daily.

“The true heroes are the ones on the front lines, putting their lives on the line to keep us safe,” Mundt said. “We have to support our health care workers right now.”

Mundt’s father is a 55-year-old nurse practitioner in Detroit, where the virus has hit especially hard.

“He came home and told me he had one face shield all day and didn’t receive it until halfway through his shift,” Mundt said.

That’s when Mundt knew there was a problem and he needed to help.

While Mundt didn’t create the design of the face mask itself, he has made other products before including one that has an issued patent called Soundcup. Soundcup is a noise amplifier that amplifies the sound from your phone speaker without ever having to charge or connect it to an outlet because there are no electronic parts inside the speaker itself.

Mundt is also in the master’s honors entrepreneurship program, which is an accelerated program on campus that allows one to earn their masters in one year instead of two.

The program holds a New Venture Competition for students where they present a pitch for their idea and the winner gets money to help fund that idea. Mundt won last year for Soundcup.

He was able to get hands-on experience with 3D printing and injection molding through the creation of Soundcup.

With the money that’s been raised, Mundt has been able to order two printers and enough materials to start producing face shields. He ordered lower cost printers so he could start production right away.

“I’m hoping to get to the point where I could produce 100 masks a day,” he said.

His overall goal is to make at least 1,000 face shields to send out to health care providers in Michigan. While the lower cost printers won’t produce the same quality of products as another, Mundt believes that anything is better than nothing.

That doesn’t mean the journey would be over after making 1,000 face shields. For Mundt, that would just be the start.

“Even if they aren’t needed as much in the near future, I’m still intending on prototyping and testing out new designs for facemasks and other products,” he said.

Mundt has been praised by his peers since he started asking for donations, but he doesn’t want the attention focused on him.

“At the end of the day, it wouldn’t be possible without the people who donated and supported me and the people on the front lines that are keeping us safe right now,” he said.

To find more information on how to donate or on the product itself, go to https://www.gofundme.com/f/fface-shield-fundraiser-costs.