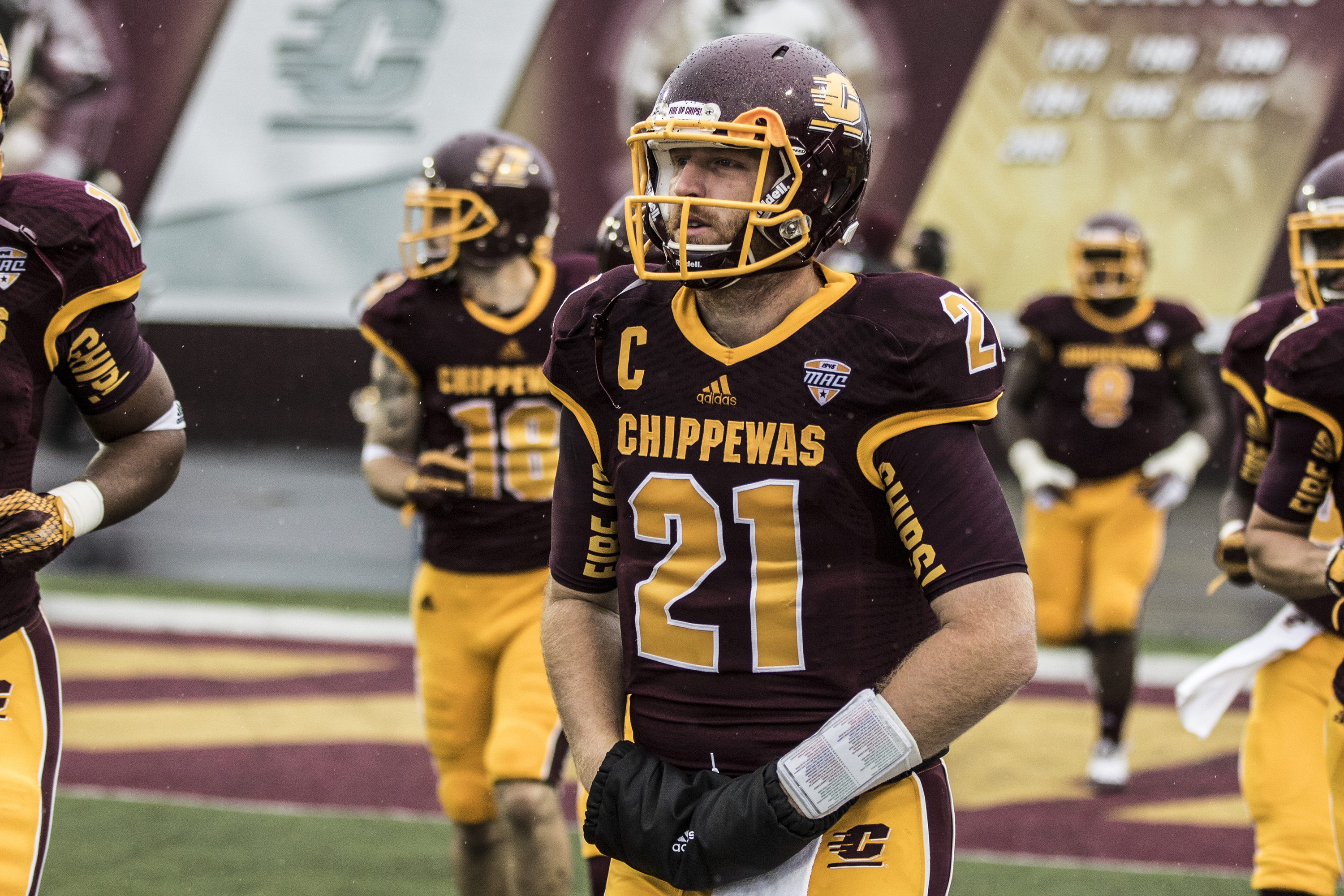 During Central Michigan University’s 12 football games this season, the number 21 will be worn in an effort to honor fallen teammate Derrick Nash.

Nash, a Saginaw native, was diagnosed with leukemia in May 2013,  just shortly after signing his letter to play for CMU’s football team. At Carrollton High School, Nash rushed for nearly 2,000 yards, scored 28 touchdowns and ranked 43 in the Detroit Free Press’ Fab 50.

After one full year of battling cancer, Nash was cleared to play football and joined the spring practice squad in 2014.  However before the season was able to start, Nash fell out of remission.

Nash was honored last season as teammates wore the number 21 on the back of their helmet and named him captain of the team during the Popeye’s Bahamas Bowl. Fans and CMU students alike honored him by posting the hashtag “#NashStrong” to all social media platforms.

During his second battle of leukemia, Nash lost in the fight, passing away on June 22, 2015.

To show remembrance and honor to a former teammate on the field, Head Coach John Bonamego decided the number 21 won’t be worn on the field this season, but rather passed around to a different team member each game.

Selected by who plays best each week, wearing Nash’s number motivates players to play their best in honor of a fallen teammate.

A total of four players have worn the number so far. As the season continues on, the number will continue to be passed.

During the Chippewas Homecoming game against Northern Illinois, quarterback Cooper Rush had the honor of wearing Nash’s jersey. But the team truly honored Nash as they played an outstanding game against the Huskies, bringing in a win for the season.

As for the best player out of the NIU game – Linebacker Tim Hamilton.

Hamilton ended the game against the Huskies with 11 tackles, one interception and one fumble recovery, both leading to touchdowns for the Chippewas. Hamilton was honored when selected to wear Nash’s number against rivalry team, the Western Michigan Broncos.

Although this past weekend’s game ended in a loss for the Chippewas, Nash’s number still continues to be passed around throughout the end of the season, keeping him in spirit.