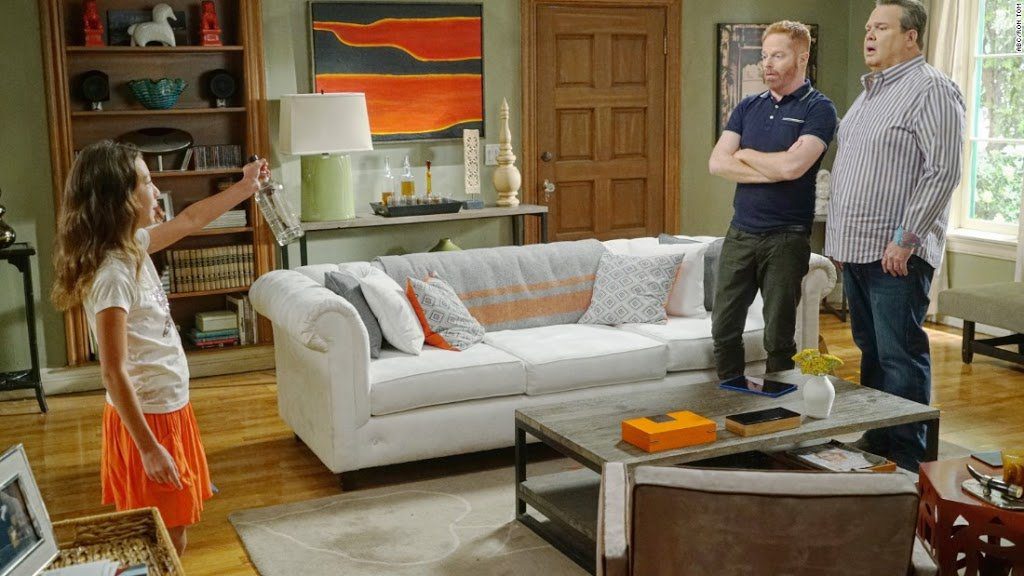 The term ‘modern family’ usually describes a family who is modern or “in the know” with what’s going on. They know what’s popular and common. At least, that’s what we’ve considered the “modern family” to be until September 23, 2009 when the very first episode of the TV show, “Modern Family” premiered.

Modern Family’s plot follows one extended family in three households from all different walks of life. It starts with the nuclear mother, father and three kids, then transitions to a single mother, her son and his step father. The last household consists of two married men with a little girl, for a grand total of eleven family members.

Modern Family encompasses a significant amount of daily interactions, trials and tribulations that we face in our every life and makes us laugh at the various situations we encounter with family.

We were curious what the Central Michigan University community thought about this addition to the show, since it has contained the same main cast members for years.

Junior Taylor Woodall, an executive board member of Spectrum, a Central Michigan University Residential Student Organization, gave us some of her thoughts.

Grand Central: So, Modern Family decided to cast an 8-year-old transgender actor for an upcoming episode, how do you feel about that?

Taylor Woodall: That’s rad! I don’t know. It’s cool to see the community represented in mass media in more than a negative light.

GC: Would you say they’re usually seen in negative light?

TW: If you go outside “Orange is the New Black” which is the most stereotypical trans community image, then it can be. Like, there was the huge debate about whether or not some states in the south should allow gender neutral bathrooms or trans individuals to use the bathroom of their choosing.

GC: Do you think it’s taken too long/too soon? What are your thoughts about the timing?

GC: Why do you think it’s taken this long?

TW: For a long time, being transgender was considered a mental illness along with being gay or being homosexual, so I think what took so long was working on acceptance from the community.

GC: Why do you think there wasn’t just acceptance to begin with?

TW: Ignorance. The inability to accept what can be seen as different to everyday individuals like being trans is different from the “norm” of being cisgender and heterosexual. It’s different, and people like to dance around controversial topics, except for our generation is so blunt, accepting, and willing to go outside the norm.

Look forward to seeing Jackson in upcoming episodes to see what he brings to the modern family we know and love.