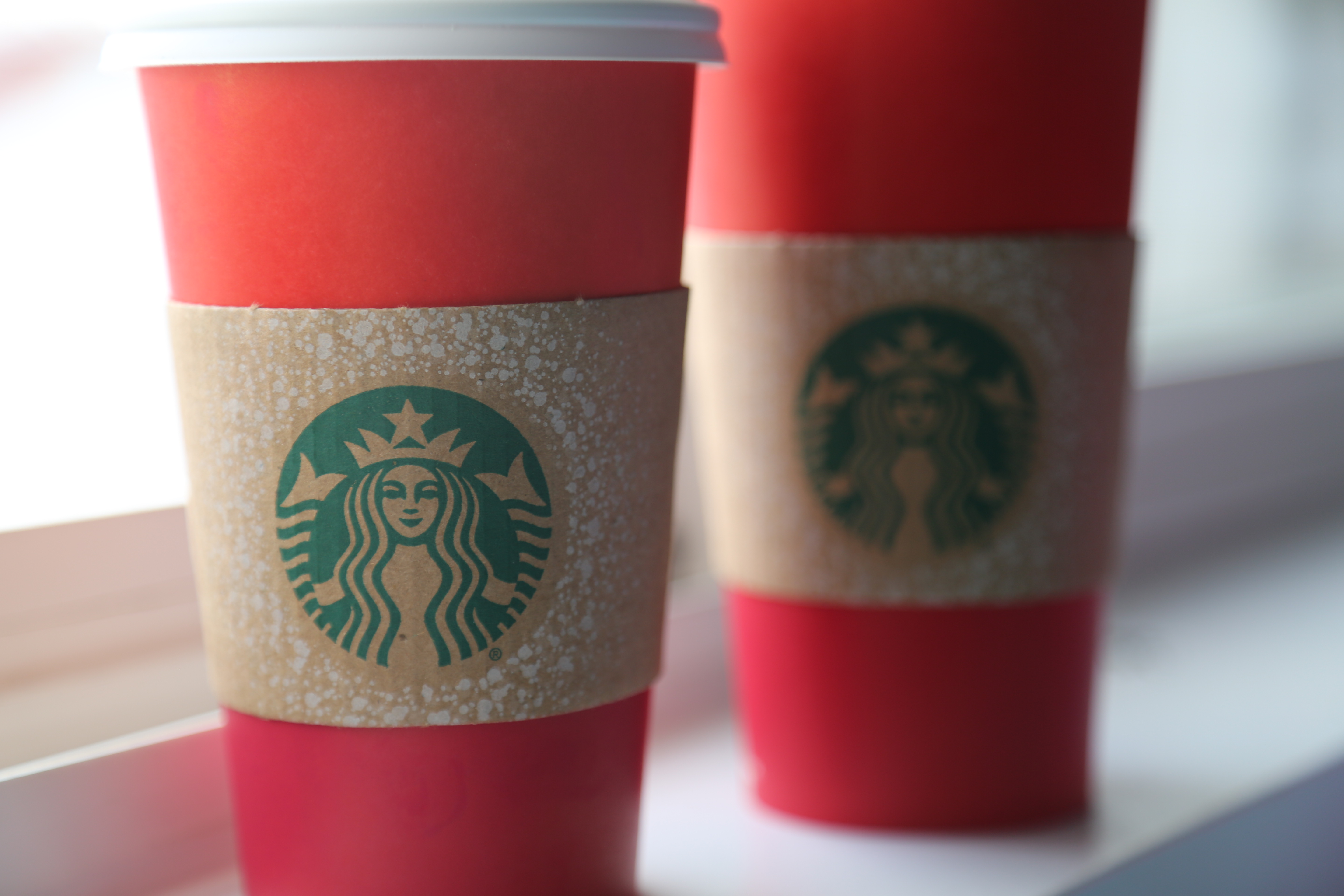 In fact, people claim to be oppressed by the cups. How could someone be hurt by these red cups of coffee? Well, some say it attacks their religion.

In November, the #RedCups came under fire on social media for not representing Christmas. People were outraged that Starbucks did not have anything that was Christmas related on the cups.

The controversy started after Facebook personality Joshua Feuerstein posted a video claiming that the cups took the “Christ out of Christmas.” During the video Feuerstein “pranked” them. When Starbucks asked for his name, to label the cup, he replied with “Merry Christmas,” and wore his Jesus Christ T-shirt in the store. Feuerstein also carried his concealed pistol in the shop, claiming that they “hated the Second Amendment.”

This caused an uproar on social media, with people emerging on both sides of the argument. It seemed that majority of people thought the issue was nothing to be upset about, however a vocal minority, which includes presidential candidate Donald Trump, were angered by the non-descript red cups.

As coffee is a college student’s delicious best friend, Central Michigan University students thought the issue wasn’t one at all.

“They are in no way demoting Christmas as a holiday,” Grand Rapids freshman Natalie Campbell said.

Detroit freshman Isiah Moral agreed, saying it was “blown out of proportion.”

In the past, Starbucks used similar designs, spanning all the way back to 1997. Many of which featured pictures of snowmen, sleds and snowflakes. These are more or less reflections of the winter season, but not Christmas specifically.

“2015 was the year to be offended,” Williamston sophomore Loren Harvey said. “Everyone had something to be offended about.” Harvey is referring to other incidents, such as the boy who got in trouble because the Pop-Tart he was eating was gun-shaped in Maryland.

Want to see what the controversy is all about? Starbucks has a location in the Bovee University Center. According to CMU students, religious oppression isn’t pumpkin spiced.