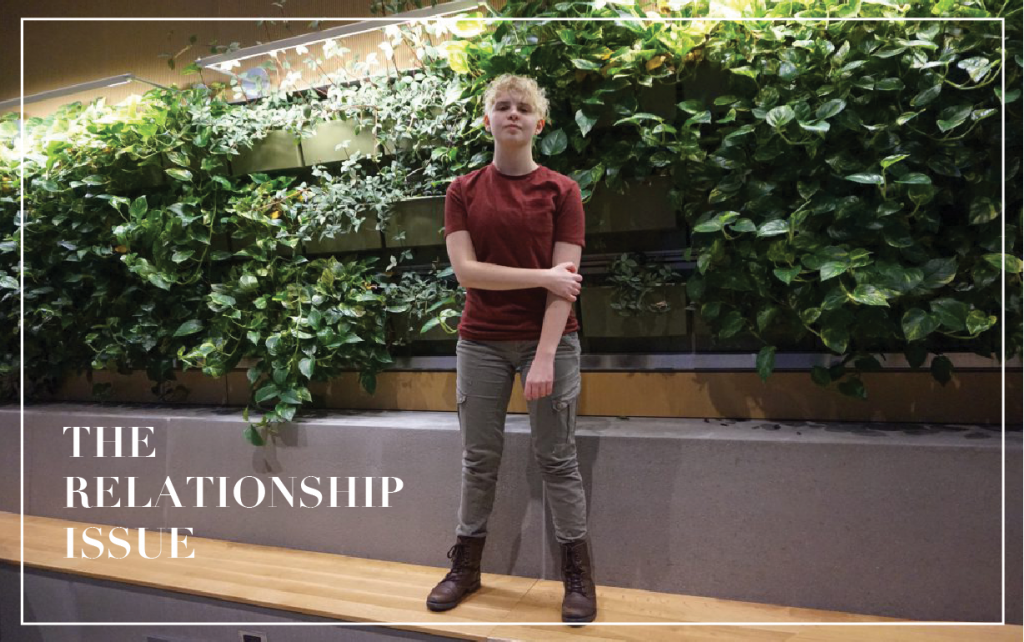 When the average person hears of an androgynous individual, they may think that constitutes with a certain level of fame, comparing the term to individuals like David Bowie, Prince, Ellen or Ruby Rose who defy their gender expression in the eyes of the public.

These individuals may identify with their gender assigned at birth, but feel more comfortable portraying and expressing themselves in opposite gender clothes, or they may live in the gray area of gender.

Either way, androgyny makes one question the traditional beauty standards within gender. 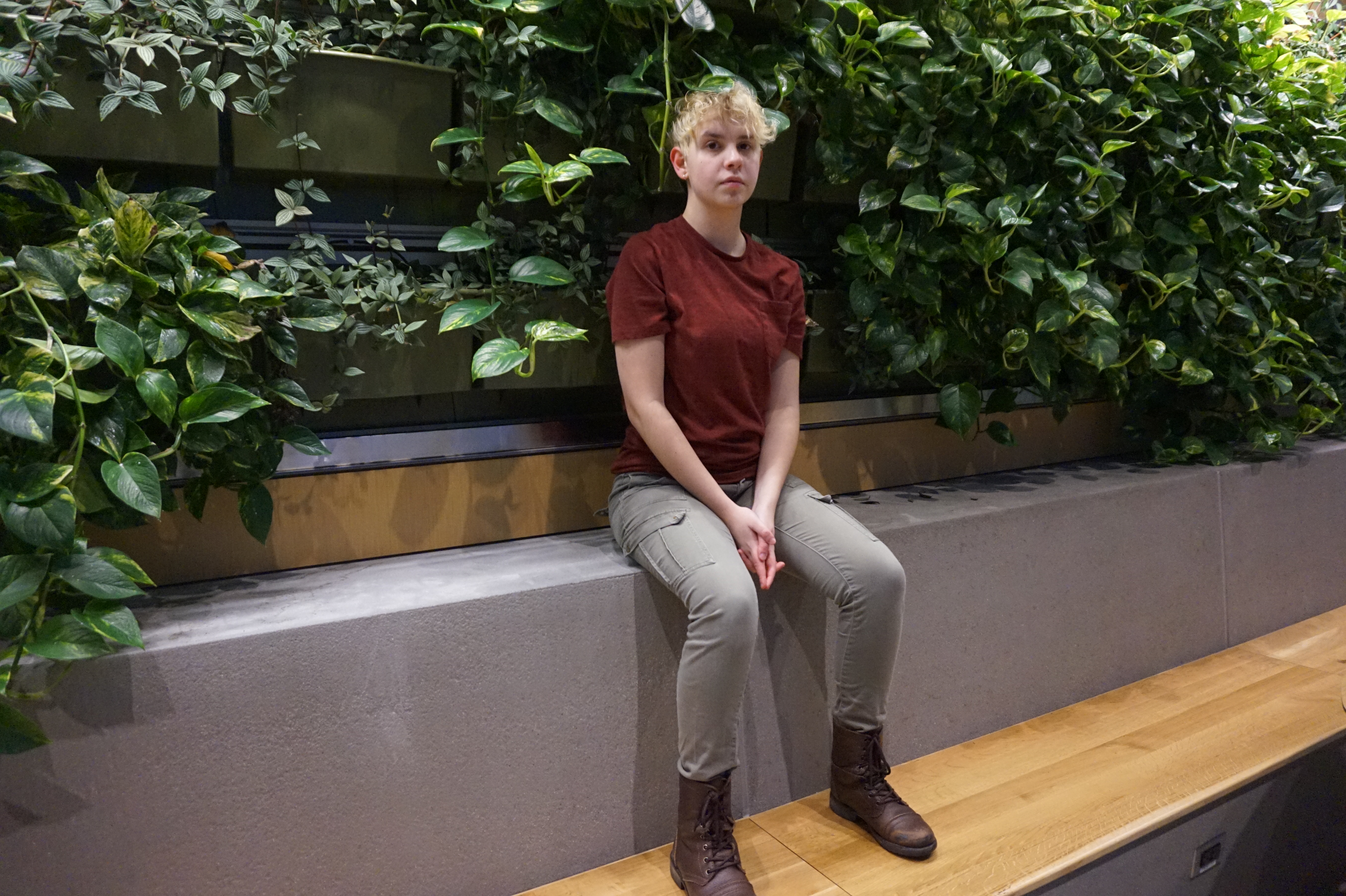 For me, it is eye-opening to watch Prince perform “Kiss” while confidently strutting about the stage wearing tights and makeup. It amazing to see how confident Ellen is in society’s definition of male clothing. I am enthused to see gender fluid model Ruby Rose peer into the camera with their masculine essence and alluring gender-bending features. It also makes me happy to see that Covergirl recently gained a male spokesperson, James Charles, who expresses himself in the world of femininity and makeup.

This is the Beauty of Androgyny
The textbook definition of androgyny is relatively an individual who embodies both male and female characteristics in appearance.

AKA, an individual “who can do both” (as one would say on social media!). What does it mean for an individual to be able to express more than one gender?

Gender expression is how one would like to be perceived in the world. Some are perceived as male, some as female, and some are in between, as myself.

As someone who was born female and identifies as gay, I always knew I was different. 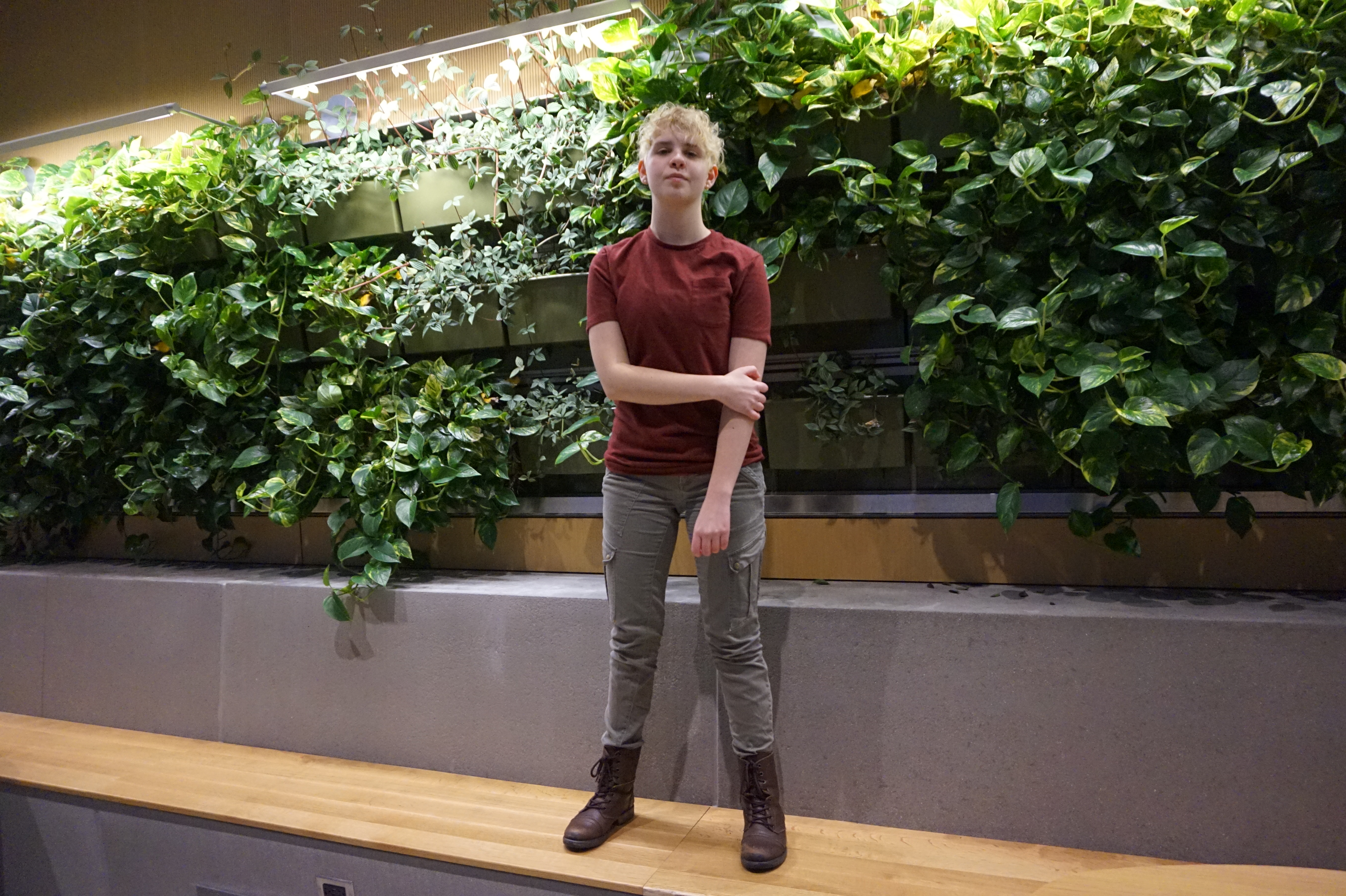 Even as a young child, I looked like a young boy and was mistaken as such. I had the typical tomboy stage that many young girls go through, which included boys clothing and toys.

For me however, this stage creeped into my early adulthood, and I like to experiment with my own gender expression now.

Most days I keep my curly pixie hairstyle roughed up, while presenting myself in masculine clothing. I also prefer to bind my chest. While in high school, I tried to present myself as girly to keep my family happy and keep from others questioning, but that was not me, and I was not happy.

I do not feel that I fit the traditional definitions of male and female. I am somewhere in the middle.

For some reason, this scares some people. People have a hard time accepting what they cannot see or cannot relate to. Not everyone questions their gender. But there is no real rule to androgyny.

Feeling Comfortable with You
I can choose to wear masculine-looking clothes and wear makeup one day. I can go makeup-less and wear a woman’s shirt the next. I can bind and wear boxers. I can do all of these things because it is how I feel the most happy expressing myself. 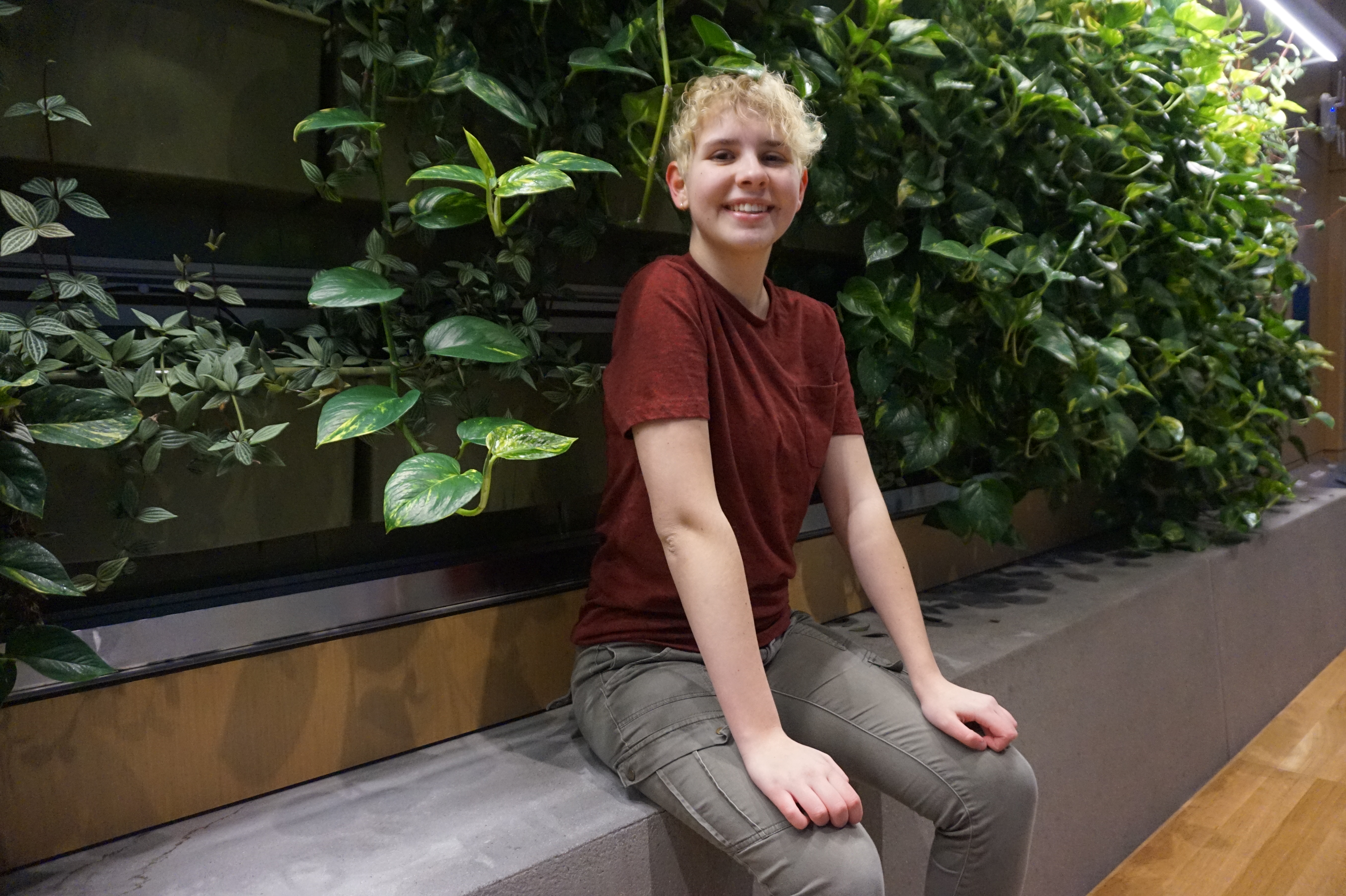 I know that I possess both masculine and feminine qualities, and I am happy embracing them. These qualities make me love myself more and more everyday.

It is not uncommon for androgynous people to be mistaken for the opposite gender from time to time. I have had an abundance of different reactions depending on the day, including: a gay man hitting on me or a boy from school asking whether or not I was born with male or female parts (which is not okay!).

There are some individuals who are respectful, though.

They notice I do not necessarily present completely female and they ask me my pronouns, which I greatly appreciate. I respond with gratitude and tell them I am most comfortable with gender neutral ones i.e. they, them, their.

What Androgyny Tells Us
Androgyny tells society there are unique individuals out there who are beautiful by being themselves.

They are beautiful because they have both masculine and feminine qualities. Clothing and style has no gender. There is no rule to how one perceives themselves and how they want to be perceived in the world. 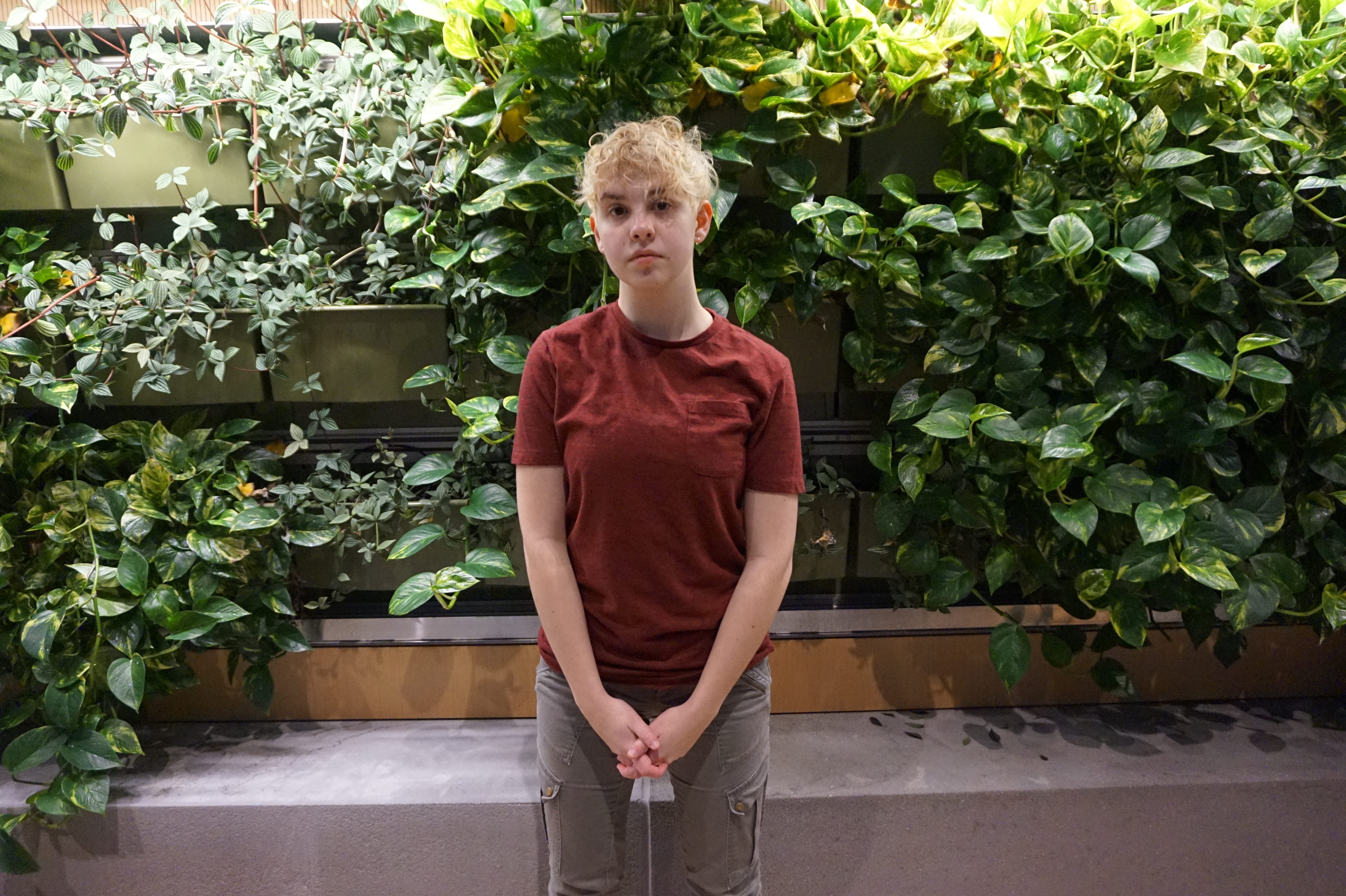 There is true beauty in allowing oneself to experiment and express their gender expression differently than what society perceives as okay.

Coming to terms with that is the ultimate relationship with clothing and one’s self.